A while back, Captain Cavedweller and I were out of town and happened upon an enormous antique store filled with all sorts of goodies. 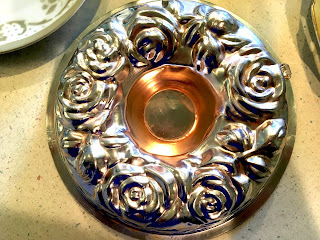 One of the items I had to have was this ring of roses mold. I just love it.

It made me think of Victorian molds and how popular molded desserts were back in the day.  Victorians used molds made of hammered copper, tin, stoneware and ironstone.

Victorians molded everything from butter to ice cream, but today I thought it might be fun to share a few Victorian pudding recipes, perfect for summer!

COCONUT PUDDING
One quart of milk, three tablespoonfuls of cornstarch, the yolks of four eggs, half a cupful of sugar and a little salt; put part of the milk, salt and sugar on the stove and let it boil; dissolve the cornstarch in the rest of the milk; stir into the milk and while boiling add the yolks and a cupful of grated coconut. Flavor with vanilla.

COLD BERRY PUDDING
Take rather stale bread--baker's bread or light home-made--cut in thin slices and spread with butter. Add a very little water and a little sugar to one quart or more of huckleberries and blackberries, or the former alone. Stew a few minutes until juicy; put a layer of buttered bread in your buttered pudding-dish, then a layer of stewed berries while hot and so on until full; lastly, a covering of stewed berries. It may be improved with a rather soft frosting over the top. To be eaten cold with thick cream and sugar.

CHERRY PUDDING, BOILED OR STEAMED
Two eggs well beaten, one cupful of sweet milk, sifted flour enough to make a stiff batter, two large teaspoonfuls of baking powder, a pinch of salt and as many cherries as can be stirred in. Boil one hour or steam and serve with liquid sauce.
Cranberries, currants, peaches, cherries, or any tart fruit is nice used with this recipe. Serve with sweet sauce.

BAKED HUCKLEBERRY PUDDING
One quart of ripe fresh huckleberries or blueberries, half a teaspoonful of mace or nutmeg, three eggs, well beaten, separately, two cupfuls of sugar, one tablespoonful of cold butter, one cupful of sweet milk, one pint of flour, two teaspoonfuls of baking powder. Roll the berries well in the flour and add them last of all. Bake half an hour and serve with sauce. There is no more delicate and delicious pudding than this. 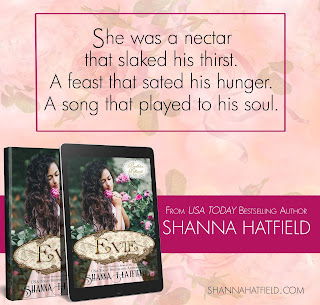 Posted by Shanna Hatfield at 7:58 AM