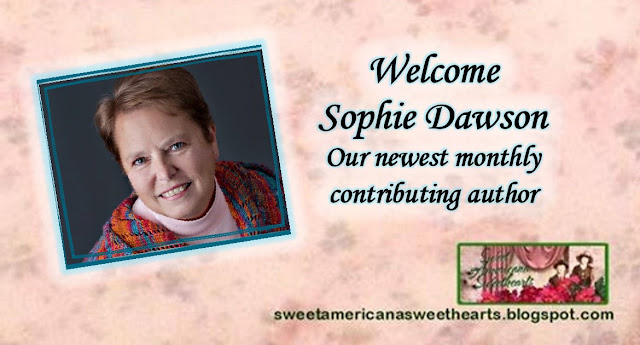 Sophie Dawson has made up stories in her head all her life. It wasn’t until 2011 that she began writing typing them out.

Sophie writes Christian fiction(translate that to romance). Her first books were all historical fiction romance. They’ve won multiple awards and garnered rave reviews. Now, Sophie is branching out into contemporary romance though she plans to continue writing historical and hopes to add more books in her popular Cottonwood and Stones Creek series.

Sophie lives with her husband and cat on a farm in western Illinois. She’s an avid seamstress and was a professional quilter for a number of years before the writing bug bit. She’s just thankful it’s not fatal.

She lives on a farm in western Illinois with her husband and  extremely old cat. She loves reading, sewing, gardening, computer games and traveling. An avid seamstress she was a professional quilter before the writing bug bit. Thankfully, the bite wasn't fatal.

Sophie has been writing the Cottonwood series and the Stones Creek Series. Her next release will be out soon. Her book, Chloe's Santuary, was featured on a previous Blog Tour Tuesday post which you may read by CLICKING HERE. 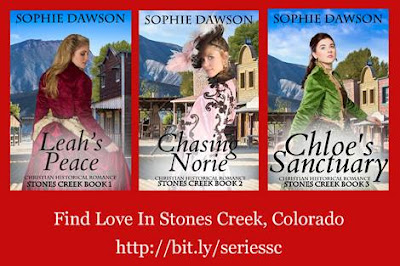 Hi Yo Silver and Away!

HORSES ~  I love them.  One reason I have always liked westerns is because of the horses. Silver, Trigger, Fury. Remember them? 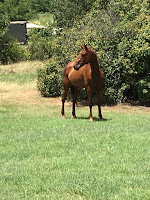 I went on vacation and came back to find a visitor in my yard. My son told me the horse was just visiting and mowing grass. So, I call him John Deere.

He must be hungry because I rarely see him with his head up. He's normally munching on the grass.

Thanks to the Spanish Conquistadors, America has horses. It would be hard to think of the Indians charging across the plains, on foot.
Or a cowboy without his horse. 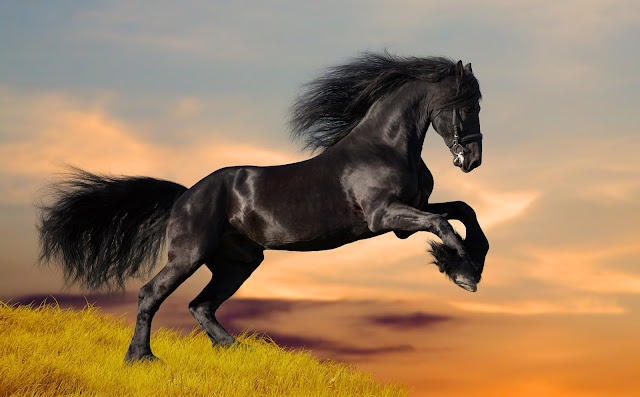 And while we write sweet romances where the guy gets the gal and all live happily ever after, I like to think of them riding off into the sunset together.

[Funny side note - my last book ~ Ellen's Lesson in the Sweet Americana Series - Sweethearts of Jubilee Springs. I don't think I have a horse in the book. But I do have a burro named Pickles and her baby - Amerigo.]

So, what color of horse do you like the best? Black, white, red sorrel, bay, paint, Appaloosa, Palomino, Roan?

Watch for more horses in my books and enjoy the stories when horses ran wild, the country was young, and sweet romance moved men and women across the country.
~~
You can find more of my books on Amazon Books by Patricia PacJac Carroll

It's All about the Feathers... 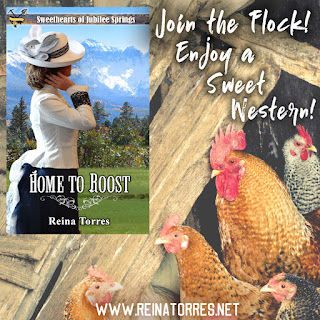 Part of the fun of writing "Home to Roost" was that I could include a bunch of 'extra characters' in my story... they were representing something I was missing in my daily life. Don't laugh... my chickens.

Yes, we used to have chickens at home. Four fluffy, brown mixed 'blood' chickens.
We started our familial love of the feathered beings when my son had his first summer as a Boy Scout Camp Counselor. Assigned to the nature lodge, he wanted to raised some chicks by hand. There were wild chickens in the woods, but catching them without hurting them was going to be an issue. So I found a hatchery, which by good fortune was only about twenty minutes from where we were living.
Two chickens went to Camp Pupukea and came home nearly ready to start laying eggs. They easily became part of our family, but a few months after they came home a neighbor reported a man who ran into our backyard and stuffed both chickens into his backpack and ran away.
My son was devastated.. those were his babies.. Thing 1 and Thing 2 were gone...

Left with a coop and saddened hearts, we didn't stay lonely for long. The hatchery had four extra chicks from a hatching and we took them home.

Things to know.
Keep those little ones warm. Using a desk lamp and the box they came in, we keep our little babies warm on the back porch until they were big enough to keep themselves warm.

When they start laying eggs. Don't leave the eggs in there for long before you remove them from the coop/hutch. If for some odd reason the eggs crack and they eat the insides, they'll develop a taste for it... yick. We found one of those long 'reach' helpers from the store and used those to retriever the eggs from the nesting area. Using your hand can open yourself up to a lot of pain.

Chickens give and receive. We gave them our kitchen scraps (make sure you check before you feed, not all scraps are good for your feathered friends) and in return our garden had free fertilizer. The pesky bugs were extra food for the ladies. And the shells from the eggs can be broken up (read pulverized) and mixed in with soil to add to the health of your yard.

It's a win win all the way around.

But what's the best part of it.. the chickens. Those crazy little cluckers. Two were fun, but four? Holy Cow! Those ladies were a hoot! A stray cat made the mistake of trying to attack one of them and got the receiving end of a whole bunch of angry beaks and a ruckus the likes of which I had never heard before! We never saw another stray cat in the backyard. Apparently, the frisky felines learned which yard to stay away from.

Don't get me wrong.. .those ladies were vicious! But they were also cuddly! They sounded differently when they saw me coming, or when it was my son or my mom. They sounded like they had completely different 'languages' for each of us. Two of them liked hugs. One couldn't be bothered for human contact unless you had a scoop of food in your hand. The last was a crazy little thing who probably had half a brain cell in her head.. but she was a hoot.

They were a ton of fun. They were part of the family, but when we had to move to an area that wasn't rural/animal friendly, we had to give them up. The hatchery found a farmer who had a big coop and a huge yard and wanted more chickens... we all cried the day they went to their new home, but a few days later, we got a call from the farmer. He'd never seen such odd little chickens... well, I guess when you're a part of my family you absorb the crazy.

When I joined in to write a story for the 'Sweethearts of Jubilee Springs' I knew I had to write about chickens, so Quinn ended up having a big ol' flock of feathered friends. The big difference with my life was that we didn't have a rooster at home. We didn't want chicks... just the eggs.

Writing "Home to Roost" gave me the ability to visit with my little feathered friends, if only in my memories and my imagination. I enjoyed my little foray into the world of Livingstone Quinn and his little mud-covered 'Birdie,' Brigid Belham.

I hope you'll get to know my couple and their dozens and dozens of feathered family members! 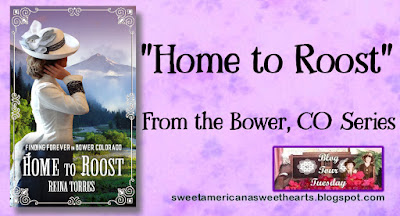 About Home to Roost:

She didn’t have a place to belong. He thought he was happy by his lonesome. When she stumbled into his life, everything changed.

You may purchase Home to Roost by CLICKING HERE.


Brigid followed along, swept up with the other woman’s gentle enthusiasm. She felt some of the knots in her stomach begin to unravel and she felt her own hopeful nature rising amidst the uncertainty that had held her in its grips since her father’s surprise engagement.

**Tomorrow is my regular Blogging Day... you'll learn more about my love of chickens.. :D And my book Home to Roost will have changed to its 'Regular Price' of $1.99 - See you tomorrow!!**

Posted by Reina Torres at 12:00 AM No comments: