Meet guest author Patricia Kiyono who shares her journey that lead to her writing her novella, Searching For Lady Luck
From Beach Vacation to Historical Novella
By Patricia Kiyono

In late 2013 I accepted a challenge from the owner of Eskape Press to write a novella to be included in a free book giveaway at the 2014 Romantic Times Convention. The parameters given were: the story needed to be a historical, and it had to be based on the theme “Lady Luck.”

The theme reminded me of the song “Luck, Be a Lady” from the musical Guys and Dolls. The song, in turn, reminded me of Atlantic City’s many casinos, and that brought to mind a wonderful vacation I took in 2005 on a little island off the coast of New Jersey, in a town called Wildwood. Its wide, sandy beach and boardwalk make it a popular tourist attraction. There are shops of every kind, food establishments to meet every budget. It’s a busy place, but it felt homey. I couldn’t find a picture of the Wildwood boardwalk, but here’s a picture of Seaside Heights, which seems similar – except that in Wildwood the hotels and restaurants sport a more 50s retro look.

I wondered what sort of conflict I could place in the center of such a happy place. And then it occurred to me: The Great Depression would have had a devastating effect on the economy of a place that depended on tourism as its main industry.  Here’s a picture of the boardwalk at Atlantic City, about 45 miles northeast of Wildwood, in 1913. Twenty years later, the boardwalk was much less crowded as people worried about feeding their families and couldn’t afford vacations.


Now that I had my setting, I needed to create characters affected by this dilemma. An artist like Charlie Brannigan would have struggled to sell his paintings. The US government began a special program to assist artists, but Charlie had a family in Wildwood who needed him, so he returned to his home and sold newspapers in the well-to-do area of Cape May to help support them. He and his brother were probably older than most newsboys, but they were willing to take what work they could find.

Rose Sheffield was a New York socialite whose standard of living changed when the Wall Street Crash of 1929 happened, causing her banker father to commit suicide. Ever practical, she sold her family home in Manhattan and moved with her mother to the family vacation home in Wildwood. Though she was able to pay off most of her father’s creditors, she had to work to keep food on the table. She had to give up luxuries like having a car, new clothes each season, and a cook, but she was resourceful and not afraid of hard work.

Charlie and Rose meet on the boardwalk and soon work together to create a solution that helps both their families as well as the entire town, and forge a bond that lasts long afterward. 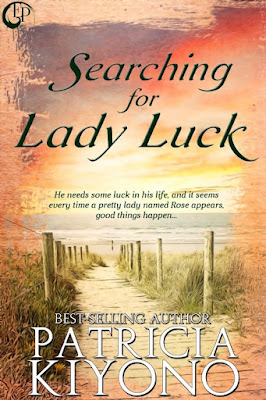 Only seven years have passed since Rose Sheffield was a carefree college student, though it seems like a lifetime ago. Her father’s position at a major bank provided her with luxuries she took for granted. Now she works at menial jobs to support herself and her mother, and they live in what used to be their vacation home in Wildwood, New Jersey. Rose’s days are pure drudgery, until she meets Charlie. As luck would have it, she just happens to have the perfect place to display his artwork.

Before the Great Stock market crash of 1929, Charlie Brannigan was hailed as an up and coming artist in Manhattan. But now he’s back at his family home in Wildwood, delivering newspapers in the mornings and selling his paintings on the Boardwalk in the afternoons. He needs some luck in his life, and it seems every time a pretty lady named Rose appears, good things happen.

“I didn’t think you’d sell anything out there today,” Connor, younger than Charlie by four years, teased him as they set the table. “I know the Boardwalk has been busier lately, but I figured it was still too chilly for the society ladies to be out strolling.”
“I thought so, too. In fact, I was ready to come home when this lady came and helped me retrieve one of my miniatures that the wind had blown off the crate. I figured I’d have to chase it out onto the beach, so I was glad she caught it for me just before it blew off the Boardwalk. She didn’t buy the painting, but after she set it back, another woman came and bought that very one, as well as the ones on either side of it.”
“Wow, that’s a coincidence,” agreed eighteen-year-old Katie as she entered the dining room. She set a serving bowl of steaming beef stew on the table and went back into the kitchen.
“You must have met your Lady Luck,” said Connor.
“My what?”
“Lady Luck. Remember when Uncle Phineas would go to Atlantic City? He’d talk about the women in the casinos. If one of them happened to be nearby when a gambler hit it big, that woman would be his Lady Luck and he’d keep her by his side the rest of the night.”
“Lady Luck. That’s pretty much how I felt about her. It was as if she put a special spell on those paintings and that’s what made the next person buy them.” 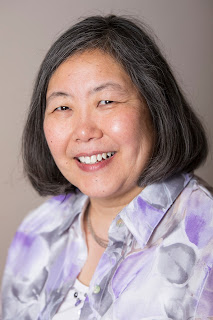 She lives in southwest Michigan with her husband, not far from her children and grandchildren. Current interests, aside from writing, include sewing, crocheting, scrapbooking, and music. A love of travel and an interest in faraway people inspires her to create stories about different cultures.

Buy Links: Searching for Lady Luck can be purchased at Amazon, Barnes and Noble, Smashwords, and other ebook outlets.

Posted by Zina Abbott Author at 1:00 AM 8 comments: