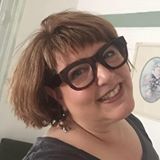 A consistent Top 100 lists bestseller, Kit Morgan, aka Geralyn Beauchamp, has been writing for fun all of her life. When writing as Geralyn Beauchamp, her books are epic, adventurous, romantic fantasy at its best. When writing as Kit Morgan they are whimsical, fun, inspirational sweet and clean stories that depict a strong sense of family and community. She hopes you will enjoy reading this first book in the Mail Order Bride Ink series.

MEET THE WEAVERS! They’re loud, they’re boisterous, totally unpredictable and, they’re looking for wives. Now all your favorite Weaver books and stories from the Holiday Mail-Order Bride series are together in one volume! Read about Arlan, Benjamin and Calvin Weaver as they traverse life and love on the Weaver farm along with a few added surprises. It’s one big happy family in one big fun-filled book! If you’ve never met the Weaver’s, then here’s a little glimpse:

ARLAN: Arlan had often thought of getting himself a mail order bride, but now that he had, he wasn’t sure the pretty little thing The Ridgley Mail-Order Bride Service sent him was tough enough to handle farm life, let alone his brothers. But Arlan soon found his new little wife was chock full of surprises. In more ways than one.
Samantha Carter never considered becoming a mail order bride. She was to marry as soon as she turned eighteen and be out of her uncle’s hair not to mention his house. But her uncle had other plans, and wanted Samantha for himself. Discovering his intentions, she ran to the only mail-order bride service she knew of, and begged Mrs. Ridgley to send her somewhere, ANYWHERE that would get her away from her lecherous relative. And so, Mrs. Ridgley sent her to Nowhere.

BENJAMIN: The Weaver clan was growing. Not only was Arlan, Ma Weaver’s oldest son and his wife about to have a baby, but Benjamin, one of her identical twins, was about to get his very own mail-order bride! Ma Weaver couldn’t be happier! Sure, Benjamin and his brothers had been sheltered in the small valley where they lived most of their lives, and maybe they didn’t live as fancy as some folks. But they lived well, and Ma Weaver was determined her sons would marry well too.
Charity Cross discovers just that when she becomes Benjamin’s mail-order bride. But Charity has a secret, something with the power to tear them apart if she isn’t careful. The problem is, she has no idea how or what “careful” looks like. Not after what she’s been through …

CALVIN: First Arlan, the oldest, got himself a mail-order bride, followed by his younger brother Benjamin, one of identical twins. Now it was Calvin’s turn. But Calvin’s mail-order bride was different, really different. For one, she was Italian, an immigrant who spoke broken English. She was also the most beautiful woman Calvin had ever seen. But this vision of loveliness had a not so lovely secret. Can Calvin and his new bride make a go of it while other secrets threaten the family’s peaceful existence? Find out in this hilarious romp with the Weavers!

Viola Todd and her two small children, Wylie and Katie, set out for Morgan’s Crossing, Montana to start a new life, but not without a few unexpected bumps along the way! For one, Viola’s absent-minded brother, Clarence, their reason for leaving Baker City, Oregon and moving in the first place, forgot to pick them up from the train station! Stranded in Sweetwater Springs, Viola didn’t know what to do! Thank heaven for Caleb White.
Caleb White had never set foot outside of Clear Creek and its surrounding prairie. But when offered a chance to work at the Jones Ranch in Montana, he jumped at it. He always dreamed of one day having his own horse ranch, and this job was one step closer to making his dream a reality. Then, he saw her. The beautiful widow and her two children were a delight to travel with, not to mention rescue, when her forgetful brother forgot her! But Caleb couldn’t afford to get attached, no matter how pretty, kind and sweet she was. His new position at the Jones ranch was all that mattered if he was to get what he wanted. But sometimes, unexpected things happen …
Enjoy this sweet, historical western romance full of unexpected surprises! Available on Amazon.