After such a grand Day Four and Independence Rock, we awoke in Rock Springs on Thursday, December 20th, had an awesome breakfast and hit the road . . . or the Oregon Trail. The landscape turned from rocks everywhere to a few trees here and there. In the 1850s when wagon trains traveled our direction, fires for cooking were important. 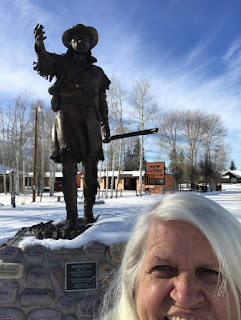 Fort Bridger was our first stop that morning in Unita County, the southern-western-most corner in Wyoming.

I introduced Jim Bridger in the last installment as the guide for the U.S. Army when they were searching for the best way through the territory for the wagon trains.

He is honored there with a full statue.

Mister Bridger established a trading post on the Black Fork of the Green River in 1842, and the Army, a military post in 1858 during the Utah War, also known as the Utah Expedition, Buchanan's Blunder, the Utah Campaign, ot the Mormon War or Rebellion.

It basically was a non-bloody confrontation of the soldiers President Buchanan sent to Utah to negotiate and the Mormons who suspected they were to be slaughtered, having been persecuted before in other areas. 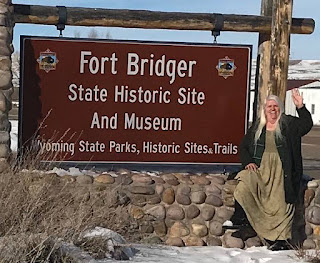 It became a vital re-supply point for the settlers heading west. Fort Bridger served the area until 1890 when it closed.

At that time William Clayton was named sutler, a civilian merchant who sold provisions.

About twenty minutes (for us----more like two days for the settlers) out of Ft. Bridger, the landscape changed again to abundant scrubby evergreens that would have been used for fuel to save the gathered wood.

From there, we traveled north toward Ft. Hall. 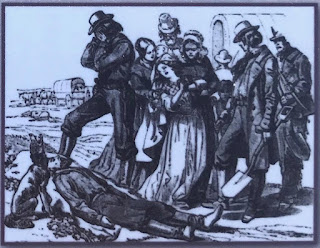 It was a boring stretch for sightseeing. On the way though, we stopped in Montiplier, Idaho where there's a wonderful Oregon/California Trail museum.

Bear Lake there served as a resting place for the wagon train sojourners with lush meadows and water aplenty.

No doubt they had their fill of fish for supper, for which I'm sure they were profoundly grateful.

It is estimated that conservatively, twenty thousand souls died on the Oregon/California Trail; illness was the most common cause, accidents next. Smallpox, influenza, measles, mumps, tuberculosis claimed many lives, but cholera was the worst.

Being run over by a wagon was the number one cause of accidental deaths with accidental gunshot wounds coming in second. The deceased were often buried directly under the trail so the dirt would be hard packed, protecting the body from scavengers.

Imagine a wife losing her husband or worse, losing a child on the trail.

In UNIQUELY COMMON and REMI, the two books released in April and May, they had to quarantine the wagons once for measles, and two minor characters died from them. Another man was killed in an accident. It proved a hard, merciless journey. 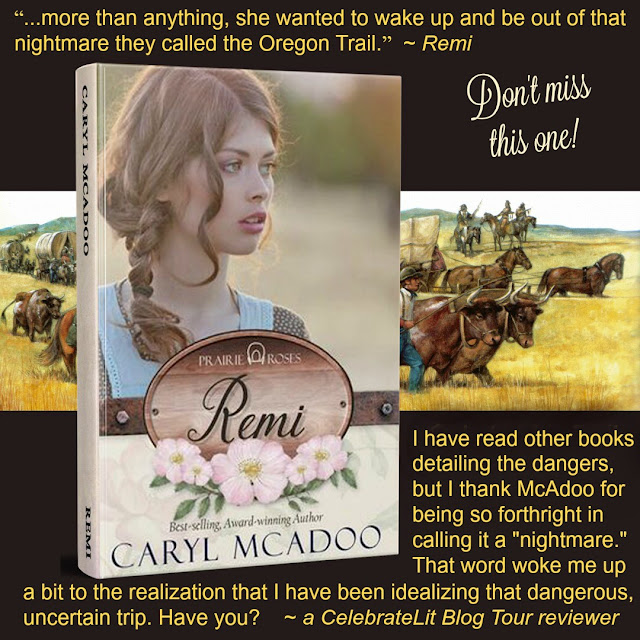 The two titles have different heroes and heroines, but the same group of folks, you'll enjoy spending more time with! Each is a stand-alone, but UNIQUELY COMMON, a Lockets and Lace Collection story, could be read first to keep the stories in order. I hope you can tell how much the trip we made on the Oregon / California Trail enriches Remi's story. 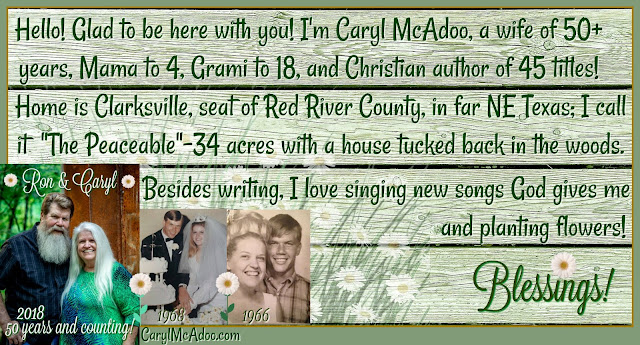