In my latest novel, Chasing Adventure, book 8 of the Entertainers of the West series, the heroine, Thora Alviss, is a published author with The Oceanside Library, a New York City-based publisher of dime novels. She writes female-centric stories and learns of an opportunity that sends her west to interview a famous U.S. marshal so she can create more believable heroes. Trouble is, said U.S. Marshal Harte Renwyck wants nothing to do with his previous life after a tragedy related to his last arrest. The two butt heads and their interactions were so much fun to write.


Several earlier books in the Entertainers series had mentioned dime novels in passing. For this novel, I did in-depth research and was fascinated with what I read. The earliest rendition of this printed entertainment was called story papers with the first edition titled The Young Gentleman’s Magazine in England published in 1777.  The stories were printed on eight pages of cheap paper, with sizes varying from tabloid style to regular newspaper format. The writing wasn’t expected to be great, because the issues sold for a penny, thus coining the term “penny dreadful.” The first story papers started in American in the 1850s and had series that ran on a weekly basis for fifty years. Lots of companies printed the stories in England under such titles as Boys of England, The Boys’ Herald, Boys’ Best Story Paper, The Modern Boy, and Boys’ Champion. Fewer titles were aimed at females--Peg’s Papers, The Schoolgirl, Schoolgirls’ Weekly. The Boys’ and Girls’ Penny Magazine (1832) was the first story paper to gain popularity.

In America, most historians agree the first acknowledged dime novel was published by Beadle & Adams Company and titled Maleaska, The Indian Wife of the White Hunter written by Ann S. Stephens. The date of the publication is July 9, 1860, but the story first appeared in three parts in Ladies’ Companion magazine during January through March, 1839. Thus started the habit of reprinting already published material, because at that time, the copyright laws didn’t protect the author. Beadle’s Dime Novels were 6.5 by 4.25 inches (a little shorter and a little wider than current regular-sized novels) and 100 pages each. The first issues were printed with a plain salmon-colored cover. Issue 29 featured a wood-block cut illustration. This series ran for 321 issues and is credited with establishing the standards for the genre: outlandish plots, lurid action, and the melodramatic title and subtitle to entice the readers.


The vast majority of the early stories were set on the frontier (a geographic line that kept moving west) and included encounters with vagabond travelers, scary wildlife, and Indians. As the American West became settled, these stories evolved into westerns. Due to an increase in literacy around the Civil War, the volumes became very popular among young, working class people. Following a story line or character from week to week was similar to the scripted television shows we currently watch. The first dime novel detective, Old Sleuth, appeared in 1872 in the Fireside Companion. Some characters became so popular that issues were published with only stories featuring that character. By the 1880s, with other publishers like George Munro and Robert DeWitt starting publication, stories set in cities appeared, as well as medieval-set romances and soap opera-ish titles.

Publishers were eager to find stories of all types. The publication that had a set format needed to fill 50 or 100 pages every week, 52 weeks a year. Original stories were sought and many women found a place for their creations. When a character grew popular, publishers gathered 4-5 stories featuring the main character and printed a separate issue under a new title. A practice that became confusing to reads but proved popular with those who collected the issues.


Next part: In depth with Penny Dreadfuls


Look for Chasing Adventure here (don’t buy until October 2 to ensure you received the correct copy. A glitch occurred with the pre-order copy) An e-copy will be gifted to one lucky person chosen from those who comment on this blog post by Sunday, September 30. 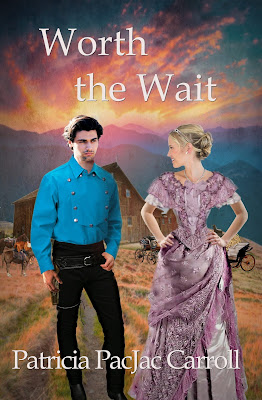 Charlie Ransom was ready to start his new life in Texas. He'd bought the Sundown Ranch and ordered a mail order bride. After the War Between the States, he was tired of the dead and dying and eager to start a new life and family.

Ruby Lee Baker eagerly awaited the man who'd written her letters. He sounded so tender and good. After living in a big family and scraping to survive, she was more than ready to have a life where she didn't have to worry about her next meal and bear the burden of taking care of her brothers and sisters.

She only had one request that he had to meet before she would agree to marry him. Unfortunately, it was the one thing he couldn't give her now.
Would he be worth the wait?
Sweet historical romance set in Texas.
This book was also in the anthology ~ Under a Mulberry Moon.
Enjoy the read.


What would you do? Would you wait for the love to come, or marry him to have a secure life?

In the past, times weren't easy for women. Choices were few and opportunities less. Many had to settle for a marriage forged in necessity and survival rather than love. Actually, love and marriage are a relatively modern thought.

History tells of arranged marriages. Political marriages which at times cost the bride her head. How about you?

Would you wait for love or take the next man who appeared to be able to provide a secure life for you?

Posted by Patricia PacJac Carroll at 11:20 AM No comments: 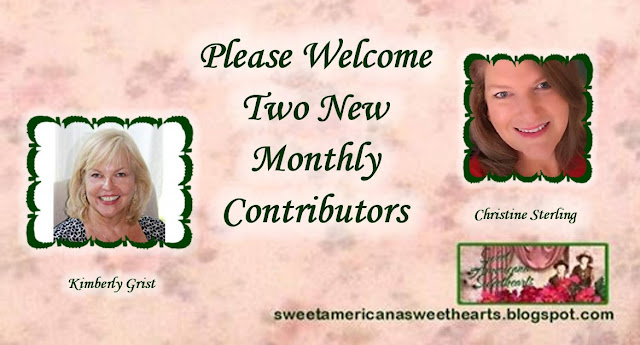 Please welcome to the blog two new monthly contributors, Kimberly Grist and Christine Sterling. Kimberly recently published her debut novel, and is eager to connect with other readers and writers. She will be blogging on the second Tuesdays of the month. Christine has several published books and will be blogging on the fourth Tuesdays of the month. 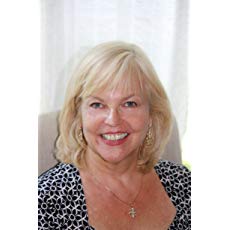 Kimberly Grist is married to her high school sweetheart, Nelson, who is a pastor in Griffin, Georgia. She and her husband have three adult sons, one with Down syndrome, and she has a passion encouraging others to begin special needs ministries in the church. Kim is also a grandmother and feels called to help and encourage others and to share experiences both good and bad in order to be the witness that God would have us to be.

Kim has enjoyed writing since she was a young girl, however, began writing her first novel in 2017. Inspired by so many things life has to offer one of which includes her oldest son’s diagnosis of cancer she finds it especially gratifying to write a happy ending. “Suffering is, of course, is my least favorite thing. My objective is not to discuss my struggles specifically but to combine a love of history with biblical principles to produce a clean historical Christian romance, that shows how God uses adversity for our good in ways we may never expect.”

Combining, History, Humor, and Romance with an emphasis on Faith, Friends and Good Clean Fun, Rebecca’s Hope, a work of fiction that reminds us how God can use adversity to strengthen us and draw us closer to Him and give us the desires of our heart in ways we may never expect.

Fans of historical romance set in late 19th-century will enjoy this beautiful story of love and forgiveness. As the unfortunate circumstances of Rebecca's childhood unfold, we discover a heroine who is both resilient and kind. Rebecca and Sam's love story will have readers rooting for their happy ending,

Kim enjoys teaching Sunday School and Children's Church and working in her butterfly garden. She and her husband also raise rottweillers, one of which recently had a small part in a made for original television series. 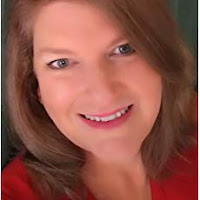 Christine Sterling lives in a pre-civil war Farm House with her husband, three dogs - Morgan, Brandi and Samson, and about a dozen rescued barn cats. She has been writing since she was eight years when her grandparents gave her a Sears & Roebuck typewriter with a hard-plastic cover for Christmas in 1977.

She spent her teen years crafting stories to include all her friends and then she discovered her true love -- romance when her beloved grandmother, Gigi, brought home a free promotional book from the Second Chance at Love Collection.

She was hooked and began to write and read every single romance book she could get her hands on. She has since authored and published many short stories, magazine articles, and the occasional novella. She has also ghost-authored and collaborated as a writing coach on many books.

She is passionate about writing, cooking, gardening, teaching others to write and publish their first book. She straddles the line between fiction and non-fiction, not only writing historical and contemporary romances, but personal development books as well.

One of her big goals is to grow a 150lb pumpkin and feature it in the county fair.
She loves hearing from her fans and will answer every email personally. 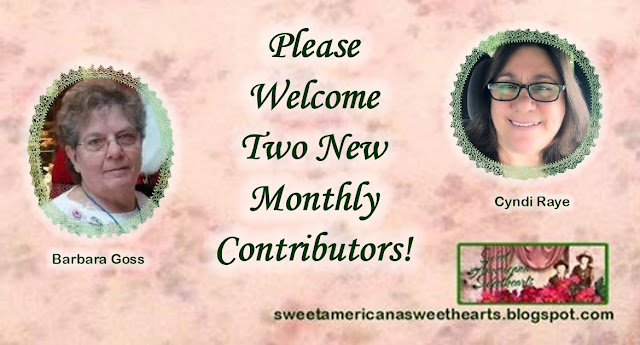 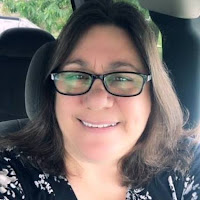 Cyndi Raye writes contemporary and historical western romance. Her love of the Old West and the feel of small town togetherness is found in all of her series.

Creating worlds where everyone is considered family, if not by blood, but from friendships, heartaches and sometimes mistakes made right again is what she loves to read. So, it was important to create such a world for her own readers to indulge in.

Cyndi lives in Eastern PA and loves to travel and enjoy life with her hubby of over 38+ years. She has 3 grown children and loves to spend time with her grand babies whenever possible.

Don't forget to sign up for the mailing list by visiting www.cyndiraye.com and get a free copy of the exclusive short read: Miss Addie, the Beginning. The story behind the Brides of Wichita Falls. (This will not be sold, exclusive for reader's only). 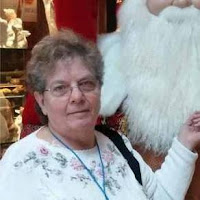 Amazon best-selling author, Barbara Goss, lives in Western New York and to date has written 35 (soon to be 36) Christian/Sweet Romance books, mostly westerns. She enjoys crossword puzzles, penny slots, reading, swimming, and her two cats, but not necessarily in that order. She tries to write exciting stories with a bit of God's word spread within, without dominating the story.

Barbara began writing in 1988 and her first book, Forbidden Legacy, won first prize for fiction at a Christian Writers Convention in Titusville, Florida in 1989. This won her a book contract with Publishers: Fleming Revell and later Baker Books. She wrote four books for them under contract. She then took a few years off to work full time as a secretary to the county hospital and the local school system.

Barbara's greatest influence in writing is the 100 books written by Grace Livingston Hill. As a Christian writer, she weaves a bit of godliness into the romance and adventure yet her books are always clean. Barbara is well on her way to catching up to Ms. Livingston. She is now turning her wonderful ebooks into Audiobooks. Look for them on Amazon.