Be it Ever So Humble...Home is Where the Soddy Is. By Kimberly Grist 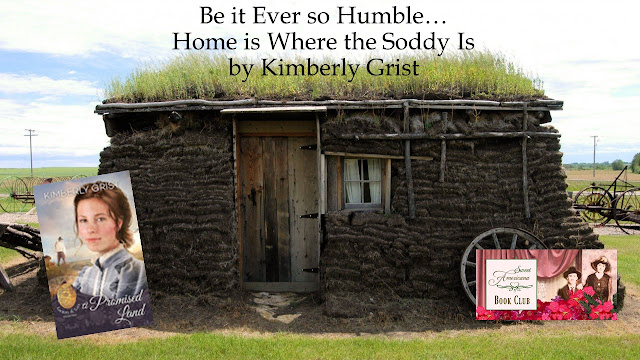 While researching lifestyles in the west for teachers in the late 19th century, I was fascinated by the various living conditions they endured as they rotated their boarding with various families on a month to month basis.

In 1862 the U.S. Congress passed the Homestead Act which permitted any twenty-one-year-old citizen or immigrant with the intention of becoming a citizen to claim up to 160 acres of land in the Great American Prairie. After paying a filing fee, requirements included building a home within six months, farming the land and living on it for five years. Upon meeting these conditions the ownership of the land would be passed to the homesteader.

People came from all over the world for the opportunity and it is estimated that by 1900 over 600,000 claims had been filed.

A fan of Laura Ingalls Wilder, I'm familiar with her account of living in a house made of sod from her book, On the Banks of Plum Creek, but wanted to dig a little deeper. (No pun intended) 😊 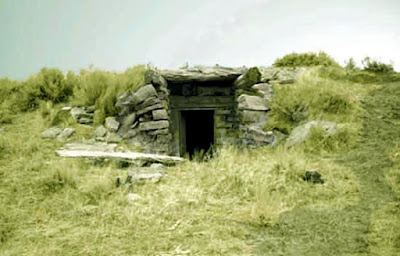 Homesteaders, also called “sodbusters,” looked for land with a stream or creek and rolling hills which would serve as windbreakers. Without trees or stone to build with many began by building dugouts which were spaces dug into the side of a hill. These shelters could be made quickly and were more habitable than tents. 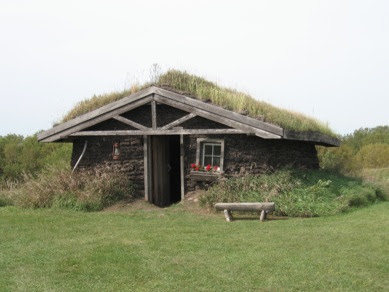 Many of the pioneers had spent their life savings on oxen, wagons and travel expenses and couldn't afford to purchase lumber. And because prairie sod was abundant and free many expanded and built a sod house in front of the dugout. 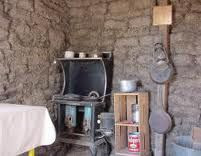 Living in a house with dirt floors and sod walls was difficult and to battle the filth, walls were sometimes covered in newspaper and the ceilings in muslin. The covering added color and helped to prevent dirt from falling and deterred varmints such as rats and snakes from entering the home.


The positive side to living in a soddy was that due to the thickness of the walls the house was cool in summer and warm in the winter and held up well to winds and storms. 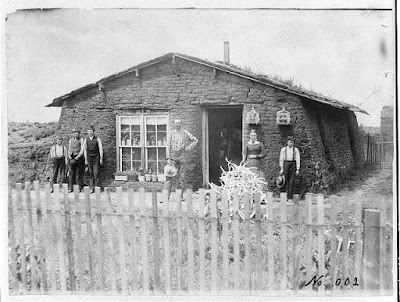 Most homesteaders cut bricks that were 18 inches wide by 24 inches long. Approximately 3000 bricks would have been needed to build a 16 by 20-foot house. Each brick would have weighed around 50 pounds each. In order for the bricks not to dry out, homesteaders learned to only cut what they could use per day. Freshly cut sod bricks were laid root-side up (green side down) in order for the roots to continue to grow into the brick above it. Over time, the bricks grew together to form a very strong wall. 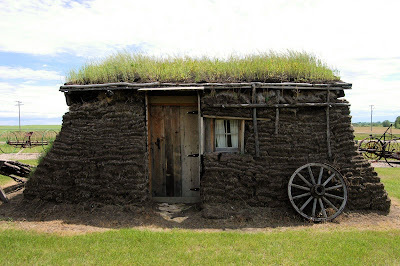 Even though wood was more affordable and readily available after the advent of the railroad, people continued to build and live in sod homes into the middle of the twentieth century. 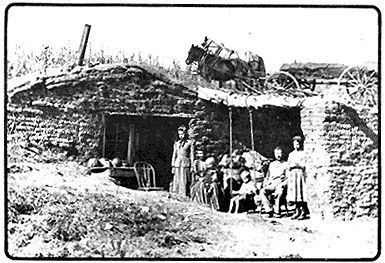 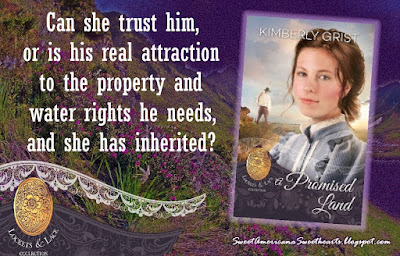 Twenty-year-old Meriwether Walker enjoys the challenge of teaching her varied group of students in the one-room schoolhouse. What she doesn't like is the nomadic lifestyle that comes with it as she rotates boarding with families in the community on a monthly basis. Meriwether longs for a home of her home but she doesn't see an end to her plight-until the letter from the attorney handling her uncle's estate arrives.

When Meriwether discovers she has inherited her uncle's ranch, the one she loved to visit when she was a child, she quit her job and moved without hesitation to Trickling Springs, Texas. But when she arrives deed in hand, she discovers her decision has put her at odds with Jake Harrison the man who leases property from her uncle and seeks to buy the land and water rights for his cattle. They butt heads, tempers flare, but Meriwether stands her ground. Yet she can't deny the romantic sparks that fly, and she can tell it's mutual. When he comes courting, can she trust Jake or is his real attraction the property and the water rights he needs, and she has inherited?

Connect with Kimberly:
Combining History, Humor and Romance with an emphasis on Faith, Friends and Good Clean Fun. Kim's stories are written to remind us how God can use adversity to strengthen us and draw us closer to Him and give us the desires of our heart in ways we may never expect.
Facebook:  https://www.facebook.com/FaithFunandFriends/
Twitter: https://twitter.com/GristKimberly
Amazon Author Page: https://www.amazon.com/Kimberly-Grist/e/B07H2NTJ71
Website: https://kimberlygrist.com/

Posted by Kimberly Grist at 8:00 AM