Portrait of a Small Western Town by Marisa Masterson

Where to set my next book? It's becoming a familiar question for me. For my upcoming book, A Bride for Bode, I searched for a small town west of the Mississippi that had some kind of rapid change caused by the railroad. I found just what I was looking for in Nebraska City, Nebraska. 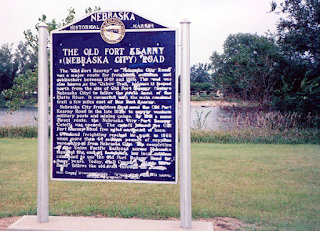 The Lewis and Clark expedition first recommended where Nebraska City sits as an excellent site to transport goods on the river. Nearby, Fort Kearney was built and serviced travels heading west as well as providing protection to the surrounding area. The town that grew there first went by the name of the nearby creek--Table Creek--and did provide a convenient spot for river traffic. In 1854, the city officially became known as Nebraska City and was important to soldiers and overlanders as a way to get from one side of the Missouri River to the other. 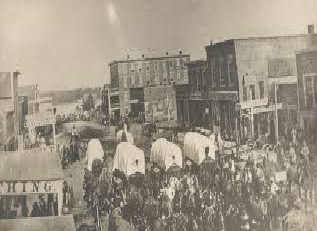 What interested me was the change that happened to the town when the Burlington and Missouri Railroad included it on its route. This happened in 1871. Businesses started popping up quickly that year. Banks were established. Even one of the most significant life insurances companies in that new state came into being in Nebraska City. This frantic business activity was what I used as the motivation for my hero agreeing to a proxy marriage in A Bride for Bode. Just look at the change in the appearance of the town's buildings by comparing the two photos. 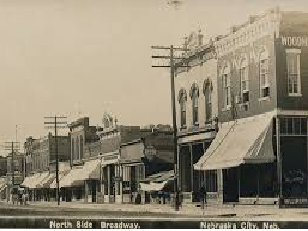 Even before the railroad came, the city had been laid out to accommodate the transportation of good. Planned in a grid, it allowed for everything to lead to and focus on the river. 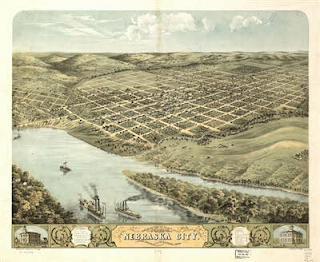 Ferries like the Lizzie Campbell ferried soldiers, 49ers, railroad passengers and goods across the Missouri River. River traffic continued after the railroad came, but a large part of the ferrying involved moving the 100+ railroad cars across the river. 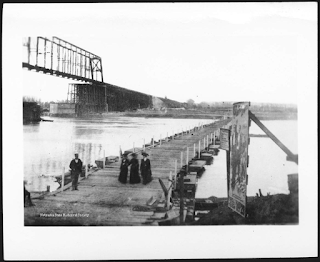 The pontoon bridge wouldn't be built until the late 1880s and the cars needed to be unhitched and hauled across the river before they could continue on either east or west.
What an incredible site that must have been to watch!


Check out my newest book set in Nebraska City during this business boom.