Families at Sea by Barbara Goss

Families at Sea: the Captain's Wife

Maine captains often took their wives and families along on long voyages. In 1880, the Searsport census showed that 36 wives from that small town were sailing with their husbands! Despite old superstitions that having a woman on board was bad luck, many seamen liked having the captain’s wife aboard; sometimes it meant that the seamen would be better treated. 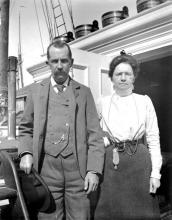 Women generally had little to do with sailing the ship or communicating with the crew. One wife, however, noted in her journal that she regularly served as librarian to the seamen, distributing books on Sundays from the American Seamen's Friend Society lending library. Sometimes the captain’s wife took care of sick crew members, and some wives who were good at mathematics helped with the navigational calculations when star or sun sights were taken. There are stories of women who took over the ship in emergencies and saved many lives.
Generally, though, the captain’s wife pursued her own activities: sewing, embroidering, writing, reading, and sometimes laundry and special baking. They took care of their children and served as school teachers. Many women collected botanical specimens as a hobby: a good pastime for someone cruising the world. Some wives collected sea mosses and other plant samples from the sea. 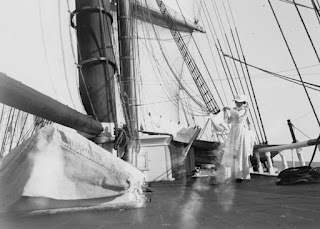 Some women went to sea with their husbands just after they got married. Two newlyweds from Searsport, Captain Lincoln Alden Colcord and Jane French Sweetser Colcord, sailed the bark Charlotte A. Littlefield around the world. Three years later, when they returned home, they were parents of Joanna, born in the South Seas, and Lincoln, born during a storm off Cape Horn. Jane Colcord sailed with her husband on most of his voyages over the next twenty years, often with one or more of the children. 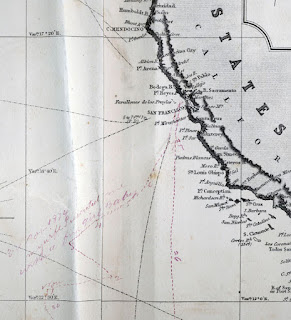 During the nineteenth century, at least 60 children from Searsport were born at sea. Some ships had a midwife aboard, but often the captain had to help deliver the infant. Captain William H. Blanchard served as midwife for three of his and his wife Clara’s children. This chart detail shows where the daughter of Captain Phineas Griffin of Searsport was born in the North Pacific Ocean, November 4, 1874.

Growing up at sea was both exciting and boring. Being at sea on a glorious day was wonderful, as was visiting far away ports and countries. On the other hand, children were not allowed to wander around the ship, and typically could not leave the quarterdeck. During storms, they had to stay inside the cabin, where, if conditions were very bad, the glass portholes were covered. 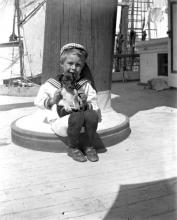 Children read books, played games, did lessons, and attended to their pets. Dogs were popular on shipboard, but children also took care of birds, goats, sheep, and chickens, and one family even had a Himalayan pony. Some captains built swings, and one built an eight-foot toy sailboat on deck for his children. 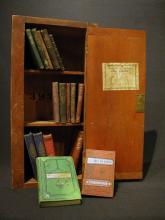 Though children could not go to school while at sea, their mother or father taught them. Children growing up at sea had real-life opportunities to learn about geography, history, mathematics, business, and science. 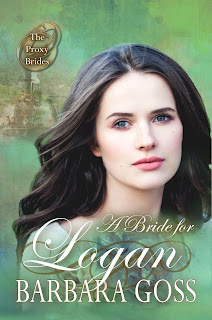