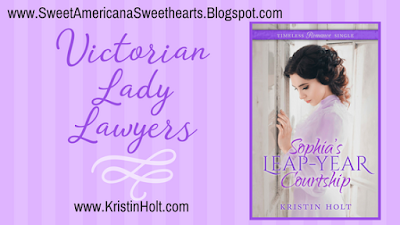 I know several attorneys--and genuinely like them. Many are women. In fact, two women in my immediate neighborhood are attorneys. One taught law school in southern California and the other works for the District Attorney's Office. Nicest ladies you'd ever want to meet...but then I see them at home, not on the job.

I reviewed a nonfiction book written by a law professor at University of South Carolina, Dr. Marcia A. Yablon-Zug, author of Buying a Bride: An Engaging History of Mail-Order Matches, and because of the magic of social media, had a nice conversation about it. One more lady attorney (isn't it P.C. in 2017 to simply say attorney?) I know and admire. (See the whole review here.)

Today, bright women of all nationalities, all religions, all colors, all backgrounds apply for law school, enter, and earn degrees. They practice law in all fifty states. Young women of today never knew a time when women didn't have the vote, women couldn't enroll in certain schools, and women were forbidden (by society if not by the gatekeepers) to practice law.

My character, Sophia Amelia Sorensen, wouldn't take no for an answer. When Sophia chose to study law, she did what Abraham Lincoln had done before her--she "read the law" from a few specific books. This home-study method was common in America even while a few law schools opened, allowing (wealthy) white males entrance.

Abraham Lincoln gave good advice to others who wanted to "read law". 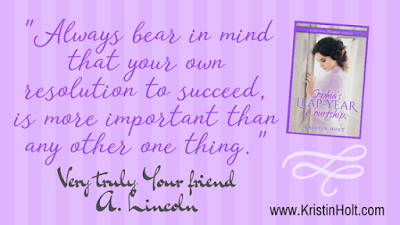 Sophia, like so many others, studied alone. When she'd learned all she could from texts, she sought a practical apprenticeship (step two of the home-study plan). When she could find no one  willing to apprentice her (why would a woman abandon her calling as a woman and want to be a man?), she made her way quickly to Wyoming Territory to hang out her shingle. She was "married to her work", and expected to never marry. Her love story is set in 1888-1889.

Strictly true-to-history, "Arabella Mansfield was the first woman admitted to the bar in 1869 in Iowa. She had not studied at a law school but rather had studied in her brother’s office for two years before taking the bar examination. Curiously enough, in the same year Ada H. Kepley became the first woman in the United States to graduate from law school." [source] The timing for Sophia's quest to be a respected attorney who could make a difference was right...but that didn't make it easy. People not only saw her as a nuisance, they figured any woman crazy enough to try and live like a man--and practice law--was unmarriageable.

Why was Wyoming Territory so forward-thinking and welcoming to women? Because they had a long way to go, population-wise in order to quality for statehood, and Wyoming knew the only way to do that was to bring women there. Many would eventually marry, bear children, and contribute to the population growth.

Just because Wyoming was welcoming to women and certainly had room for tradesmen and professionals of all kinds, didn't mean attorneys always had a good reputation. Like today, when "Lawyer Jokes" have a category all their own, people either have undying respect for attorneys or seek to joke and tease and discredit them at every turn.

This newspaper clipping comes from Kiowa County Signal of Greensburg, Kansas on October 15, 1886. Pretty mild compared to the newspaper harassment my Sophia Sorensen endured. Newspaper harassment? Oh, yes. Amazing what was "printable" in the late 1880s. I had a great deal of fun writing the villain, dressed in a suit and wielding his weapons of pencils, tablets, and a typeset press churning out a weekly paper.

Sophia Amelia Sorensen is a specially-named character (after my ancestor), and you can read more about her and why I chose her name after February 12th when I post a blog about that content on my own site. Sophia stars in my up-and-coming new release Sophia's Leap-Year Courtship, release date: February 24, 2017. This title is currently available on pre-order through Amazon, iBooks (Apple), and Kobo. When the new title releases, it will also be available on Barnes & Noble (Nook) and Indigo.

Union Pacific Station Agent Chadwick Hughes has everything in a state of readiness to welcome his mail-order bride…everything but the bride. The woman he’s corresponded with for a year didn’t change her mind or miss her train in Omaha—she never existed. Chadwick’s mortified to discover he’s been swindled by a fraudulent matrimonial agency in Chicago. He needs a lawyer if he’ll ever recover a dime of the fortune he spent on worthless membership fees and the nonexistent bride’s transportation west.

Sophia Sorensen, Attorney at Law, is a spinster on the edge of propriety. The good people of Wyoming Territory are open to a lot of things, including Lady’s Privilege during Leap Years, but some aren’t fond of her day-to-day behavior. Why, the woman rides her bicycle hither and yon, showing her petticoat ruffle and ankles. She might be the least ladylike specimen beneath Wyoming skies, but it’s entertaining to watch her court the U.P. Station Agent, Chadwick Hughes, the most-eligible bachelor in the county.

Read much more about this title here. 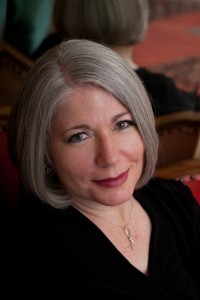 Hi! I'm Kristin Holt, USA Today Bestselling Author.
I write frequent articles (or view recent posts easily on my Home Page, scroll down) about the nineteenth century American West–every subject of possible interest to readers, amateur historians, authors…as all of these tidbits surfaced while researching for my books. I also blog monthly at Sweet Romance Reads, Sweet Americana Sweethearts, and Romancing the Genres.