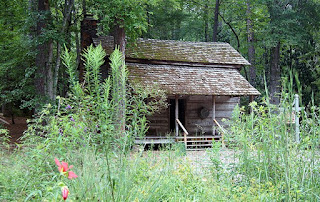 Pioneer life was a simpler time yet more challenging. Days were filled with the chores necessary to survive. Homes were made of logs and lit by oil lamps. I recently had the pleasure of attending Pioneer Day at Calloway Gardens which is located in Pine Mountain, Georgia and was able to visit a two-room cabin constructed of longleaf pine that was occupied for over a century. 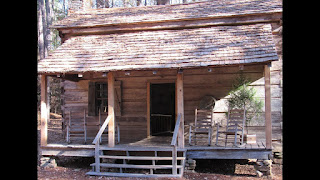 Like many of you, I'm intrigued by the thought of tiny house living. But somehow I can't determine how I would do so with a husband, two sons, a cat and two rottweillers (Not to mention where to put the grandchildren when they come). This particular cabin was built in the 1830s and was home to many families, one of which included 15 family members who lived here at the same time. 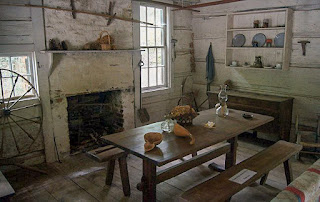 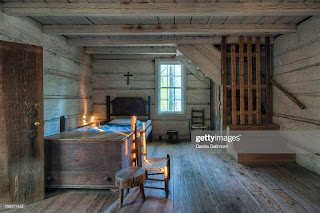 A simple design, the downstairs was one room and functioned as the main living room and a bedroom most likely for the parents. The doorway to the additional loft space is shown in the right-hand corner. 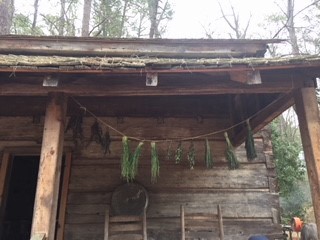 The above photo shows how the front porch could have been utilized to dry herbs. 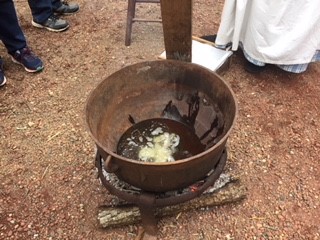 Making soap, cooking and most likely butter churning would have taken place outside. 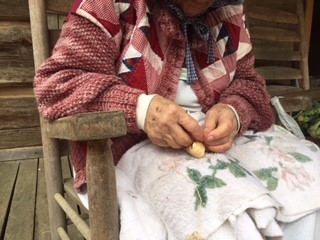 Children's toys would have been made from resources on hand, such as a cornhusk doll. 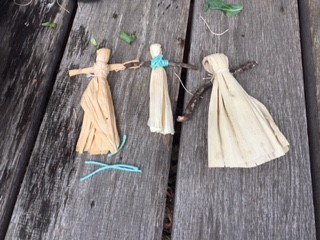 
One of my goals, when I write, is to combine my love of history with an inspirational theme, a bit of romance and believable characters. As I was researching the life of a teacher for my new release A Promised Land, I found that boarding was both common and practical for teachers. New inexperienced teachers, hired by the lowest paying districts often endured poor living conditions.


Please allow me to introduce twenty-year-old Meriwether Walker who enjoys the challenge of teaching her varied group of students in the one-room schoolhouse. What she doesn't like is the nomadic lifestyle that comes with it as she rotates boarding with families in the community every month. Meriwether longs for a home of her own, but she doesn't see an end to her plight until the letter from the attorney handling her uncle's estate arrives.
A Promised Land combines Romance with Faith, Friends and Good Clean Fun!