During the days of the civil war it was estimated that close to 30,000 soldiers from the Union army alone lost a limb in battle. Over three-quarters survived the serious operation that left them one less limb. After the war, the soldiers, who lived in a society that valued the body as a whole, feared their manliness was gone if they didn't have an arm or a leg. They were correct in their thinking. Most were called cripples and no longer seen as a full contributor to society.

But, the federal government came up with a solution. If a soldier's amputation was documented, they (the government) would provide and subsidize a prosthetic limb for those who needed it. They offered Union soldiers up to seventy-five dollars for an artificial limb, but, because the Confederate soldiers were considered rebels that went against the government, the rebels were not eligible for any compensation for an artificial limb. How unfair that would be today.

How did the soldiers feel about these artificial limbs? The Prosthetic industry was booming from the civil war, especially when the government helped to subsidize the cost. Many claimed the limbs appeared to look like the real thing and it was hard to tell a soldier was wearing an artificial limb under his clothing. The soldiers tell a different story.

Many amputees talk about how they had to re-learn how to walk. Many of the advertisements got them excited thinking they would be able to get around like they had before they lost their limb. That turned out to be false and they were so disappointed they were not able to strap on the limb and walk as well as before. 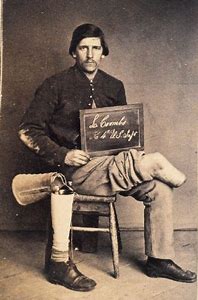 In my newest series, Pistol Ridge, I've written the first book about a man named Zebediah Harris, also known to his comrades as Peg Leg, who lost his leg from below the knee during his time in the civil war. Ten years later, after wandering from place to place, he was still feeling as if no one wanted him because he was a cripple. His quote, "There isn't a woman ten miles from here who wants a cripple like me!"

That all changed the day Josephine came into his life. He found there was someone who could love him for himself. When he realizes she isn't going anywhere, he has to learn to love her back the way she deserves. It's a heartfelt story that I enjoyed writing. 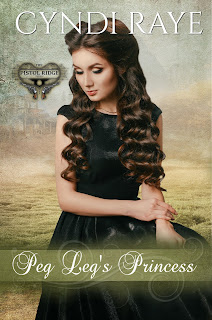