What Drove the Creation of Time Zones?


While researching a recent novella, I learned about the official adoption of the different time zones in the United States (and by default, Canada and Mexico).


In my story, Taming A Scandal, which is part of the Lockets and Lace series, I needed to move my characters from Rhode Island to central Texas, with a side-trip to Chicago and St. Joseph, Missouri. That train trip covered lots of miles, transported them along the rails owned by a variety of railroad companies offering a variety of services, and moved them from dense to moderate to sparse population. As you can imagine, reading those historical timetables for travel across the distances was confusing when arrival and departure times from the same city didn’t follow a logical progression. 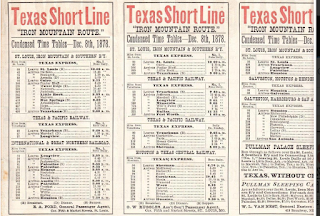 I like to be as accurate as possible with the historical details included in my plots. I didn’t want to state that the heroine stepped onto the Fall River Steamboat in the bright sunshine when in reality, the only time the steamboat sailed from Newport, RI, was at 8:15 at night so the passengers arrived in New York by 7 in the morning. Many cities used their own time standard, and the Library of Congress estimates that at one point following the completion of the transcontinental railroad in 1869, at least 300 local sun-times existed! 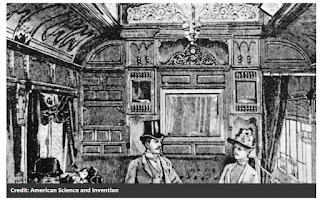 The railroad owners knew a better system needed to be put in place to allow people to use their railways to travel with the least delay. Railroad managers instituted 100 standard zones. But that short-term solution didn’t solve the problem. The railroad operators formally adopted using four standard time zones in the continental United States on November 18, 1883. (The Time Standard Act of 1918 made the zones official for the US)  In 1884, the International Meridian Conference with representatives from two dozen nations was held, and Greenwich was established as the prime meridian and Greenwich Mean Time as the world’s standard. The prime reason was because Britain had more ships and shipping companies using Greenwich than all the other shipping lines combined. A case of majority rules.


Even with only 4 zones in the US, I always have to stop and calculate when I’m supposed to be at an online meeting at a certain time. Anyone miss a flight or train connection because of a miscalculation?

Posted by Linda Carroll-Bradd at 3:00 AM