Hi, Kit Morgan here, and today I want to talk a little bit about PTSD in the old west! An interesting subject, to say the least, and not something that gets tackled too often here, but as I just wrote a book with a character with PTSD, I thought I'd share my findings with you! 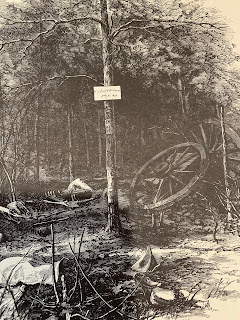 In the 1800's the term Post Traumatic Stress Disorder didn't exist. In fact, the term didn't come into play until the 1980s. However, in the 1800s, talk of Post Traumatic Stress Disorder, (back then they called it "battle exhaustion". Another term was soldier's fatigue) was used to describe someone who'd had repeated forays into battle. These traumatized soldiers would have adrenaline-fueled responses, particularly during long engagements with daily fire.

Another term given PTSD in the 1800s was the "thousand-yard stare," a reference to the blank look and dissociation of many traumatized soldiers. Men who fought in the gruesome battles of the Civil War suffered terribly from PTSD. In fact, the National Museum of Civil War is busy curating and digging up information about PTSD related to the War Between the States through an exhibit on the subject of PTSD and suicide in the 1860s and beyond.

In my latest book, The Sailor and the Suffragette, part of the 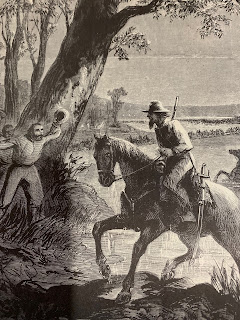 Sailors and Saints series, my hero was never in any battles and he didn't go to war. But PTSD doesn't only occur in combat. Difficult living conditions can lead to trauma through other experiences. My poor hero got shanghaied at age 10 and used as a cabin boy by not one, but two sadistic captains, one after another. He was never allowed to leave the ship which resulted in battles with agoraphobia (fear of open spaces, crowded areas, social anxiety) once he's out in the real world. He has to fight to understand what's happening to him and it isn't easy, as it wasn't for many who suffered PTSD in the past. They didn't understand the nightmares they would have years after the original trauma, or the overwhelming anxiety triggered by different things that seemingly had nothing to do with what traamatized them in the first place. Thankfully our understaning of PTSD has come a long way in the last thirty years. But back in the day, hope for these people began to glimmer. 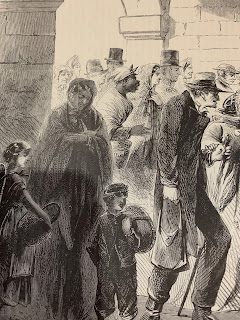 By the late 1800s and early 1900s, something called the "talking cure" (popularized by Sigmund Freud) was used as a method to treat symptoms caused by PTSD. This early therapeutic treatment was the first step in helping people who had survived traumatic events, such as my poor hero in the Sailor and Suffragette. With the help of the heroine and some of the townsfolk, he is on his way to healing. Love and a listening ear back in the day was all there was for many suffering from PTSD. For many, there was nothing. Thankfully for our hero, he got love and listening.

The Sailor and the Suffragette doesn't release until 4/29. Until then feel free to check out my books on my Amazon page.
Happy Reading!

Kit
Posted by Author Kit Morgan at 2:00 AM