Promise of Home ~ Lockets and Lace #18 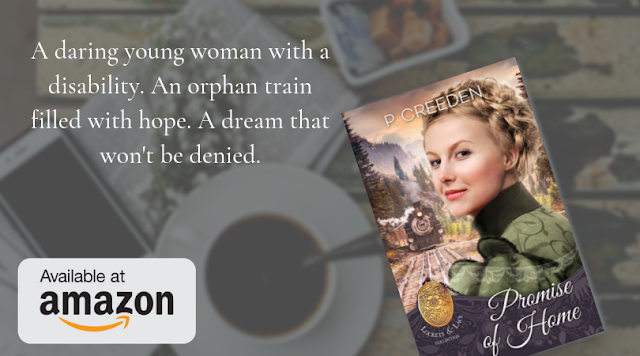 I'm a new author in the Lockets and Lace Collection, and I hope you'll give my story a chance! This one is near and dear to my heart as it deals with two things I've always had a great interest in--the Orphan Train, and those who are disabled, specifically deafness.

Here's the summary:
A daring young woman with a disability. An orphan train filled with hope. A dream that won't be denied.

Julia is a deaf girl raised as an orphan who is working with the Children’s Aid Society to help find homes across the country for orphans from New York. But each time one of the orphans she’s grown close to is adopted, she finds her heart breaking. And the farther the train goes, the farther from home she feels.

But feelings can be deceiving. And there might just be a home waiting for her at the end of the journey she didn’t expect. 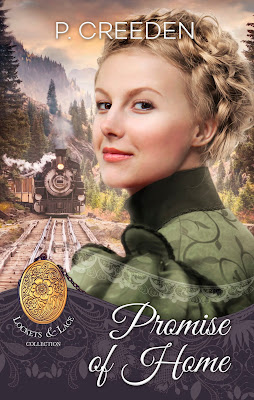