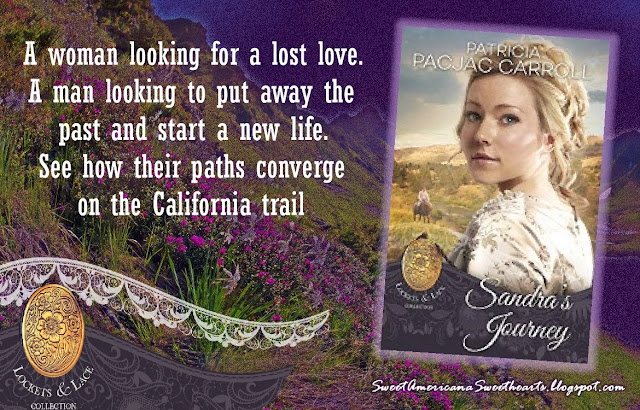 Today is Sandra's Launch Day!
I am so excited. I can't wait for you to meet her.
And Wyatt?
I think you're going to like him.

Sandra's Journey
A story of journeys. A woman looking for a lost love. A man looking to start a new life. See how their paths converge on the California trail.

A sweet historical romance sprinkled with hope and faith.

Sandra is heartbroken. She used to be the one in her family full of hope and with a gift for healing. But she hasn’t heard from the man she thought she would marry in over a year, and her life has taken a dark turn. Nothing matters. Until her father decides to take his family west to California and her journey begins.

Lieutenant Wyatt Morgan is on his last duty for the army. For six months, he and his troop are to escort the wagon train to California. Once he gets to the new country, he’s going to put away the past, settle down, and dig for gold.

Neither is prepared for what they will find on their Journey along the California Trail.

Be sure to comment below for a chance to win a copy of Sandra's Journey.

Oregon Dreams
Book 1 of the Lockets and Lace Series

She's determined to get him to take her west.
He only sees her as trouble.
Darren and Hope must decide which is stronger ~ their love or their dreams. 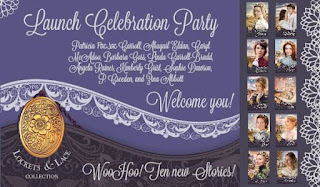 Posted by Patricia PacJac Carroll at 9:59 AM