Cowboy Sayings - Not Worth a Hill of Beans 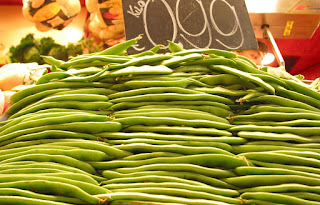 In the west, beans were never worth much in the garden. They were a staple, but not as valuable as wheat or corn. People ate them, but rarely were they a favorite food. So, to most, beans just weren't very valuable.

Now the common misconception is that a "hill of beans" is a bunch of beans stacked as big as a hill -- this is how we'd interpret the saying today, making beans a bit more valuable. For example, today, a ton of beans is worth between $600-1800 depending on which type of bean. However, that's not what a "hill of beans" refers to. 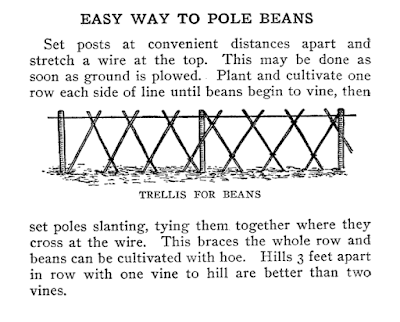 In an 1858 book by JJ Thomas, he describes making a trellis for beans and making sure the hills of beans are 3 feet apart in a row. To understand what a hill of beans means to a cowboy, you have to look at farming life back in their time. For them, a hill of beans refers to the rows or section of land that is used to farm beans. Some might think that growing a better crop, like corn or wheat, would be a better use of the land. However, most farmers rotated crops, and because beans are a legume, they use the soil differently, leaving more nitrogen behind for the next year's crops, making the soil better for the following year.

However, most farmers would feel as if the year that they put beans on a plot of land is somewhat useless for sale purposes compared to others. It's considered a useless or less valuable year.

Therefore, when something is "not worth a hill of beans" it is declared as useless, or more useless, than the year they have to make their plot of land into a hill of beans to grow better crops the following year.

How about today? Do you often see this expression used in daily life? Did you know the meaning of it before? Leave a comment and let me know!