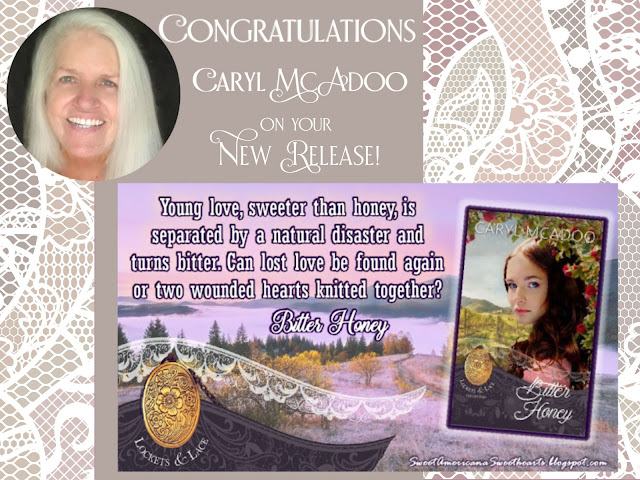 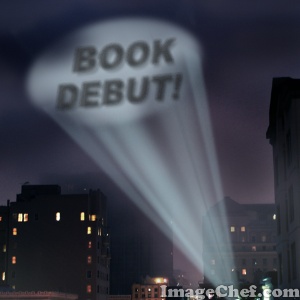 I'm excited that my FIFTIETH book launches today! BITTER HONEY, Book 22 in the Lockets and Lace Collection! This is my third year running being apart of this series written by the regular bloggers of the Sweet Americana Sweethearts! Which makes it quite special to me and I hop, to you!

In 2018, I released SILENT HARMONY, Book 2 and in 2019, UNIQUELY COMMON, Book 12, debuted. It was in that one--Uniquely Common--that m readers first met Samantha Adams, my heroine in Bitter Honey.

She was thirteen then, but five years have passed and now it's 1856. Her family has settled in Napa Valley and built their home, planting acres and acres in grapevines--stock her father brought from the Merceir Vineyards just out of New Orleans and also had shipped from France and Italy where he'd traved as a wine merchant, buying and selling.

After a grueling journey on the Oregon / California Trail, on arrival in Napa, she fully expected to have a stack of letters waiting in general delivery for her from young Silas Mercier. It had been love at first sight when they'd met on her way to Saint Joseph, Missouri from her New York home. That's when UNIQUELY COMMON ends, in Saint Jo when they're waiting on the spring prairie grasses to grow enough to support the stock. 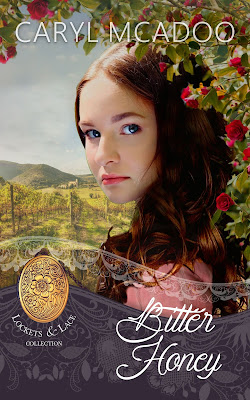 Silas had promised to write, and so had she. But even though she'd been mailing him letters all along the way, declaring her young love, when she finally got to Napa after the two thousand mile trip, he broke her young heart. No letters waited. That's when the other title she's in, REMI ends. REMI is a Prairie Roses Collection story and tells the tale of just what a nightmare traveling that far by covered wagon was for those with dreams of settling the west.

Samantha never truly got over Silas or forgave him for his broken promises, but she's learned to live with it and has worked hard with her family and loves her new home in California with her new mother and little brother. She has no desire to leave and only wants to marry and start having babies of her own. She's eighteen now and ready for that.

Meanwhile back in New Orleans, while she traveled in the wagon train, young Silas's world falls apart. A fluke tornado tragically destroyed his home and most of the vineyard. That's where BITTER HONEY opens, and there's a whole second tale of what he's gone through during those five years. An old man, a neighbor who actually had loved his mother shows up and helps the sixteen-year-old.

Then one day, a miracle happens, and I'm going to leave it there . . . All the rest you discover in the first pages of BITTER HONEY, and I figure you'll want to read it straight through once you start it.

Here's an excerpt you might enjoy.
Finally, just he and she. Together. Bless the Lord.
“How have you been, Sam? Uh, they said in town that you weren’t married. Are you engaged?”
“No.” She giggled, but not a little girl’s giggle, more grown up and mature sounding. She gestured toward a chair. “You don’t beat around the bush, do you, Silas Mercier?”
“No need. I’ve loved you from the moment you stepped out of that carriage with your father five years ago.” He eased down then pointed to the box she held. “Got proof you loved me once. Has not hearing from me changed your heart?”
Without even a thought, she shook her head, just enough to barely move the curls covering her shoulders.
Her hair had been the first thing about her he loved, then her eyes and their sparkle like they had stars in them. Then she’d smiled . . . a lot like she was smiling right then.
That’s when he knew she was the one.

A Review: Another Great Read by Caryl McAdoo
Bitter Honey by Caryl McAdoo grabs the reader by the throat.  Caryl’s skill as a writer keeps us scrolling to the next chapter. What a compelling story of trouble and heartache that culminates in a very satisfactory ending! This reviewer truly enjoyed reading this book.
— Cass Wessel, avid Pennsylvania reader 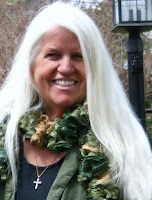 Bio : Award-winning Author Caryl McAdoo prays her story brings God glory! And her best-selling novels are blessed with a lion’s share of 5-Star ratings! With forty-four-and-counting titles, she loves writing as well as singing the new songs the Lord gives her—listen to a few at YouTube. She and husband Ron share four children and eighteen grandsugars. The McAdoos live in the woods south of Clarksville, seat of Red River County, in far Northeast Texas, waiting expectantly for God to open the next door.