Most soda fountain treats began as health foods, such a malteds. My dad has always been a big fan of malted milk and still enjoys them about once a week. So it made me curious about the history of the drink.

Malted milk is a powdery mixture of malted barley, wheat flour, and evaporated whole milk. The powder is used to add a distinctive flavor to beverages and foods, and may also be used in baking to help dough cook properly.

The driving force behind the invention of malted milk stemmed from a desire to find a soluble shelf-stable powdered milk. Early forms had to be cooked before it was consumed. Other forms proved unstable for an extended shelf-life.

Finally, in the late 1800s, one man figured out how to make it work.

James Horlick, a London pharmacists, developed ideas for an improved wheat and malt based nutritional supplement for infants. Uncertain about his opportunities in the United Kingdom, he joined his brother William in Racine, Wisconsin, to work at a relative's quarry.

In 1873, the two brothers formed J&W Horlicks to manufacture their rand of infant food in Chicago. Ten years later, they earned a patent for a new formula for infants, enhanced with their supplemental dried milk.

The name "malted milk" was trademarked by the company in 1887.

Despite the origins as a healthy supplement for infants and then invalids, malted milk found additional markets. Because of its lightweight, non-perishable, nourishing qualities, explorers took malted milk on adventures across the globe. William Horlick became a patron of Antarctic exploration. Admiral Richard E. Byrd reported named a mountain range in Antarctica after him. 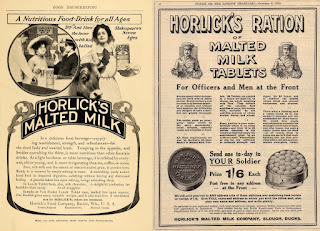 People began drinking Horlick's malted milk for enjoyment. James returned to England to import his American-made product. The Horlick's product was marketing as a "complete food for all ages."

Since soda fountains were located in the drug stores that sold malted milk for health purposes, they began experimenting with adding malted milk in milkshakes. Malted milk syrup was added to beverages for flavoring and to milkshakes to make them more robust in flavor. It also boosted the fat content, making the drinks more filling.

Malts became so popular, many drug stores that served them became known as Malt Shops. 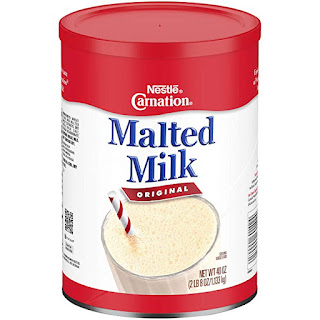 Horlick's patent ran until 1900. By this time, other companies had started producing versions of malted milk. Two companies that took advantage of a court ruling that said anyone could make a product and call it malted milk were Borden and Carnation.  Malted milk wars ensued and continued for many years.

The heyday for malted milk was in the 1920s, but you can still buy malted milk powder today. 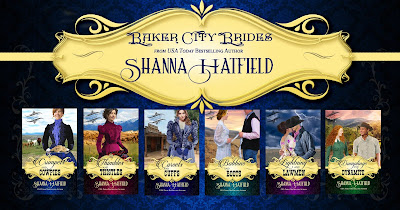