When I was a little girl, growing up on our family's farm, the winter brought cold, snow, and a whole different set of chores.

It also meant I could sled off the hill behind our house, build snow forts, and, if the pond froze - go skating.

My dad had an old apple crate full of ice skates that looked like they might have been the first to roll off the assembly line back when they started mass manufacturing. But the worked just fine for gliding (or in my case, tripping and falling) across the ice. 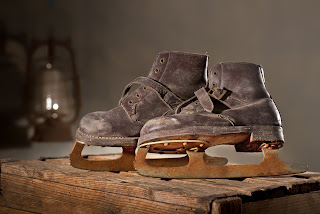 As I was thinking about those old skates and the fun we used to have on the pond, it made me wonder about the history of ice skating.

Historians, it seems, generally agree ice skating originated in ancient Europe. The oldest pair of skates currently known were found in the bottom of a Switzerland lake and date back to about 3000 B.C. The skates were made from the leg bones of large animals with holes bored at each end of the bone. Leather straps were used to tie the skates on.

A study from 2008 that looked at northern European geography suggested that ice skates most likely first appeared in Finland. With many lakes in the region, the study said Finns who could skate across the large bodies of water rather than skate around would save both time and energy.

The Dutch started using wooden platform skates with flat, iron runners around the 14th century. Skates were attached to the skater's shoes with leather straps and poles were used to propel the skater forward. Around 1500, the Dutch added a double-edged, narrow blade that made the pole obsolete. These "Dutch Roll" skates made it possible for skaters to push and glide with their feet.

A man from Philadelphia invented the first all-steel clamp for skates in 1848. In 1865, Jackson Haines, a famous skater of his time, developed the two-plate all-metal blade that attached directly to his boots. He added the first toe pick to skates in the 1870s.  By the early 1900s, another U.S. blade maker developed a closed-toe blade made from one piece of steel that resulted in lighter, stronger skates.

If you have a chance to go skating this winter, take a spin around the ice for me. 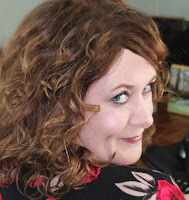 USA Today bestselling author Shanna Hatfield is a farm girl who loves to write. Her sweet historical and contemporary romances are filled with sarcasm, humor, hope, and hunky heroes. When Shanna isn’t dreaming up dreamy characters, twisting plots, or covertly hiding decadent chocolate from the other occupants of her home, she hangs out with her beloved husband, Captain Cavedweller.
Shanna loves to hear from readers.
Follow her online at: