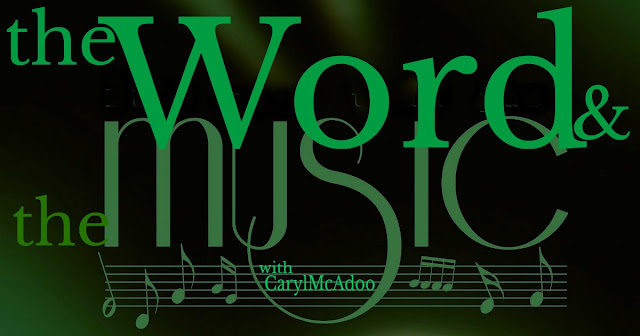 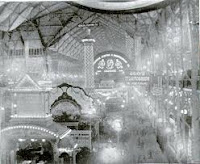 What a wonderful thing is light, freeing mankind from the holds of darkness!

The Chicago World’s Fair of 1900 ushered in the new century. Nikola Tesler and Westinghouse beat out Edison to light the event. While the promise of new technology to light the world dawned, the true Light of the World worked on different plans. 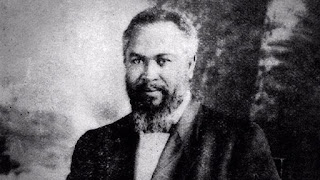 William Seymour, a young black believer born to former slaves, and though originally baptized into the Catholic faith, grew up a Baptist. As a young man hungry to learn of the Holy Ghost and discover His place in the church, he sat in the hallway of a Houston Bible school to hear and soak up the teaching of God’s Word. In 1903, Texas law prohibited a black man from sitting in class with whites.

Before long, with the promise of employment as pastor of Julia Hutchins’s Holiness Church in Los Angeles, Seymour moved there, exhausting all his available funds on the trip. Then within two weeks of him preaching the power of the Holy Spirit, Hutchins expelled him for his radical teachings.

However, one church member wanted to hear more—as did others—and invited then unemployed Seymour to stay at his place where a prayer group began and grew until it moved to the larger home of Richard Asberry where more and more folks came to the house on Bonnie Bray Street.

One evening there, Holy Ghost power came like a mighty rushing wind. Believers spoke in unknown tongues and spontaneous miracles and healings erupted. Attendance swelled to the point of clogging the neighborhood streets. Twenty-four hours around the clock, it continued for three days. So many pressed onto the porch for the opportunity to hear, the structure collapsed. 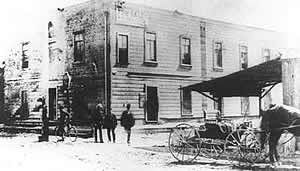 Someone suggested an African Methodist Episcopal church building on Azusa Street not far away, and for the next three years, they held services from 10 am to 10 pm seven days a week.

The church’s collection of no-longer-needed crutches and wheelchairs grew as quickly as its congregation.

Most of that time, it’s told Pastor Seymour kept his head in the lectern, praying. In the meetings, one would have a hymn, another might offer a scripture; prophecy and words of knowledge or exhortation flowed.

Read testimonies (from those who attended the Azusa Street Revival)

Gradually, years passed and crowds waned; fewer miracles happened less often, but Seymour pastored the Azusa Street congregation until his death in 1922 when his wife—who’d miraculously learned to play the piano and speak Hebrew—took over the ministry until she joined him in Glory.

I found it interesting the first public mention of the now-famous revival took place on the same day as the great San Francisco earthquake of April 18, 1906. The Pentecostal/holiness movement that spread from Azusa Street across America morphed in the latter part of the century into the charismatic movement that gave birth to most of our present day non-denominational churches.

As in the time of Elijah when the Lord said, "Yet I have left me seven thousand in Israel, all the knees which have not bowed unto Baal, and every mouth which hath not kissed him." (Kings 19:18) He always has a people who hunger for more—more of Him, His righteousness, and His glory made manifest. 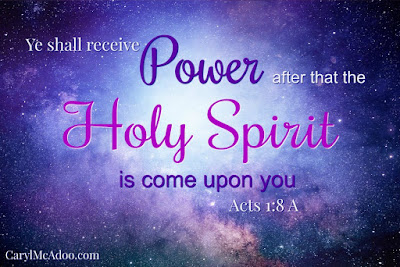 In MIGHTY TO SAVE, book nine of the Texas Romance family saga, you'll experience being on Bonnie Bray Street, where the Azusa Street revival started when the Nightingales go. Lacey Rose is healed, Charley gets right, and Evelyn's beloved gives his life to God. Readers have told me they felt like they were there.

I really enjoyed doing the research for that portion of this novel that debuted in May. CHIEF OF SINNERS launches this September, the last of the series . . . maybe :)

I've learned it's impossible to outgive God! I'll offer a free print copy of VOW UNBROKEN, book one in the series to one of my commenters below! Be sure to leave me a way to contact you!

BIO: Caryl McAdoo prays her story brings God glory, and a quick scroll through her novels’ rankings by Christian readers attests to the Father’s faithfulness. She loves writing almost as much as singing the new songs He gives her—look her up on YouTube to hear a few. Her high school sweetheart husband won her heart fifty-one years ago, now they share four children and seventeen grandsugars. Ron and Caryl live in the woods south of Clarksville, seat of Red River County in far Northeast Texas, waiting expectantly for God to open the next door.