Since I write both contemporary and historical sweet romances, I try to keep the two worlds separate, but sometimes they intersect in the most fascinating ways.

Recently, I was researching details about the coastal town of Seaside, Oregon, for a sweet contemporary novella I have releasing next week. While I was delving into the history of the town, I discovered some fun facts (and refreshed my memory on those I already knew.)  I thought I'd share  a few of the historical highlights with you today. 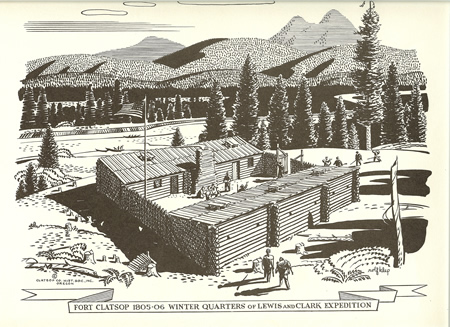 * Explorers - In 1805, Captain Meriwether Lewis, Second Lieutenant William Clark, and the Corps of Discovery arrived on the Oregon Coast. Before two weeks had passed, they left their storm-bound camp on the north shore of the Columbia River and explored an area to the south where elk were plentiful. Lewis scouted ahead and located an "eligible" site for winter quarters. The men began to build a fort in early December. By Christmas, they were under shelter. They named the fort for the friendly local Indian tribe, the Clatsop. For the next three months, it would be their home. Today, visitors can still tour Fort Clatsop, just a few miles north of Seaside. 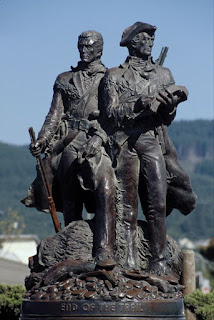 Visitors to Seaside also have the opportunity to see this wonderful monument to Lewis and Clark, appropriately titled "End of the Trail." Located in what is known as the Seaside Turnaround, a walkway extends from the statue down the Promenade, a walkway stretching along the beach. 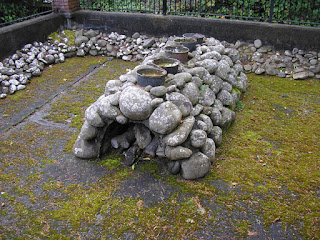 *Salty Business - By the time the Corps reached the lower Columbia River region, they'd run out of salt, appreciated for seasoning, but vital for preserving meat. Good food meant good spirits, and keeping up morale during the rainy winter of 1805 was important. But meat preservation could mean the difference between life or death for the men. Southwest of Fort Clatsop, in what is today Seaside, a perfect location to make salt was discovered. Five men traveled to the beach site, built the camp, and set five kettles to boiling on their newly constructed furnace. The kettles bubbled 24 hours a day to produce salt. Records indicate the men left Fort Clatsop Dec. 28, 1805 and left the camp Feb. 20, 1806, returning with approximately 28 gallons of "excellent, fine, strong & white" salt.

*A Beach Resort - On a hunting expedition, railroad tycoon Ben Holladay visited Seaside in 1870. The area, at that time, was both wild and beautiful. A few hundred yards from a cove, tucked beneath the protective wing of Tillamook Head (a high promontory on the coast, a few miles southwest of Seaside), he purchased a parcel of land. Construction of "Seaside House" began immediately. Within a year, an imposing and luxurious Italian Villa style hotel opened. The property become a haven for the upper-classes, featuring, among many amenities, a race track and premium stable facililties. All along the west coast, the Seaside House became famous for its plush elegance amid the untamed ruggedness of the Oregon Coast. Although there is debate about how the town came to be named Seaside, when it was incorporated in 1899, it bore the name "Seaside"  - the name Holladay dubbed his hotel. 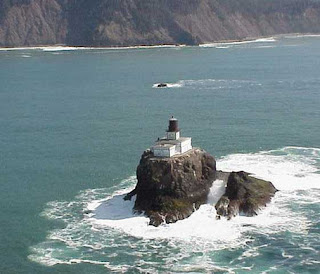 *Rock in the Ocean - One mile west of Tillamook Head, a rock, shaped like a sea monster, rises from the ocean. Indians believed it was where ocean tunnels inhabited  by spirits came to the surface. In fact, sheer cliffs drop straight into the sea to depths up to 240 feet. And clinging to the top of the rock is a lighthouse - a symbol of the battled between human endeavors and the forces of nature. The story of Tillamook Rock Lighthouse began in 1878 when Congress designated $50,000 for a lighthouse to mark this section of the Oregon Coast.  In June 1879, H.S. Wheeler boated out to the rock to determine if a lighthouse could be built there. It took him several attempts to land there, due to heavy seas. After a thorough inspection, he declared the rock conquerable. Locals scoffed at the endeavor and refused to work on the dangerous project.

The second master mason in charge of the project (the first was swept into the churning sea when he attempted to step onto the rock and his body never recovered), was forced to hire men unfamiliar with the area and keep them sequestered at Cape Disappointment until construction began to keep locals from frightening them away. The first four laborers were left a the rock Oct. 21, 1879. The remaining five crew members arrived five days later. No small effort was made to land both men and supplies on the rock in the midst of the turbulent sea. The first ten days, the crew remained totally exposed to the elements. Finally, a shallow niche was excavated in the northeast side of the rock where the men constructed a sturdy timber shanty, bolted to the rock and covered in canvas. In January, a storm struck. Seas crashed above the crest of the rock. Breakers tore off chunks of rock and tossed them hither and fro. A storehouse, the water tank, along with precious tools and provisions, were swept into the ocean. Hungry, soaked, and with no place to go, the men hunkered down in their shelter and waited. It took sixteen days before someone could come to the aid of the men.
By the end of May, more than 220 days into construction, the hump on top of the rock had been leveled, allowing construction of the lighthouse to begin. The lighthouse was lit for the first time on Jan. 21, 1881. Despite all the challenges, the only death was that of the first mason.
Storms frequently battered the lighthouse, earning it the name Terrible Tilly. For seventy years, the lighthouse shone out in the darkness of the raging sea until it was replaced with a red whistle buoy, about one mile seaward of the rock.
The lighthouse went through a series of various owners until a group purchased it in 1980 and turned it into the Eternity at Sea Columbarium, where interested parties could have their ashes stored. The owners lost their license in 1999.
Tillamook Rock Lighthouse is listed on the National Register of Historic Places. 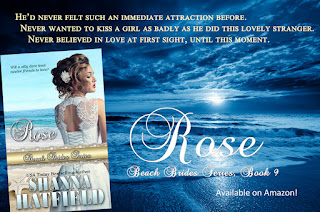 Discover more tidbits about Seaside, it's history, fun places to visit,  and the surrounding area in Rose, the story of an old-fashioned girl waiting for her dream man to knock on her door.
Oh, and there's a message in a bottle, two lunatic but well-meaning old women, an antique store full of treasures of yesteryear, and a cranky cat named Tumnus, too!


A hopeless romantic with a bit of sarcasm thrown in for good measure, Shanna Hatfield is a USA Today best-selling author of sweet romantic fiction written with a healthy dose of humor. In addition to blogging and eating too much chocolate, this former farm girl is completely smitten with her husband, lovingly known as Captain Cavedweller.
Shanna creates character-driven romances with realistic heroes and heroines. Her historical westerns have been described as “reminiscent of the era captured by Bonanza and The Virginian” while her contemporary works have been called “laugh-out-loud funny, and a little heart-pumping sexy without being explicit in any way.”

Posted by Shanna Hatfield at 10:00 AM