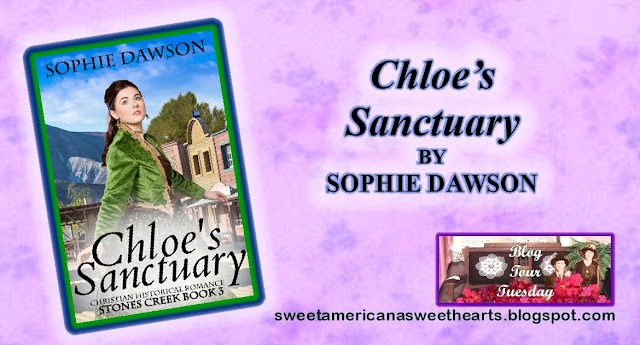 Five years ago Chloe Ashburn and her two children were rescued by Nugget Nate and Penny. Since then they’d lived at Nate’s mission for troubled women called Sanctuary Place. Now, with Sanctuary House ready she, and several other rehabilitated women, are moving to Stones Creek, Colorado to find a loving husband. When a person from her past is revealed she worries that her new start might be over for good. She just wants to find a Sanctuary where she and her children can feel loved, wanted, and useful. Can Stones Creek be that place or will she once again be cast aside? Will the men who abandoned her five years ago ruin her chance at a Happy Ever After? Or will she find Sanctuary in the arms of the local blacksmith?

McIlroy has a secret. He lost a wife and family during the Civil War. He wants nothing to do with any of the women at Sanctuary House, or so he tells himself. Yet, he’s drawn to the tall, dark-haired Chloe and her children. Can he learn to forgive himself and allow love into his life again? Or will he push the woman away out of fear and guilt?

Eight women are getting a second chance at Sanctuary House. Will they find it, or is the past too strong to overcome? Will they find husbands for themselves and fathers for their children, or was Nugget Nate wrong to send them here? Can the past be overcome? Is there really a chance for any of them to find Sanctuary? The answers lie in the pages of Chloe’s Sanctuary.

It is a stand alone book but reading the series in order is recommended.
Leah's Peace
Chasing Norie
Chloe's Choice Free if you sign up for Sophie’s VIP email list or .99 on Amazon
Chloe's Sanctuary 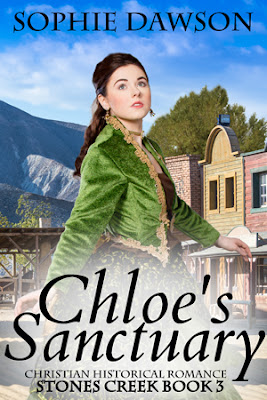 You can get Chloe’s Choice, the prequel to Chloe’s Sanctuary, for free by signing up for Sophie’s VIP mailing list.
Chloe’s Choice - Chloe was kidnapped as a ten-year-old child. Now she's been abandoned by the gang who held her for years. She's alone, except for her 8-year-old son, and in labor. What choice does she have? A broken down shack, little food and out in the middle of nowhere aren't the way she wants to deliver the baby.
~~~~~
To purchase Chloe's Sanctuary
please click here. 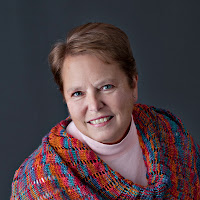 Sophie Dawson has made up stories in her head all her life. It wasn’t until 2011 that she began writing typing them out.

Sophie writes Christian fiction(translate that to romance). Her first books were all historical fiction romance. They’ve won multiple awards and garnered rave reviews. Now, Sophie is branching out into contemporary romance though she plans to continue writing historical and hopes to add more books in her popular Cottonwood and Stones Creek series.

Sophie lives with her husband and cat on a farm in western Illinois. She’s an avid seamstress and was a professional quilter for a number of years before the writing bug bit. She’s just thankful it’s not fatal.

She lives on a farm in western Illinois with her husband and  extremely old cat. She loves reading, sewing, gardening, computer games and traveling. An avid seamstress she was a professional quilter before the writing bug bit. Thankfully, the bite wasn't fatal.