The new series that I am working on has required a lot of new research in the state of Kansas. One thing that I needed to know was the Native American Situation and whether it was realistic to have any Indian/Settler skirmishes at the time that my stories take place which is 1878-1880. By this time, Kansas was already a state in the Union. Statehood happened in 1861 and the story of how it came to be is a post in itself!

Here is short timeline of a few things going on in 1870's Kansas that I wanted to make sure I was aware of before writing my first story set there. I strive for historical accuracy and often information like this inspires my plotting. This list is not exhaustive by any means, but it was pertinent to my new series. 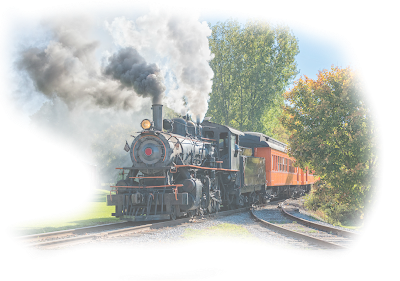 1870  -  The Kansas Pacific Railroad extends from Kansas City to Denver.
1871  -  April 15 -- 'Wild Bill' Hickok became the marshal of Abilene.
1872  -  June 17  --  Hoover's Bar established in a tent shop five miles west of Fort Dodge.
It was the founding business of Dodge City. Up to then the town had been dry.
"Home on the Range" song words written by Dr. Brewster Higley, M.D. (Smith Cty)
Ellsworth became the northern shipping point of the Texas cattle trail. (Succeeding
Abiliene.)
The Sante Fe Railroad was completed to the Colorado border and succeeded the Santa Fe
Trail as the main transportation route to the southwest.
1873  -  The Kaw Indians were removed from their reservation in Morris County to Oklahoma
Territory.
Grasshopper plague from the Rocky Mountain Locust devastated the corn crop.
Four Kansas railroads shipped 122,914 head of Texas cattle in eight months.
1874  -  Mennonites from Russia introduce Turkey Red wheat to Kansas.
1875  -  Most of the buffalo in the state have been destroyed.
1876  -  Wyatt Earp moved to Dodge City.
1878  -  Cheyenne raid in Northwestern, Kansas. In Oklahoma Indian Territory, the Northern
Cheyenne left their reservation and headed north to their lands in Yellowstone. They were
stopped in Northwestern Kansas at Ladder Creek (known as Beaver Creek today.)
The last Indian raid in Kansas occurred in this year.
1879  -  Prohibition at the forefront of the Kansas legistlature.
1880  -  Kansas became the first state to pass an amendment prohibiting all alcoholic beverages.

The decade of the 1870's went a long way in changing Kansas from a windswept open prairie to America's agricultural heartland. Until I started delving into its history, I knew little about this amazing state and the people that lived there. I am excited to set my next series there ~ The Oak Grove Series. Find out more on May 23rd here at Sweet Americana Sweethearts!

HOW MANY HAVE YOU READ?

The authors of the

are having a collective sale at Amazon over the Mother's Day Weekend! 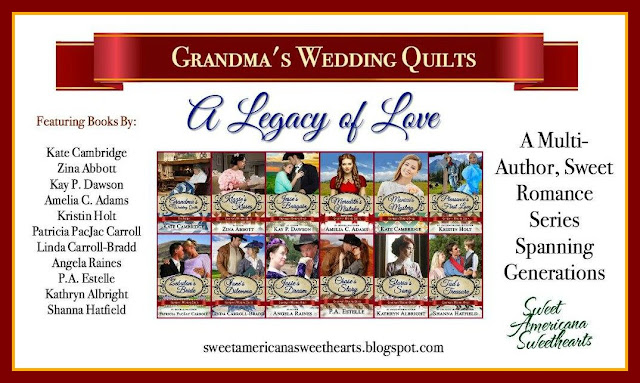 NOW is the opportune time to get your copies!

ALL THE BOOKS IN THE SERIES ARE DISCOUNTED TO

The Prequel is always 99 cents!

This means that starting today and over Mother's Day Weekend
ALL TWELVE BOOKS plus the PREQUEL will be discounted at the same time.

This is one series that gets better and better with each new read. Each story ties a family and quilt together to make it a wonderful outstanding clean series you do no want to miss. I can't wait for the next one!     PAGE BY PAGE REVIEWS 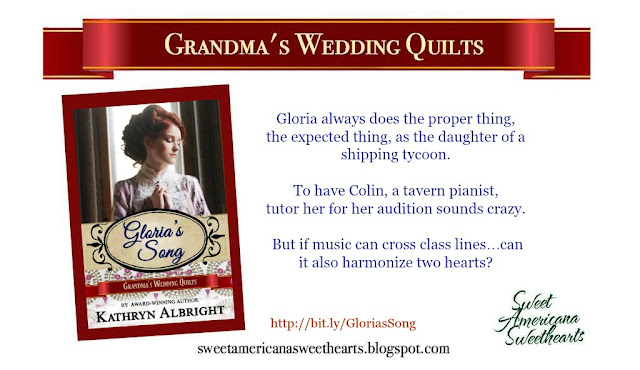 My story, Gloria's Song, is the one book in the series (besides the prequel!) that is not a historical western. Gloria's Song takes place on the Potomac River in Virginia where my mother's family comes from.
I love to hear my mother talk about the years growing up there and visiting her grandmother who lived in a four-story brick building that was built in the 1870s. Cobblestone streets and gas lamps...For fun they went ice skating, crabbing, and jumping off the dock. And my mother played the piano...A LOT! How could I not set a story there.
It seems appropriate to have Gloria's Song available on special for this special Mother's Day weekend.
Kathryn Albright writes sweet historical romance. Her stories celebrate courage and hope with a dash of adventure. Kathryn's stories have been finalists in the RWA Golden Heart and the HOLT Medallion as well as several other industry contests. She enjoys hiking and road trips with her husband (when he drives) and being caught up in a good story. She lives with her family in the rural Midwest.

Sign up for Kathryn's newsletter at www.KathrynAlbright.com to be the first to hear of her books, contests, and more.