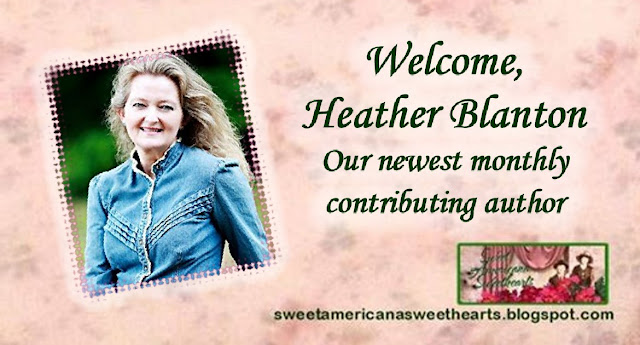 A former journalist, Heather is an avid researcher and skillfully weaves truth in among fictional story lines. She loves exploring the American West, especially ghost towns and museums. She has walked parts of the Oregon Trail, ridden horses through the Rockies, climbed to the top of Independence Rock, and even held an outlaw's note in her hand.

Heather is the independent bestselling author of several Christian Westerns, including the Romance in the Rockies series. Intrigued by the concept of three good sisters stranded in a lawless Colorado mining town, a few notable Hollywood producers have requested the script for her first book in that series, A Lady in Defiance. Heather’s writing is gritty and realistic. In fact, her books have been compared to AMC’s Hell on Wheels series, as well as the legendary Francine Rivers book, Redeeming Love. 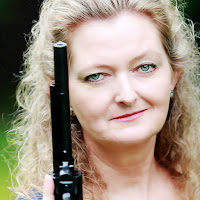 Christian Westerns is the genre that lets her write about strong pioneer women and men who struggle to find God and then live out their faith in real ways. Romance is always a strong element in her stories because it is such a beautiful gift from God, and a perfect reflection of how he loves His children: sacrificially and lavishly. Heather's stories aren't preachy or cheesy, but she hopes they are heart-warming, realistic, illuminating, and glorifying to God. Like good old fashioned Westerns, there is always justice, a moral message, American values, lots of high adventure, unexpected plot twists, and more than a touch of suspense.

"I believe Christian fiction should be messy and gritty, because the human condition is ... and God loves us anyway." -- Heather Blanton

A Promise in Defiance: A Christian Historical Western Romance Set in Colorado (Romance in the Rockies Book 3)
Bestselling author Heather Blanton brings readers the third book in the highly acclaimed Christian Western Romance in the Rockies Series--a gripping tale of two men with dark pasts and the women who could make them...or break them.
Reformed Saloon-Owner and Pimp...
When Charles McIntyre founded the Wild West town of Defiance, he was more than happy to rule in hell rather than serve in heaven. But things have changed. Now, he has faith, a new wife...and a ten-year-old half-breed son. Infamous madam Delilah Goodnight wants to take it all away from him. How can he protect his kingdom and his loved ones from her schemes without falling back on his past? How does he fight evil if not with evil?
Redeemed Gunman...
Logan Tillane carries a Bible in his hand, wears a gun on his hip, and fights for lost souls any way he can. Newly arrived in Defiance, he has trouble, though, telling saints from sinners. The challenge only worsens when Delilah flings open the doors to the scandalous Crystal Chandelier Saloon and Brothel. She and the new preacher have opposite plans for the town. One wants to save it, one wants to lead it straight to hell.
Reaping...
For Tillane and McIntyre, finding redemption was a long, hard road. God's grace has washed away their sins, but the consequences remain and God will not be mocked. For whatsoever a man soweth, that shall he also reap...and the harvest is finally at hand.            Available on Amazon

Banished to the dusty cow town of Misery for an alleged affair, Grace Hendrick wants nothing more than to get her son away from the clutches of his abusive father Bull, back in Chicago. But if she dares to return home, Bull has promised Grace she'll never see their son again. She has no choice but to accept her situation--temporarily. Struggling to figure a way to survive, she refuses to consider prostitution. The hamlet of Misery, however, isn't brimming over with jobs for respectable women. Fueled by hate and desperation, she concocts a shocking plan to find work.
Thad Walker is the middle son of the oldest, most successful cattle baron in Wyoming, and he always puts the ranch first. One chance meeting with Grace Hendrick, though, batters his focus like a hail storm in July. And there couldn't be a worse time to lose his focus.
A true Western saga written in the the vein of Lonesome Dove and Redeeming Love, truth weaves seamlessly with fiction in Grace be a Lady to deliver a stunning tale of love blossoming in a field of violence.            Available on Amazon.
Posted by Zina Abbott Author at 7:27 PM