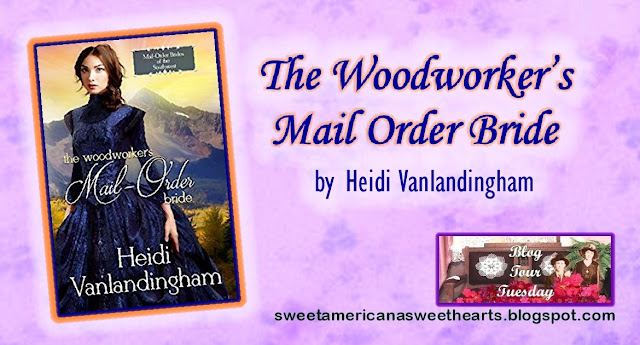 Ashamed of his criminal past, Anthony Trevain is living the solitary life he wants, but when he finds himself raising his orphaned younger sister, he’s forced to take a bride. Marriage to Rebecca is nothing like he thought, each day a struggle as he tries to keep his past a secret and his wife at arms’ length. To provide for his new family, he must accept a job from the one man who could put him back in the criminal life.

To escape the clutches of her society- driven mother, Rebecca Townsend flees Baltimore as a mail-order bride. When she arrives in the mining town of Creede, Colorado, nothing is as she thought it would be. Rebecca falls in love with the stranger she married, but does Anthony love her enough to make their marriage work?

A series of incidents puts Rebecca and Anthony, their family, and friends in grave danger. Will their new family be torn apart before they can come together? 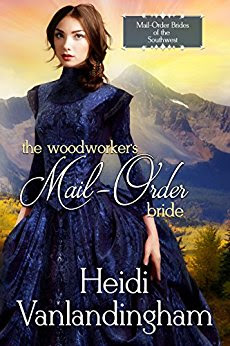 Anthony’s lips twitched and, for the first time that day, he felt like laughing. That feeling quickly disappeared the moment his thoughts turned back to the task at hand. He needed to find the woman, Miss Rebecca Townsend, and get her secured on the train heading back to wherever she came from. He’d prove to everyone he could handle a ten-year-old girl, because no matter what life threw at him, he wasn’t taking a wife. He’d seen enough growing up. Marriage wasn’t wonderful or loving. In his experience, it was filled with anger, hate, and punishment.

He climbed up into the train and walked through the first empty car, then the next. Hope began to fill him as he pushed open the last door and stepped into the car. Maybe the woman hadn’t actually come in on the train, and he could return to building his cabin and figuring out how to deal with his sister. His hope drained away as he stared at the sleeping figure in the last seat. She wore a cameo at the throat of her dark blue traveling suit.

He forced one boot in front of the other as he made his way toward her, quietly easing his way down the narrow aisle. Standing in front of her, he drew in a shaky breath. The woman was beyond beautiful. Her long, black eyelashes looked like thick crescents, and were a stark contrast against her flawless, porcelain skin. Her pale pink lips looked silky soft and were slightly open. She had a small, black beauty spot just above the corner on the left side of her mouth. Even wearing a traveling coat, he could tell she was thin and a bit taller than the women he was used to. His fingers itched to pull on the ribbon that was holding the bonnet tight to her head from underneath her chin so he could see what she looked like without it.

Mentally shaking himself, he refocused. The last thing he needed was to fall for a pretty face. A woman’s beauty would never sway him from his vow against marriage. He leaned closer and lightly touched her shoulder, the scent of lilac filling his nostrils. The lady didn’t move. He rested his hand on her shoulder again and gently shook her.

Her eyes popped open, and she let out a startled gasp. He took a step back as she sat up straight then stood, her hand covering the cameo at her neck. He’d been correct about her height. She was tall, her forehead even with his nose. Her eyes widened in surprise. “I’m…I’m so sorry,” she muttered, grabbing for her small valise resting on the luggage rack above her seat. He reached around her and pulled the valise from her grasp and led her from the train to the outside platform.

“Are you Rebecca Townsend?”

The man continued to glare at her then gave her a rude grunt before turning in the narrow aisle. “Follow me,” he said and walked away.

“You must think me a terrible person. First, to descend on you this way, and then to fall asleep.” She prattled on and nervously wrapped and unwrapped the strings of her reticule around her hand. “I am sorry, but I had no other recourse. Staying in Baltimore was no longer an option.” They walked to the end of the platform, but she half-turned toward him instead of looking where she stepped.

As she began to topple sideways off the platform, he grabbed her arm and pulled her against him harder than he’d intended. She let out a muffled breath that warmed his chest, and for the briefest moment, she rested her forehead against him. She let out a soft chuckle, and a small frisson of electricity crackled from the hand still wrapped around her arm, up to his shoulder, and down to lower parts of his body.

He jerked his hand away, but not before the feel of her slender body pressed against his imprinted in his mind. Other than giving Nora a quick hug, he’d never touched another woman and wasn’t quite certain he wanted to touch this one again. She carefully slid her feet away from the top step. He met her blue gaze, immediately drowning in their cool depths as if he was sinking under the clear blue waters of the mountain lake behind his cabin.

“Thank you,” she said huskily. “I’m a bit clumsy when ruffled.”

She kept up with his fast pace as he marched her back through town toward the grocery. What he was going to do with this curious and definitely intriguing woman momentarily eluded him. But for whatever reason, he was loathe to put her on the train that would take her home.

You may purchase The Woodworker’s Mail Order Bride from Amazon by
CLICKING HERE.

Have you ever picked up a book and lost yourself in the story, laughing on one page then cry on the next? This is my goal as a writer. I want to bring readers the same pleasure I have when reading a good book. My favorite genres are paranormal, historical, gothic, and young adult. And somewhere buried in all that is a great cozy mystery just waiting for me to discover it.

I live in the middle of tornado country. I write during the day and the rest of the time I can be found in a baseball stadium somewhere watching my academically brilliant and athletically talented son. I love to travel, prefer to read than do anything else, have an autistic son and several immortal fish who know I need their space for more books.