Jonathan Keeney and the town of Stone House

Captain Jonathan Keeney was a mountain man with Jim Bridger, a wagon scout, a pioneer of the Oregon Trail and Barlow Road, a settler, a miner, a soldier, and an inn and ferry owner. 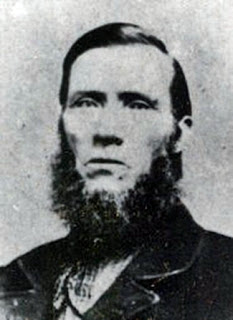 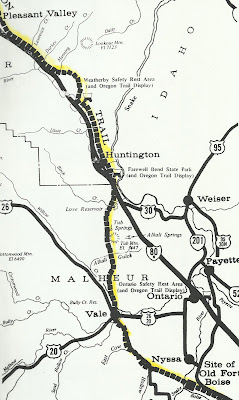 That little cabin on the south side of the river served as a wayside inn for the pioneers passing along the Oregon Trail from 1863 to 1870. One of Jonathan's sons, James, ran a tavern in one of the rooms.
In 1870, Lewis B. Rinehart purchased Jonathan's holdings and built a two-story sandstone house where the cabin once stood. The Stone House became a focal point in the region as travelers stopped to rest there. A stage coach office was there, as well as the office for the ferry that hauled wagons across the Malheur River.  Today, the Stone House still stands, and is the second oldest building remaining in Malheur County. Open as a museum, visitors can explore the rooms and envision what it might have been like to cross nearly twenty miles of nothing but rolling hills and sagebrush to find a two-story home greeting them yards beyond the bank of the river.  Many referred to the growing settlement by the name Stone House, Malheur Crossing, or Rinehart's Crossing.
Always looking for his next adventure, Jonathan  also established the first homestead in the area near Dell, now known as Jamieson, about twenty miles from Vale. After delivering cattle from his homestead to gold miners in Mormon Basin, he accidentally shot himself and is buried in the Dell Cemetery above his homestead. The gold he brought back in payment for his cattle from the miners in Mormon Basin has never been found. A later owner of the Keeney Homestead in Jamieson was the noted J.R. Simplot. who went on to build an agriculture products empire.

Because of Keeney's contributions to the settling of Oregon and this little corner of the state, visitors to Vale can go just a few miles out of town to the Keeney Pass Interpretive Site. Located directly on the ruts of the Oregon Trail, the interpretive center gives a clear glance into what pioneers might have seen when they crossed the dry, desert are dotted with sagebrush. The landscape has remained largely unchanged since the days when hundreds of wagons crossed the rolling hills. Managed by the Bureau of Land Management as an interpretive site, it offers a 2/3-mile round-trip hike along a section of the original Oregon Trail and visible wagon ruts near an interpretive shelter. Wayside exhibits tell the stories of the overland experience and the native peoples of the area. Please stay on the path in order to protect the historic wagon ruts. 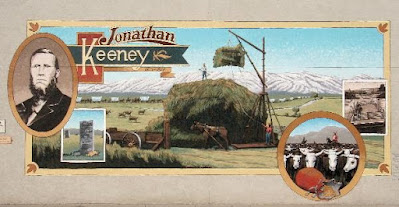 The town of Vale also has many murals painted on buildings. One of them is dedicated to Jonathan Keeney.

In my soon-to-release sweet historical romance book, the three stories are set in the town of Rinehart's Crossing, one of the many names Vale was once known by. 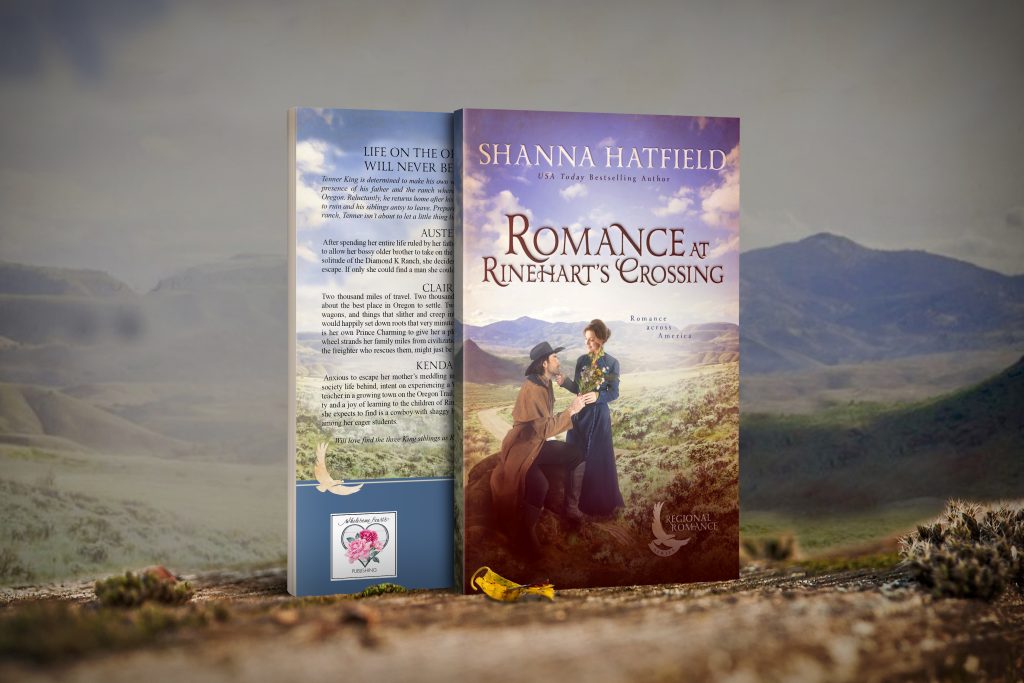 Life on the Oregon Trail will never be the same . . .

Tenner King is determined to make his own way in the world far from the overbearing presence of his father and the ranch where he was raised in Rinehart’s Crossing, Oregon. Reluctantly, he returns home after his father’s death to find the ranch on its way to ruin, his siblings antsy to leave, and the women in town completely infatuated with a mysterious poet. Prepared to do whatever is necessary to save the ranch, Tenner isn’t about to let a little thing like love get in his way.

♥ Austen – After spending her entire life ruled by her father, Austen Rose King certainly isn’t going to allow her bossy older brother to take on the job. Desperate to leave the hard work and solitude of the Diamond K Ranch, she decides a husband would be the fastest means of escape. If only she could find a man she could tolerate for more than five minutes.

♥ Claire – Two thousand miles of travel. Two thousand miles of listening to her parents bicker about the best place in Oregon to settle. Two thousand miles of dusty trails, bumpy wagons, and things that slither and creep into her bedding at night. Claire Clemons would happily set down roots that very minute if someone would let her. What she needs is her own Prince Charming to give her a place to call home. When a broken wagon wheel strands her family miles from civilization, she wonders if handsome Worth King, the freighter who rescues them, might just be the answer to her prayers.

♥ Kendall – Anxious to escape her mother’s meddling interference, Kendall Arrington leaves her society life behind, intent on experiencing a Wild West adventure. Hired as the school teacher in a growing town on the Oregon Trail, Kendall hopes to bring a degree of civility and a joy of learning to the children of Rinehart’s Crossing. However, the last thing she expects to find is a cowboy with shaggy hair, dusty boots, and incredible green eyes among her eager students.

Will love find the three King siblings as Romance arrives in Rinehart’s Crossing?
Read all the books in the Regional Romance Series featuring historic locations, exciting drama, and sweet (yet swoony) romance!

USA Today Bestselling Author Shanna Hatfield is a farm girl who loves to write character-driven romances with relatable heroes and heroines. Her sweet historical and contemporary romances are filled with sarcasm, humor, hope, and hunky heroes.

Pioneer Days in Malheur County by Jacob Ray Gregg, 1950
Posted by Shanna Hatfield at 12:30 AM