THE RATS IN ST. LOUIS by Marisa Masterson

Rats! When I learned about this nineteenth century gang, I had exactly the authentic details I needed for the novel I am writing.

Even before Prohibition, gangs organized in St. Louis. Starting in the last decade of the nineteenth century, Tom Egan and another man known as The Snake called themselves The Rats. Why rats? No idea... (https://en.wikipedia.org/wiki/Egan%27s_Rats) 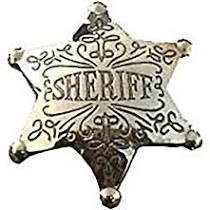 Egan's rivalry with a man called Bad Jack provided great fodder for my next novel. I needed the heroine's dead husband to be opposite the sheriff she marries. What better contrast to a lawman than a criminal?

With that in mind, I researched the criminal element of St. Louis in the 1890s. Bingo! I discovered a bad guy named Tom Egan whose rivalry with other gangs regularly resulted in his gangmembers' deaths. Not only did this give me a reason for my heroine to be a widow but I also found a rivalry that could be written into the novel.

Oops! I'd better not reveal any more. I've already given away enough of the plot for now. You'll have to read A Bride for Dun to discover how Bad Jack and The Rats gang bring the heroine's problems to a head and reveal her secrets to the law-abiding hero.