An Unlikely Romance by Jo-Ann Roberts

I readily admit I am an avid student of history. I've always been drawn to everyday people who lived, loved, and fought alongside notable characters from the past. In elementary school, you'd find me in the history section of the Berkshire Athenaeum reading stories of  the early years of Mary Mapes Dodge, Betsy Ross, and Clara Barton. During high school and college, I took as many history classes as my schedule would allow. As an adult I fell in love with all of John Jakes' series, thrilled when many of them came to life on television. Victoria Holt, Jude Deveraux, and Roseanne Bittner were-and still are-among my favorite authors. When I began writing, I naturally gravitated toward historical romance.
So I wasn't surprised when inspiration for my new series, Mended Hearts, came from the real-life romance, Undaunted Heart: The True Story of  a Southern Belle and an Yankee General by Suzy Barile. 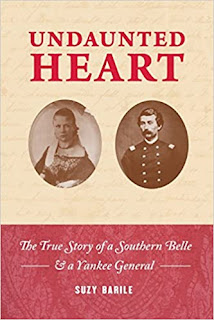 In February, 2019, our local NBC affiliate, WRAL, aired a weekly segment, "The Tar Heel Traveler" narrated by Scott Mason.  Just in time for Valentine's Day, he tells the love story of Miss Ella Swain, daughter of the President of UNC-Chapel Hill, and Union General Smith Atkins of the 92nd Illinois Volunteers, a mounted cavalry. (To view the segment  CLICK HERE)
Their meeting, courtship, and marriage gave North Carolinians a lot to talk about for generations. Their story even made its way into state history books. But over time, the facts of their love story gave way to legend.
When a brigade of General Sherman's victorious army marched into Chapel Hill the day after Easter, 1865, the War Between the States had just ended, and President Lincoln had been assassinated. Citizens of the picturesque North Carolina college town had endured years of hardship and sacrifice, and now the Union army was patrolling its streets. One of Sherman's young generals paid a visit to the stately home of David Swain, president of the University of North Carolina and a former governor of the state, to inform him that the town was now under Union occupation.
Against this unlikely backdrop began a passionate and controversial love story still vivid in town lore. When President Swain's daughter, Ella, met the Union general, life for these two young people who had spent the war on opposite sides was forever altered. 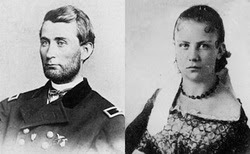 But, as a close friend of the Swains wrote, when Atkins met Ella, the two "changed eyes at first sight and a wooing followed".  The reaction of the Swains and fellow North Carolinians to the North-South love affair was swift and often unforgiving.
Ms. Barile, a great-great-granddaughter of Ella Swain and Smith Atkins, tells their story, separating facts from the elaborate embellishments that the famous courtship and marriage have taken over the generations. Interwoven throughout Undaunted Heart are excerpts from Ella's never-before-published letters to her parents that reveal a loving marriage that transcended differences and scandal.
Immediately after this segment aired, my active imagination went into over-drive...I couldn't get my thoughts down on paper fast enough! But I was nearing the end of Book Two in the Brides of New Hope series, and Book Three waited in the wings.
Still, this romance wouldn't quit teasing me.
The day I sent off Grace-Brides of New Hope Book Three, my research began on the Tar Heel state during the last days of the Civil War, Sherman's capture of Raleigh, the Union army's march to Durham Station (as it was called in those days), and the surrender of North Carolina.
During this time, my husband and I took a trip to Asheville. Stopping at the Southern Highland Craft Guild on the Blue Ridge Parkway, I picked up a piece of handcrafted wood fashioned into a heart. The attached card stated the Heart Mender "would lighten your heart...allowing your worries and stress to melt away". Bingo! I had the name of my new series, Mended Hearts, and the wooden heart became the connecting thread through all three books based on true events during the Civil War. 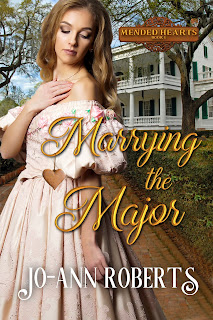 The War Between the States has ended...but for Kit and Will their battle had just begun.
As the daughter of a prominent judge, and well-bred mother whose roots traced back to the War of Independence, Katherine Lambert had been the belle of Adams Mill. Her upbringing, her education, and her privileged world revolved around the latest fashions, picnics, parties, and a host of beaus and friends.
She was expected to raise children; not her voice.
Until she defied her family and the Rebel cause by doing the unthinkable...falling in love with a Union cavalry officer.
***
When the very elegant, very beautiful Katherine Lambert looked at U.S. Major William Chandler was the moment she marched off with his heart. Though he always planned to carve out his own destiny, to marry and raise a family, he never expected love to find him in a small Southern town.
Encountering opposition at every turn, he remained undaunted, determined to court and marry Kit, and see who took serious objection.
They'd hoped their love would mend and heal the wounds of a splintered family, but someone else had other ideas. 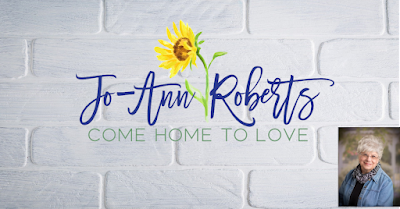