Telephone Linemen in the Early Years

When I was working on my recently released sweet romance, The Christmas Ring, I knew I wanted the hero to be in town working as a telephone lineman.

The story takes place in 1903 in the real town of Hardman, Oregon, which is today a ghost town without a lot of historical details available. So I decided that would be the year the town received telephone service!

As I delved into the research, I came across an old photograph that really provided so much inspiration for my character, Trace Travers. 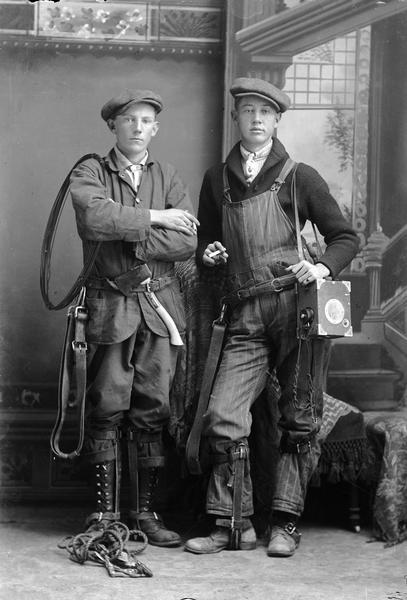 Just looking at this photo, I could so easily picture Trace in those bib overalls with the tall boots and the cap on his head set at a jaunty angle. 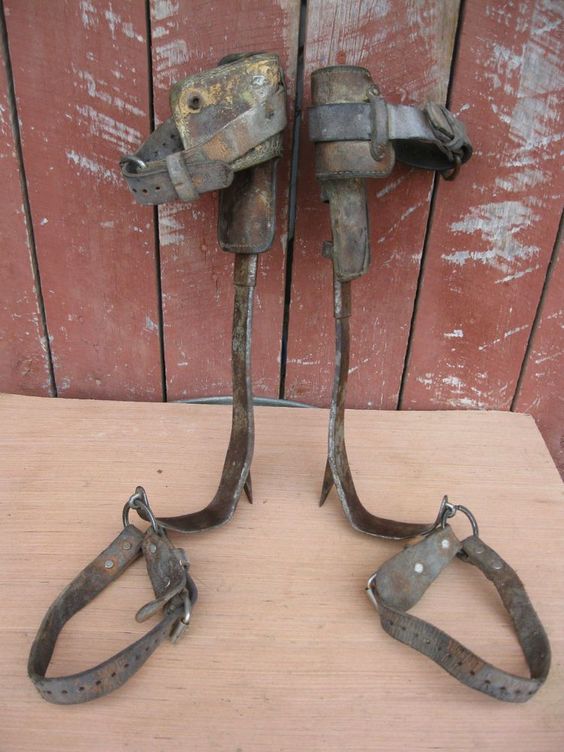 He would have worn gaffs similar to these that fastened around his legs. The spikes on the back could be set into the wooden poles to keep the linemen from slipping. They also wore thick leather belts that fastened them to the poles to prevent (hopefully!) them from falling. 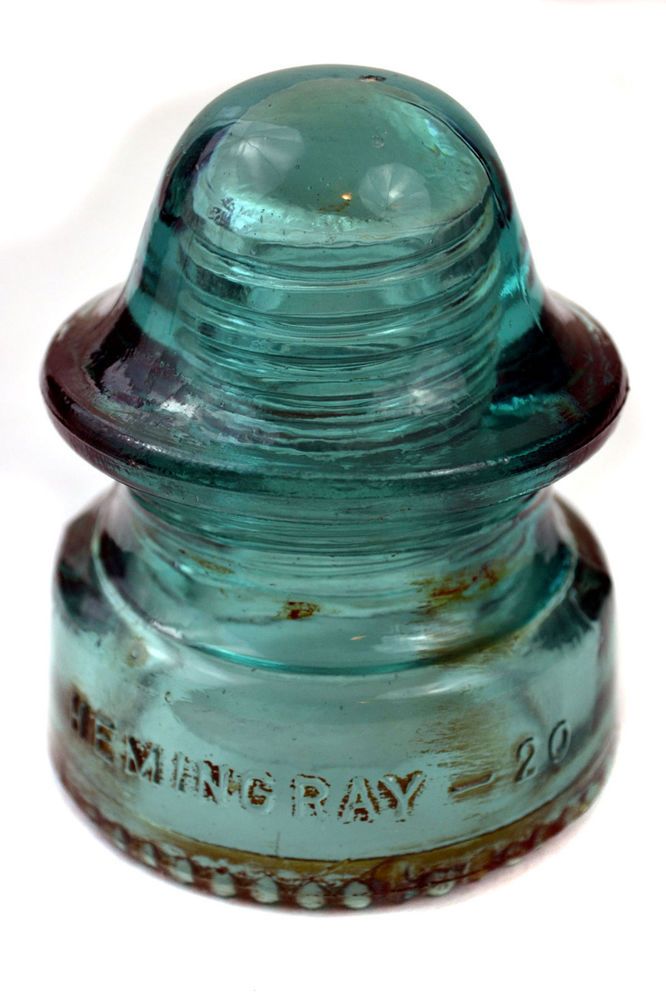 Glass telephone insulators were used to install the wire on top of the poles. Today, you'll often see them in antique shops, the glass having turned blue or purple from years of exposure to the sun.
What I didn't know was that each part of the insulator has a name, like a crown, skirt, and petticoat. How fun is that?

Trace certainly has fun with it in my story. 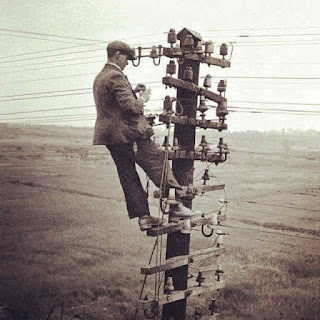 And I had fun creating Trace's character. He's charming, funny, terrified of heights, and a part-time outlaw.

I hope you'll have fun meeting him and Victoria in The Christmas Ring.

Victoria Carter flees from the gossip that dogs her every step. She hopes to embark on a new chapter of her life at her brother’s home in eastern Oregon. What she didn’t plan on was the stagecoach being robbed on the way there, or the immediate attraction she feels to one of the outlaws. Then she meets a telephone lineman she finds charming, witty, and kind. Despite her intentions to avoid all members of the male species, her affections are torn between the two men.

A man of many secrets and talents, Trace Travers knows he has to stay focused on his work. Yet, the lovely sister of one of his friends threatens to capture not just his attention but also his heart. Resolved to ignoring Victoria and the emotions she stirs in him, he discovers she is a difficult woman to overlook, especially when she keeps popping up in the most unexpected places.

Trace and Victoria are swept into the town’s festivities as they ring in the holiday season. But will Christmas bring the forgiveness they both need if they hope to have a future together? 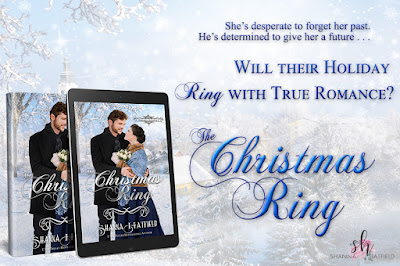 “I want that ring and I’m not leaving until I get it.” The first outlaw pointed to Victoria. Even with most of his face covered, she could easily picture a snide sneer on his lips. “Cut it off.”
“I ain’t cuttin’ off her finger, you half-witted blockhead. The boss would have ten kinds of fits if we done did that.” The second outlaw reached into the stage, grabbed Victoria around the waist, and hauled her out, setting her on her feet in front of him.
An involuntary gasp rushed out of her at being handled so brusquely. The desperado had picked her up as though she weighed nothing and she’d felt hard, solid muscles beneath her hands as she reflexively grasped his arms for balance. She dropped her hands as though she held hot coals, appalled as she wondered if he was as handsome as she imagined behind the bandana hiding his face. Unlike the thief intent on taking her ring, this one wore spectacles with dark lenses that kept her from seeing the color of his eyes. The shade cast over his face by the hat kept her from being able to even see their shape. But she did notice an eyebrow raise in question as she openly gawked at him.
The sagebrush swindler lifted her hand and studied her finger. Without so much as a by-your-leave, he pulled her hand beneath his bandana and stuck her finger in his mouth. His tongue laved her finger, circling it several times. Dumbstruck by the man’s scandalous and unexpectedly intimate behavior, Victoria found it impossible to move. Goose bumps rose on her skin and her knees threatened to quake as he continued bathing her finger with his tongue.
A lightheaded feeling settled over her. For a fleeting moment, she thought she might faint, but then she felt the ring slide off. The second it did, she jerked her hand away from him, causing the bandana he wore to flutter slightly, giving her a partial glimpse of a strong chin covered in brown stubble.
He winked at her as he plucked the ring from his mouth then held it out to his fellow plunderer. “I got it, Guy. Let’s skedaddle.” 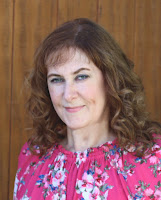 USA Today bestselling author Shanna Hatfield is a farm girl who loves to write. Her sweet historical and contemporary romances are filled with sarcasm, humor, hope, and hunky heroes. When Shanna isn’t dreaming up unforgettable characters, twisting plots, or covertly seeking dark, decadent chocolate, she hangs out with her beloved husband, Captain Cavedweller.
Shanna loves to hear from readers.