Law and Order in the Old West 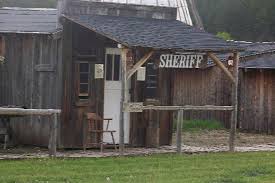 Looking back into the history of the wild west, lawmen didn't really exist much before the 1850s. This was a lawless period, where justice was served accordingly. What happened to change all that? Where did the lawmen come from?


After the Civil War, there were many men without homes or loved ones to go back to. Lands were destroyed, jobs were not available, and many men didn't want to return to the devastation of a ruined city or town. There was one thing they did know how to do, and that was to use a gun. Some men left their homes and traveled to the west, looking for a new start. 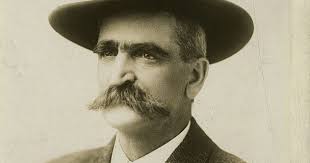 Moving west was not easy, but many of these men already suffered terribly from the war. They went to find a new life where they could survive and start over. Some men had the means to start their own business, while others signed on to ranches to become cowboys, the lure of open fields satisfying to them.

Some men, who were skilled with a gun, became gunfighters. Without laws to hold them back, and since the government wasn't in the business of law and order in desolate places yet, criminals escaped to the west to keep from being imprisoned. Many famous towns attracted these types of criminals, especially the mining cities that sprung up overnight.

There were lawful men and women who were moving westward and bringing with them the determination to make these towns law-abiding towns where families could be raised. Getting the riff-raff out was a necessary task, and they needed someone who was good with a gun.

Even in towns with lawmen, a sheriff or deputy may be less than honest. For instance, in my book, A Bride for Abel, the town's sheriff is so dirty he has the whole town scared to go against anything he says or does. With fear instilled in each man and woman, the sheriff did as he pleased.

Until the women of Pistol Ridge had enough. They convinced one man to defy the odds and help them save the town. It's an interesting story of how good versus evil and good always wins. 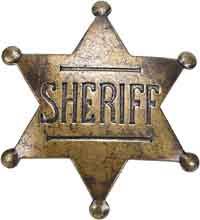 Here is the blurb:

A man wrongly accused of murder - A woman out of options - Can a marriage by proxy save them both?
Abel Roosevelt finds himself behind bars in Pistol Ridge for simply defending himself in a game of cards. He is given the ultimatum; marry the bride by proxy who was meant for the man that was killed.
Or, hang.
Kate Eisenhours only choice is to marry by proxy, so she sets off to a new life in Montana Territory where her Uncle is the sheriff. Can Kate survive a marriage by proxy to a man she never met?
What about Abel? Can he convince Kate her uncle is not the person she thinks he is? 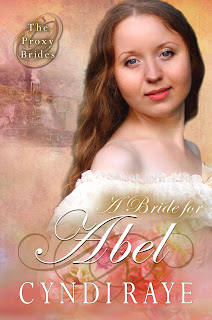 This story is available now on Amazon.