What is a Stalking Horse? 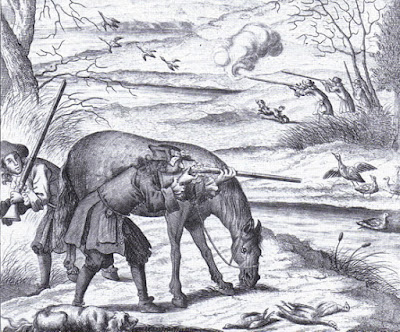 In today's society we don't hear much about stalking horses any more, but when it's used, most wouldn't know the meaning or the origin. Now when someone is called a stalking horse, it's a negative connotation. A stalking horse is someone who was used by another in order to get something bigger or greater. For example, if someone pretends to be friends with one person, because they really want to get to know a friend or relative of theirs better.

In the Sweet Americana time period, a stalking horse was used as a moveable blind to get closer to game -- ducks or deer, for example. Most wildlife didn't find the shape of a horse to be threatening on its own, not like the threat of the shape and shadow of a man. So using their horse, a hunter could get closer to their true goal.

The most famous stalking horse was used centuries before: 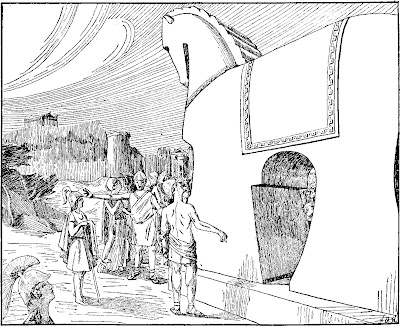 After ten years of trying to infiltrate the city of Troy on their own, the Greeks came up with the plan of using a horse shaped statue as a peace gift, when really they were concealing themselves inside.

It seems that the horse is considered one of man's most useful and innocuous companions, no one thinks of them as being menacing or conniving. Instead they were easily used as a means from getting from one place to another, for working with farmers in their fields, for companionship, and even for hunting or treachery. Maybe we should learn from this to think about peoples intentions before allowing them to get too close. Sometimes it is better to look the gift horse in the mouth.