Round or Rectangle? One door or two? Quirky Architecture of the 19th Century By Kimberly Grist 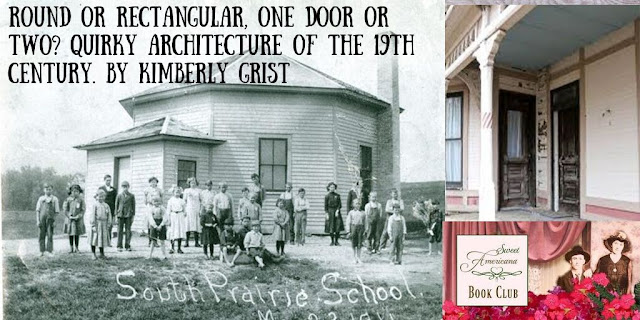 As I was researching typical homes built in the mid to late 19th century, I came across some wonderful and unusual designs. During the 1850s and 1860s, several thousand octagonal houses were constructed. 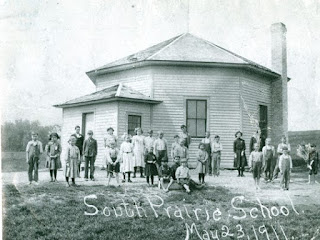 At the time it was believed that roundhouses increased sunlight and ventilation. Thomas Jefferson used the octagonal shape for his summer home and many Federal-style designs included octagonal rooms. 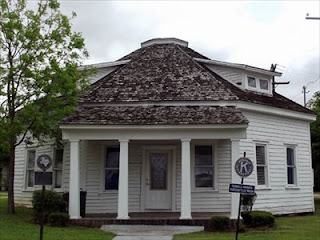 Robert A. Terrell built this octagonal home in 1864. It is a recorded Texas Historic Landmark and located on the campus of Southwestern Christian College. 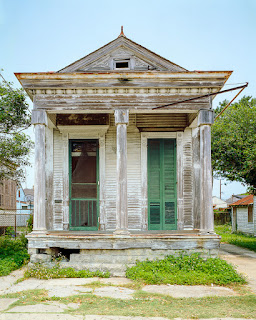 A more modest and common design during the same period is the house with two front doors. At first glance, one might assume these homes were built as duplexes, to house two families.

However, whether for extra ventilation or to provide a formal entrance for guests, these homes were designed for one family. Generally, both doors opened on to a front porch. 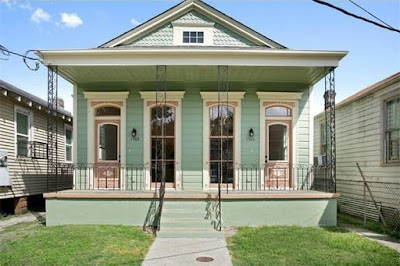 In my new release, Garnet's Gift, our heroine is befriended by the sheriff's wife who strategically uses her two front doors.

The left door is the work entrance for the sheriff and his deputies. The door on the far side opened into the formal parlor.

Twenty-two-year-old Garnet Adams longs to marry and have a houseful of children. Forced to support her widowed mother, she embraces her role as teacher, although the Carrie Town board of education's rules for female teachers leave no opportunity for a social life. She contents herself to play the violin at church.
Tall, bearded, and rough around the edges, Deputy Noah Scott would rather hunt than socialize. Garnet thinks he’s a rude, insensitive drifter, and Noah's sure the last person he'd want to court is a schoolmarm--especially with her unladylike sneeze. As the needs of her students bring them together, opposites seem to attract until a certain Christmas present derails their future.

Excerpt:
Chapter 1
1890 – Rules for Teachers
You must be home between the hours of six a.m. and before dark
unless attending church on Sunday or a school function.

Connect with Kimberly:
Combining History, Humor and Romance with an emphasis on Faith, Friends and Good Clean Fun. Kim's stories are written to remind us how God can use adversity to strengthen us and draw us closer to Him and give us the desires of our heart in ways we may never expect.
Facebook:  https://www.facebook.com/FaithFunandFriends/
Twitter: https://twitter.com/GristKimberly
Amazon Author Page: https://www.amazon.com/Kimberly-Grist/e/B07H2NTJ71