When I think of a trading post, I think of the American west, nineteenth century, but in fact there were many that cropped up in the Northeast eighteenth century as pilgrims came over the ocean to the “New World.”

They served the communities as entrepreneurs with enough money to stock all sorts of goods needed by the growing population. 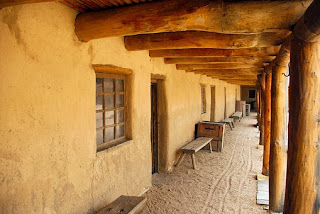 Trade bridged the cultures between the native tribal nations and ever-moving westward settlers on the frontier. The trading posts became cultural centers where neighbors might come from a sixty-mile radius by horse-drawn wagon.

They’d average twenty miles a day if the wagons were light, the terrain was good, and they didn’t plan on doing it more than two or three days in a row.

Travel alone might take a week there and back, so customers were treated well with many trading post owners offering a place to stay the night and sometimes, even supper and breakfast as well.

When a pioneer traveled to the trading post, they usually stayed a while, catching up on all the news and politics of the day.

Much like our modern-day Sam’s or Walmart, wares such as peaches or tobacco were often offered as samples to boost sales.

Trading post often sprung up along rivers or on creeks. The creaking floorboards were plenty scuffed, and the shelves filled to the brim with dishes—plain and fancy, sewing notions, toys, clothes, and shoes and boots.

Horse collars, frying pans, and oil lamps might be hung from the ceiling to make use of every single bit of room under roof. Jewelry, candies, and artwork might be in a glass-front counter piled high on top with bolts of fabric, skeins of wool, and blankets or quilts. 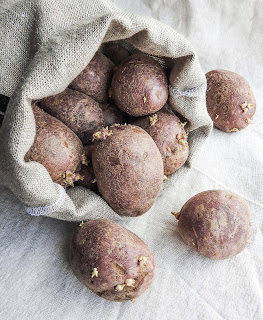 Burlap bags of seeds and feed with bales of cotton to be spun lined the wide porches between benches and tables where visitors gathered to take a load off and maybe play a game or two. If the trader didn’t have what a customer needed, he’d get it.

A lot of these goods were “traded” for something besides government-issued coins—thus the name “trading post.” Barter was a well-used method of getting what you didn’t have with something you did.

Farmers brought in seeds from their crops and the produce of their fields, corn, potatoes, .

Some proprietors—the better, longer-lasting ones—were filled with integrity and well-trusted, others were not, just as we have today. 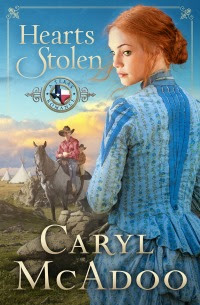 The latter didn’t usually make a go of it in a community. One excellent trading post owner in one of my stories I particularly remember—a heart-stopping scene in HEARTS STOLEN (book two in the Texas Romance Family Saga).

Levi stopped at the trading post’s front porch and glanced down the street while Wallace strolled on toward the diner. Rose and Laura hadn’t started back yet. He had a bit of time to see if Titus had any news.

He turned to go inside, then froze at the sight he witnessed through the store’s big front window. He cupped his hand over his mouth and whistled two low notes.

Wallace stopped, spun, and pulled his pistol. Levi drew his own and busted through the front door.

Nick Ward had that Arkansas toothpick of his held to some lady’s throat. Andrew Titus was pulling gold coins from behind his display cabinet and stacking them on the counter.

Levi pointed his pistol at Ward. “Drop the knife, Nick.”

“Hey, what do you know? It’s the boy ranger.” He turned the lady toward him. “You ain’t going to shoot. You’d kill her. Then I’d cut you into little pieces.”

Levi stepped closer. The lady pled with her eyes. Obvious terror kept her from speaking. “Do as I say, Nick, or you’re a dead man.”

Ward extended his left hand, exposing a small revolver, and smiled his wicked grin. “Looks like we got ourselves a Mexican standoff, Baylor.”

Ward’s mouth opened, but before a word passed his lips, his head jerked skyward. He dropped both knife and gun. The lady skedaddled. Wallace walked around from behind him.

OH, and as a bit of early bird knowledge, HEARTS STOLEN will be on sale for 99c (regularly $4.99) beginning THIS COMING Sunday and will be on sale seven days! If you haven’t read this one, it’s one you won’t want to miss! Of my forty-seven titles, one of my top three favorites!

GIVEAWAY: I'll choose one of the commenters to send a GIFT COPY of HEARTS STOLEN!

BIO : Award-winning Author Caryl McAdoo prays her story brings God glory! And her best-selling novels are blessed with a lion’s share of 5-Star ratings! With forty-four-and-counting titles, she loves writing as well as singing the new songs the Lord gives her—listen to a few at YouTube. She and husband Ron share four children and eighteen grandsugars. The McAdoos live in the woods south of Clarksville, seat of Red River County, in far Northeast Texas, waiting expectantly for God to open the next door.