Bathing was not a simple matter in the 1800s nor was hair care. For the very rich, even with servants, bathing was difficult. Water seldom came directly to the house. It came from wells—hand-cranked wells or, worse, from streams. To fill a bathtub in this matter was an arduous task. Most people took baths only once a week, usually on Saturday night. Growing up, I often heard people teasingly ask, “Have you had your Saturday night bath?”

My mother grew up in the 1920s and 30s, in the rural Deep South that did not have access to electricity until the 1940s. They had a well similar to the one pictured. Water was essential for drinking, cooking, and doing dishes and laundry. To expend energy on an indulgence such as a bath was often seen as unnecessary. Furthermore, in the winter, hauling water in from the well and then heating the freezing water on the wood stove was even more difficult. Think of the extra wood to be gathered and chopped in order to indulge in a warm bath. That, too, was another great expenditure of energy. How, then, did they bathe?

Most used a basin of water and a washrag with lye soap--a spit bath, also known as a sponge bath. The poorer folks poured water into a tin or enamel basin; the richer had porcelain basins and jugs. 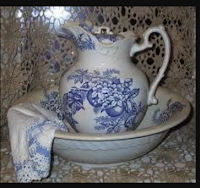 Note that the basin held a small amount of water. Another consideration on bathing in the 1800s is that the wells were shallow and may not have yielded much water, depending on their location


Even in the winter, sometimes, instead of heating the water on the stove, the basin would be placed near the fire to warm. Many people did not bother with warming the water at all, so, a quick wash of face, hands, and feet with cold water often sufficed. Remember that many cabins were one-room dwellings, and privacy was difficult to come by. Even a sponge bath had to be done quickly. One often had many siblings waiting to take their turn, using the same bathwater and that dirty water gave us the saying, "Don't throw out the baby with the bathwater." 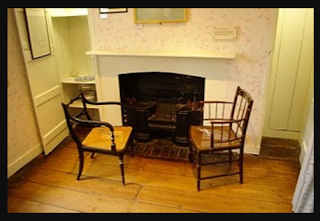 Those lucky enough to have their own bedrooms often had room for privacy. Although not in the United States, we can get an idea from this picture of Jane Austen's bedroom. Note the recessed area to the left that held the pitcher and basin. Source


When a full bath was taken, if you are picturing a claw-footed porcelain tub, think again. The rich and poor primarily used “tubs” that were easily moved from one area to another and were often quite small—certainly not one to linger in as many do today. The typical mid-19th-century bathtub was a product of the tinsmith's craft, a shell of sheet copper or zinc and not built to luxuriate in. More often it was the tub used for laundry.


Although this picture was taken as a gag, this gives us an idea of what bathing must have been like.
For the very rich, bathing was a different story as we see from this excerpt, the “History of the Bathtub”:

The solid porcelain tub remained the Cadillac of the bath industry into the 1920s and the hallmark of a high-end bathroom. Indeed, before 1910, bathrooms in and of themselves were often status symbols. In an era when houses with running water and waste piping were new and modern, a single bathroom with lavatory, flushing toilet, and fixed tub was a sign of progressive thinking and an essential step in the march toward better hygiene. What's more, the bathrooms of the wealthy were not so much places of daily cleanup and dressing, but therapeutic laboratories akin to personal spas. The shower we now associate with a daily spritz was frequently a stand-alone cage of multiple sprays designed for skin or kidney stimulation, while tubs were dispersed around the room for soaking one or more parts of the body.

And here is an example from the article above: 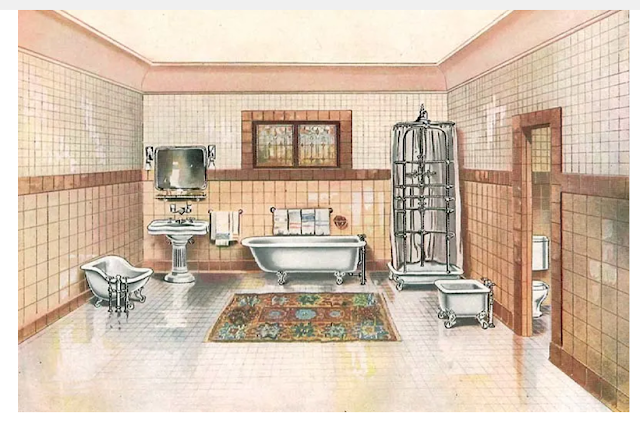 That, of course, was for the very rich, not for the common man and woman. If bathing was difficult, washing clothes was even more so. To combat smells and to keep their dresses clean, women often wore aprons on the outside of clothing and a chemise beneath to absorb sweat and odors. Men wore linen shirts, down to their knees, for the same purpose. Many of us remember seeing Mr. Darcy's long shirt in the Pride and Prejudice movie:


Did you know deodorant was not invented until 1888? Most people, even poorer ones, had several of these linen garments. The chemise, shirts, and aprons were easily hand-washed with lye soap and dried quickly, ready for the next day's wear, if needed, and so helped to disperse smells.

Lye soap was the only form of soap used by most people and had multiple purposes.

Here's how our ancestors made it:

Boil the ashes from a hardwood fire (soft woods are too resinous to mix with fat) in a little soft water, rain water is best, for about half an hour. Allow the ashes to settle to the bottom of the pan and then skim the liquid lye off the top. You can do this daily and when you've got enough of the weak solution, start the soap making process by boiling the liquid down until it'll float an egg…

Now put that meat fat, left-over cooking lard and vegetable oil into a kettle not over half full, and heat the whole mess until all the liquid has been rendered out of the solid scraps. While it's still hot, add this clean grease to the bubbling lye and continue to boil the mixture—stirring all the while—until it reaches the consistency of thick corn meal mush.

You should have a wooden box two inches high, three inches wide and six inches long handy. This is the mold for one bar.  If you're making more soap, use a larger box and cut the hardened finished product into convenient chunks. Cover the bottom of the box with waxed paper or grease to keep the soap from sticking, pour in the mushy mixture and let it cool. You've got yourself some backwoods soft soap! source

And now we come to the care of the hair. The women took seriously this Bible verse: But if a woman have long hair, it is a glory to her: for her hair is given her for a covering (I Corinthians 11:15). Thus, most women never cut their hair. Some had hair over six feet in length. Even today, with our modern conveniences, caring for such long hair is difficult. Imagine what it must have been like in the 1800s. So, again, washing hair was not something done lightly. Brushing hair was thought of as “cleaning hair.” And can you even imagine trying to brush out six feet of hair? If one were lucky, a nearby relative or a daughter would help with the process.

When the hair had to be washed, lye soap, the soap one bathed with, washed dishes with, and did laundry with, was used. Sometimes, eggs were used to wash the hair followed by a vinegar rinse, something I still remember from my childhood. And then, the hair had to dry. In the winter, a woman would sit by the fire or stove and comb out her hair while it dried.

Hair was not left to flow down one’s back, but was pulled into buns, sometimes elaborate ones, and needed some type of hair product to hold it in place. We’ll discuss hairstyle on another day. Right now, I might go avail myself of our modern conveniences and luxuriate in a warm tub of water! 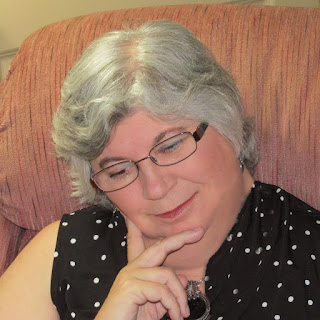 Abagail Eldan received a B.S. in Education from Troy University, with a major in biology and a minor in psychology. She continued her graduate work at Columbus State University, Troy University, and Auburn University, becoming certified to teach English, all mathematics, and all sciences. After teaching for nineteen years, she retired and lives in south Alabama with her husband. Look for her next book, Brokken Promises, coming soon. 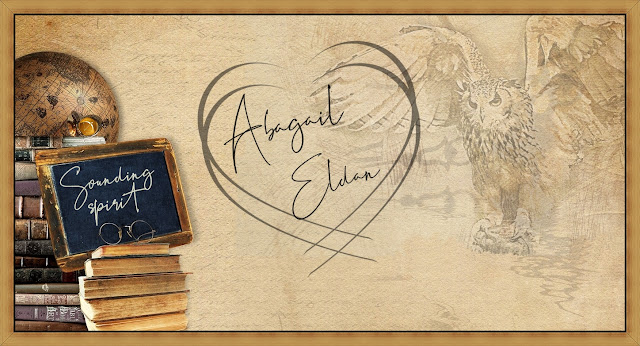 Posted by Sheila Hollinghead at 1:00 AM