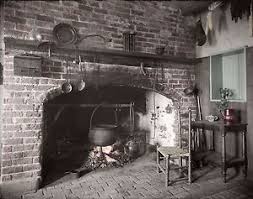 In the 1800's, cooking was the major part of a woman's day. Unlike today, there was no microwave or oven to turn on and throw something together. A housewife didn't depend on the grocery store where she picked up the food. Growing her own vegetables and processing their own meats took up huge amounts of time. A farmer or homestead did everything from scratch. Can you imagine the challenges we'd face today if we had to rely on ourselves?

Most farmers and homesteaders planted and ate their food in seasons. Which means certain times of the year fruits and vegetables were more abundant than in any other period. When the colder season came along, they'd have to find another way to preserve the food that would carry them through the winter months.

How did the homesteaders preserve their food? Either by drying, smoking or salting. All three of these drew the moisture form the foods so they would not spoil. Fruits and vegetables were laid out in the sun to dry. Meats were either smoked or salted. Rubbing salt on the meat, covering it up in a cool area for a few weeks would dry out the meat. During this process, more salt would be rubbed into the meat. After the meat dried, it was washed and left to age.

Another way was smoking or curing the meats. It would be hung from a hook in a room or a smokehouse with a fire pit. For a month long treatment, the smoke would dry out the meat and even added flavor.

For a woman, her work was long and hard. She would rise early to get the fire stoking to prepare the big meal of the day, breakfast. Some women were lucky to have a detached kitchen, but others cooked in the hearth of the fireplace. The pioneer women learned to stoke a fire in different ways depending on what they were making. For instance, a smaller flame was used to boil food while a more controlled flame would roast meat.

Meal preparation in the 1800's was much more complicated than in today's world. Back then it was the center of family lifestyles. Today, we can order a pizza or wings and let someone else do it. 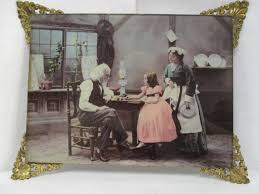 Would you have liked to live in the 1800's and had to work harder to prepare your meals or do you prefer today where it's much easier?