From the Republic of Texas to the Lone Star State 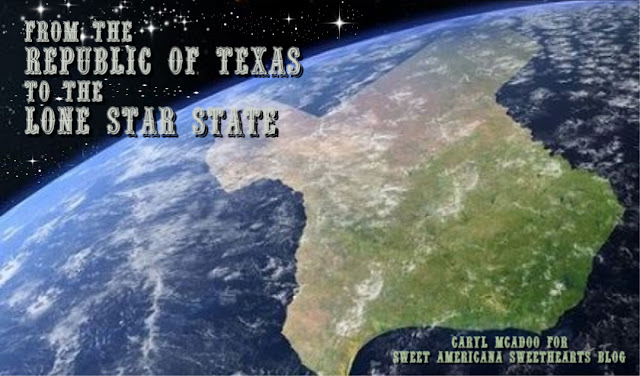 Texas is grand, and she is unique! 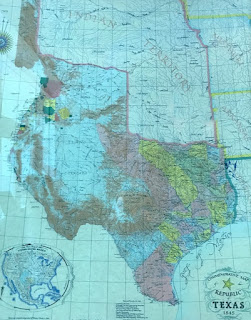 Unlike the other forty-nine states, Texas came into the union by treaty. President John Tyler negotiated the first Treaty of Annexation in 1844, but it took two more tries and the support of President-elect James Polk, before it was ratified on March 1, 1845---subject to acceptance by the Republic of Texas. It still had to be voted on by the Texicans.

Back then Texas claimed parts of what is now New Mexico and Colorado. The long little sliver went all the way north taking parts of Oklahoma, Kansas, and all the way up to Wyoming.

They fought for the Rio Grande to be the southern boundary in the Mexican-American war. In the treaty, the one-time Republic retained lands lying with her limits and a seven-mile boundary of her waterways. 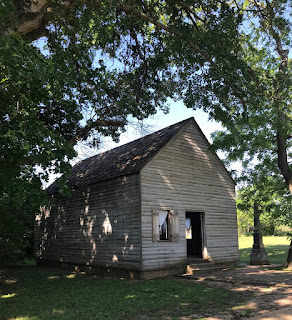 The right to split into five states (four, plus Texas) if desired by Texicans was also written into the agreement that brought Texas into the Union as the twenty-eighth state.

This is Independence Hall in Washington on the Brazos. It wasn't big and fancy where the Texicans voted to give up being an independent nation.

Ron and I visited on a research trip. There's a wonderful museum there, too. A great place for a Texas family outing!

History is carved in stone, but what if Texas had voted to remain a Republic? Only God has the answer to that question, but it has intrigued a lot of folks for many years.

My husband is a native-born Texan and says one of the worse days of his life was, as a seventh-grader taking Texas History in 1962, when he learned of Texas giving up her sovereignty to become a state. He's been a successionist ever since I think. I have to admit, sometimes I think I'd be the best thing to do, too.

No wonder we called my newest release TEXAS TEARS and set its opening scene just before the Texas Congress voted in favor of annexation. In our story, a fictitious Republic of Texas Senator takes the floor in the one room Independence Hall and holds his hand to his ear.

“Can you hear it, men? All over our Republic, Texas tears are falling like raindrops in a thunderstorm of sorrow.”

Another fictitious senator and hero of my story Thomas Baldwin was called upon and asked what he had to say.

“This I know: I love Texas. I have ever since having the good sense to come here. As most of you know, I fought with Houston, then Monroe and I rode together as Rangers, proud to serve with the greats like Baylor and Rusk.
“I’ve been all over the Republic and sure would like to know how those who gave their lives at Goliad, the Alamo, or San Jacinto would vote. But they can’t speak from the grave. So, it’s up to us now.” 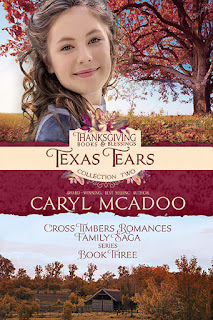 A compelling thought. While annexation is the backdrop for TEXAS TEARS, the story revolves around two young ladies, best friends who’ve grown up together, who fall in love with the same man—paralleling, a bit, Texas being pursued by two Nations, the U.S. and Mexico.

While it’s obvious how the people of Texas voted back then, who marries the new handsome young man remains to be seen. The one his domineering mother wants or the other his heart desires?

This is Arlene VanZandt on the cover, and I've fallen in love with her. She reminds me of my mother who was as good as gold with a servants heart that caused everyone around her to love her. She loved Jesus and wasn't afraid to follow Him through good times and bad.

Plus, Arlene loves to write, too! 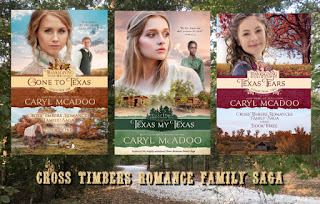 So, besides being book three in the Cross Timbers Romance Family Saga, TEXAS TEARS doubles as Book One in my treasured Thanksgiving Books & Blessings Collection. 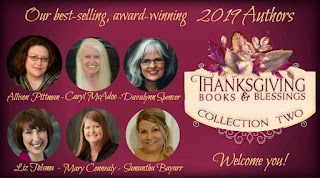 2019 marks the sixth anniversary of the “Thanksgiving Book & Blessings” November party, this year on the Thursday the 14th, two weeks before we all gather with loved ones to officially give thanks to God the provider of all good things in our lives.

Thanksgiving is by far my favorite recognized holiday of the year! 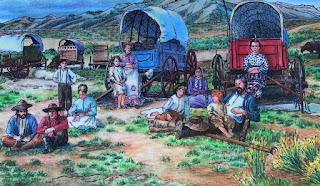 The great migration from east to west, fueled by the lust for free land, gold, and adventure didn’t end in Texas as we know. It even caught up a few folks in the new Lone Star State. That’s the backdrop for LEAVIN’ TEXAS, the fourth installment of the Cross Timbers Romances Family Saga scheduled to debut in January 2020, God willing. 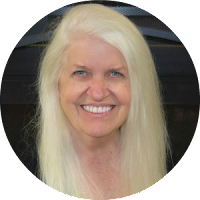 Bio: Award-winning Author Caryl McAdoo prays her story brings God glory! And her best-selling novels are blessed with a lion’s share of 5-Star ratings! With forty-four-and-counting titles, she loves writing as well as singing the new songs the Lord gives her—listen to a few at YouTube. She and husband Ron share four children and eighteen grandsugars. The McAdoos live in the woods south of Clarksville, the seat of Red River County, in far Northeast Texas, waiting expectantly for God to open the next door.

WANT SOME FUN? Here's a PUZZLE for you!
Posted by Caryl McAdoo at 3:00 AM