While I was writing my current work in progress, it become important to include a scene with a safe deposit box at a bank.

Then I started wondering... would they have had them way back then?

So I started digging into some research to find the answer. 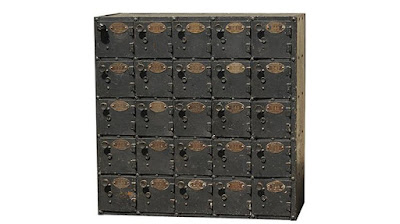 To find the origins of safekeeping valuables in return for a fee, the history travels back thousands of years to ancient Egyptians. Powerful individuals were entrusted to keep valuables safe in return for a fee. The arrangement was comparable to today's modern banking practices.

A lockable devise that resembled keys were discovered in the tomb of Pharaoh Ramses II who reigned in the 13th century BC.  It wasn't until about 2,500 years ago that the Greeks developed the equivalent of our modern vault.  Romans improved upon the locks by introducing metal as the primary material. Locks were smaller and keys could  be worn around the neck or tucked into a pocket.

The history of safekeeping by banks is best traced to the United States. The first commercial bank in America, the Bank of North America, was founded in 1782, followed by the Bank of New York and the Bank of Massachusetts. By the early 1800s, American banks began offering safekeeping services, although there is documentation providing evidence banks accepted "special deposits" for safekeeping prior to 1814.

In the beginning, a bank would store the valuables of a customer in an open vault where anyone could dig through that trunk of family silver or a case filled with gold. Then, in the 1860s, the first modern safe deposit box was invented. It revolutionized safekeeping for banks while also creating a safekeeping industry separate from banking institutions. 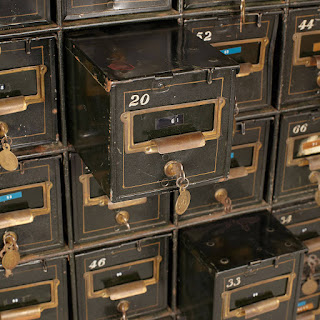 The Safe Deposit Company of New York, established in the mid 1860s, offered traditional safekeeping of trunks and packages, but also featured 500 hundred safe boxes of iron, each having its own lock and renters having control of each box.

Some credit the invention of the modern locking box to James Sargent, the man who invented the first key changeable combination lock in the early 1860s. However, no definite research is available to prove this is true. 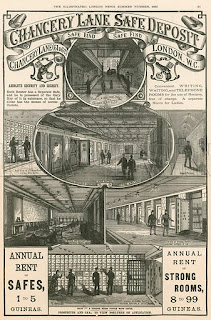 By the late 19th century, safe deposit corporations were thriving. Many banks provided the boxes at no additional charge to their customers while others charged a nominal fee. 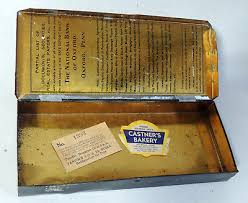 Eventually, banks displaced most of the private safe deposit business, although many companies offer that service in today's world.

If you could open a safety deposit box from 1890, what do you think you'd find inside?