FROM COWBOYS TO SOCIETY DAMES: TEA THAT PACKED A PUNCH by Marisa Masterson 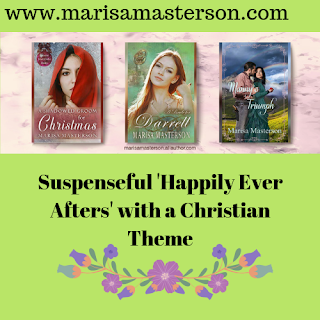 As I write this, I just learned we have a National Iced Tea Day. Okay, so I forgot to celebrate, but June 10th is actually set aside to commemorate iced tea. This sent my mind into motion. What is the history of tea drinking in the United States?


With the American Revolution, many colonists turned away from drinking tea. In fact there was a ditty from that time about it-- 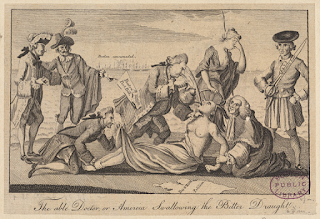 FAREWELL the Tea-board with your gaudy attire,Ye cups and ye saucers that I did admire;To my cream pot and tongs I now bid adieu;That pleasure’s all fled that I once found in you.…No more shall my teapot so generous beIn filling the cups with this pernicious tea,For I’ll fill it with water and rink out the same,Before I lose Liberty that dearest name…’ (10)
(https://destinationtea.com/teastory/)

It's because of this that we have the variety of herbal teas today. Colonists started drinking teas made from local plants rather than the imported tea.

If coffee was indeed America's choice for hot drinks, how was tea consumed? Through research, I was stunned to find out that punch is the the key word. Named that because these tea beverages packed a punch. One type of punch served had been called the Regent's Punch. After the Revolution, it went by more patriotic names such as Charleston's St. Cecilia Punch. Strained green tea and liquor along with sugar made up the drink. 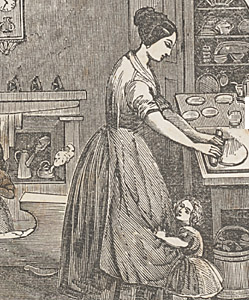 “Tea Punch – Make a pint and a half of very strong tea in the usual manner; strain it, and pour it boiling (hot) on one pound and a quarter of loaf sugar. (That’s 2 1/2 cups white sugar) Add half a pint of rich sweet cream, and then stir in gradually a bottle of claret or of champaign (sic). You may heat it to the boiling point, and serve it so, or you may send it round entirely cold, in glass cups.” (https://whatscookingamerica.net/History/IcedTeaHistory.htm) 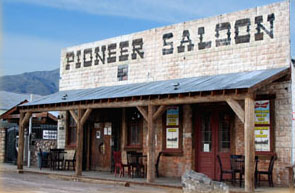 For a cowboy, a special type of tea punch was served. A tea was brewed from peyote leaves. Then tequila was added. Saloons in the west served this and called it Cactus Wine. (https://www.thewildwest.org/cowboys/wildwestwesternfacts/270-oldwestsaloon) 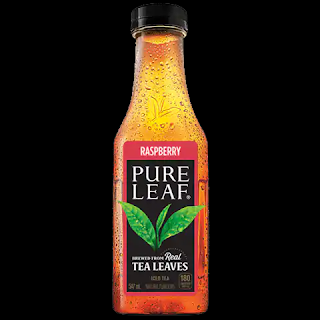 Not all tea punches carried this same alcoholic kick. During prohibition, tea punch was flavored with fruit juice instead of liquor. Probably that made it much like our raspberry or peach teas you can buy at the store.

In case you'd like to try a non-alcoholic tea recipe, here's the oldest southern sweet tea recipe in print--

“Ice Tea. – After scalding the teapot, put into it one quart of boiling water and two teaspoonfuls green tea.  If wanted for supper, do this at breakfast.  At dinner time, strain, without stirring, through a tea strainer into a pitcher.  Let it stand till tea time and pour into decanters, leaving the sediment in the bottom of the pitcher.  Fill the goblets with ice, put two teaspoonfuls granulated sugar in each, and pour the tea over the ice and sugar.  A squeeze of lemon will make this delicious and healthful, as it will correct the astringent tendency.” (https://whatscookingamerica.net/History/IcedTeaHistory.htm) 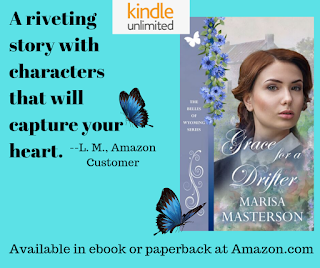 What will this teacher do when she is faced with a past she has hidden? Star-crossed lovers have a second chance when they're drawn into a woman's mysterious disappearance.