The lingering appeal of the Wild West and Doc Holliday 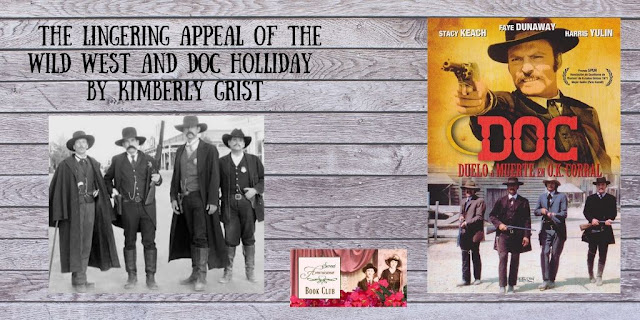 Turning the calendar to September is a satisfying experience for me. Because somewhere in the month is the hope of cooler temperatures and my favorite season, autumn. As the days grow cooler, I enjoy attending local fall festivals, especially when they are built around a notorious gambler, gunfighter and dentist. 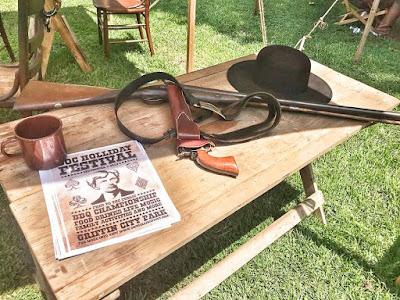 Doc Holliday is most well known for his participation with Wyatt Earp in the gunfight at the O.K. Corral in 1881. The battle itself lasted less than a minute. After almost 140 years, what do we still find so intriguing? Multiple movies have been made to retell the story of lawman Wyatt Earp. But strangely the character we love is a sickly dentist turned gambler and gunman known as Doc.


Perhaps the complexity of his character is the reason for his lingering appeal. His vibrant personality seeps in contrasts. Doc is a deadly gunslinger and gambler, yet smart, educated, flashy, witty, compassionate and a loyal friend. Add a bit of vulnerability, he's critically ill but bold, gallant and let's not forget his southern charm. 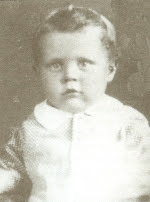 Born with a cleft palate on August 14, 1851, John Henry Holliday's mother fed him with an eyedropper and spoon. In what may have been the first time that ether was given to an infant in surgery, he was operated on by his uncle, Dr. John Stiles Holliday and assisted by Dr. Crawford Long.

He was schooled at home by his mother, who spent years training him to conquer his speech impediment. She also instilled in him the Southern etiquette and manners which would forever be part of his demeanor.


In 1864, his family moved to Valdosta, Georgia where his mother suffered from consumption, now known as tuberculosis, and died when he was fifteen. Three months after his mother's death, his father remarried. 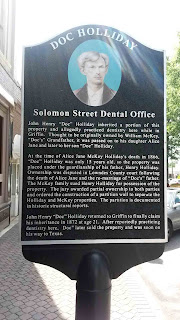 Holliday attended Valdosta Institue, where he received a classical education and in 1870, 19-year-old Holiday left home to attend the Pennsylvania College of Dental Surgery. He graduated five months before his 21st birthday. He returned to Griffin, Georgia in 1872 to practice dentistry. 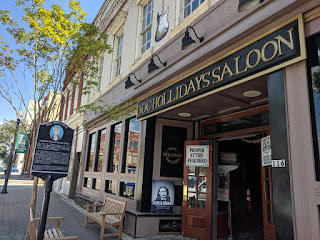 He was soon diagnosed with consumption and in 1873 ended his career as a dentist. Some say he didn't want his family to see him deteriorate and die from the disease. Others suggest he went west in the hope the climate would be beneficial to his lungs. Regardless he took the train to the literal end of the railroad line to Dallas, Texas. 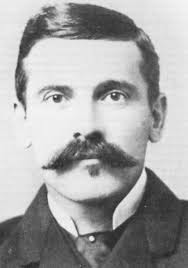 Holliday understood the gravity of his disease, and most likely considered himself a walking dead man. A realist, but at the same time, he remained hopeful for a cure. Doc found comfort in whiskey and gambling. 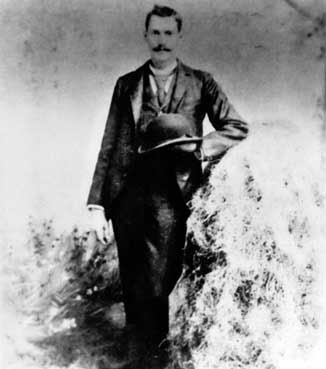 Texas was full of guns, knives and violent men, some of which were suffering from post-traumatic stress from the effects of war. Doc reinvented himself-from southern gentleman dentist to fabricate and develop a reputation as having killed more than a dozen men in various altercations. Researchers have concluded that he actually killed one or two men.
A case in point, when asked about one dispute, he responded: "Dave Rudabaugh is an ignorant scoundrel! I disapprove of his very existence. I considered ending it myself on several occasions but self-control got the better of me." ~ Doc Holliday

Holliday traveled from town to town following the money and gained a reputation as both a gambler and a gunman. In 1877, Doc was involved in an argument, but instead of going for his gun, he used his walking stick. His serious wounds compounded by worsening tuberculosis spurred a change of scenery. His next stop was Fort Griffin where he met Wyatt Earp and ultimately saved his life. 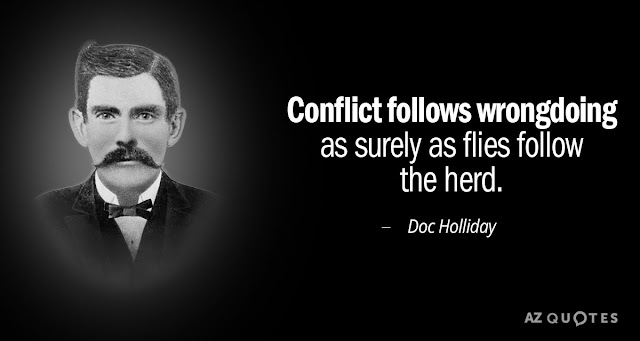 Earp and Holliday became fast friends. Eventually, Doc would join Earp in the wild boomtown of Tombstone Arizona. Due to recent silver strikes, the town was flooded with merchants and cash and short on law and order. By the end of 1880, Tombstone was embedded with organized rustlers and thieves called the Cowboys.
On October 26. 1881. Holliday was deputized by Tombstone city Marshal Virgil Earp. Virgil asked Doc to carry his shotgun under his coat and the four walked to meet and disarm five members of the Cowboys near the O.K. Corral, which resulted in a 30-second shootout.

The famous line quoted by Doc at the end of the fight was reported in the Tombstone papers. When confronted by one of the Cowboys at point-blank range, "I got you now Doc...., to which Doc retorted, "Blaze away! You're a daisy if you do!" 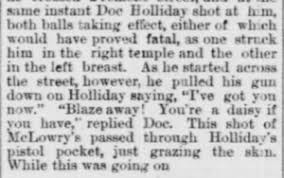 Following the Tombstone shootout, Virgil Earp was maimed and Morgan Earp was murdered. As the recently appointed deputy U.S. marshal, Earp deputized Holliday and others and formed a posse and pursued and killed the men they believed were responsible.

The local sheriff issued a warrant for the arrest of five of the members of the posse, including Holliday. Wyatt Earp learned of an extradition request for Holliday and arranged with Governor Frederick Pitkin to deny Holliday's extradition.
Doc died of tuberculosis in his bed at the Hotel Glenwood on November 8, 1887. He was 36.

On the same day, the Leadville Daily and Evening Chronicle wrote. "There is scarcely one in the country who had acquired a greater notoriety than Doc Holiday, who enjoyed the reputation of having been one of the most fearless men on the frontier, and whose devotion to his friends in the climax of the fiercest ordeal was inextinguishable. It was this more than any other faculty, that secured for him the reverence of a large circle who were prepared on the shortest notice to rally to his relief."


This past weekend my family and I attended the Doc Holliday Festival in his birthplace of Griffin, Georgia and we were fortunate to watch a reenactment of the famous shootout of the OK Corral put on by Aces & Eights. 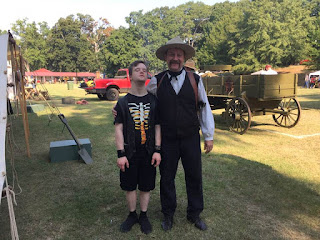 Both historically accurate and entertaining, the villains and heroes alike were gracious with their time. I was especially grateful for the extra attention they gave to my adult son, who has special needs. 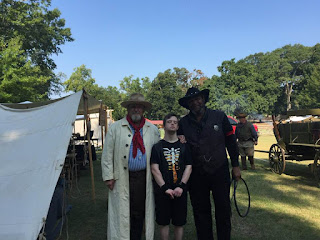 Wishing you, a Happy Fall, Y'all!

Combining History, Humor and Romance with an emphasis on Faith, Friends and Good Clean Fun. Kim's stories are written to remind us how God can use adversity to strengthen us and draw us closer to Him and give us the desires of our heart in ways we may never expect.
Facebook:  https://www.facebook.com/FaithFunandFriends/
Twitter: https://twitter.com/GristKimberly
Amazon Author Page: https://www.amazon.com/Kimberly-Grist/e/B07H2NTJ71

Posted by Kimberly Grist at 6:00 AM