Bachelors in the Old West 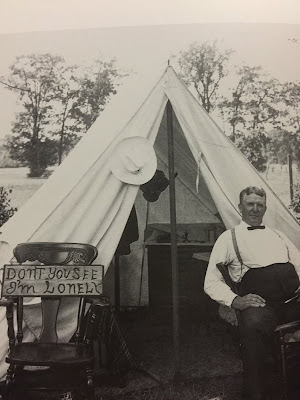 To some, the pleasures of courtship came far too late. Love failed to bloom, or fear overrode desire leaving in its wake a safe, though occasionally nervous unmarried man: the bachelor. His role in frontier society was well defined and embraced men from all walks of life, from dusty cowpokes to cranky Argonauts. When confronting a female presence they all seemed frozen to the spot. The prairies were huge and isolated. Without wife or family, the bachelor languished alone, or as many did, with other bachelors. Most did backbreaking work all day then had to do their own cooking and washing. Their only amusement the occasional card game or a trip to town. In town, there were gambling saloons and girls, but most men longed for the company of decent women.

The scarcity of women was particularly evident during dances. Square dances were popular back in the day and it was difficult to fill two or three sets with mixed partners. Men drafted to be women as dance partners wore handkerchiefs tied around their upper arms to reveal their "lady status." A reward of $0.25 per female was offered in the hope of finding women, but the money was seldom paid out. One Nebraska settler once quoted, "This is a lonely place for single women. There are a number of single men of marriageable age and nearly all have a bird in view as soon as they can get a cage ready. That is if a bird happened starts yeah ingenuity to our 5% to be flying in their vicinity.

Whether bachelor or married, frontier men maintained a complicated relationship with women. Some 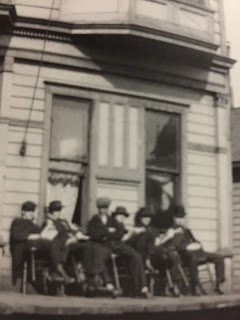 were conversationally disrespectful and cavalier about women. Others simply wanted to wed and weren't particular to who. Thankfully most men were chivalrous, this being in large part to arrivals from the South after the Civil War. Their gentlemanly codes of behavior eventually were adopted as Western traits. There was nothing more precious than a woman's honor noted a French visitor, Alexis de Tocqueville, who upon visiting the West was surprised at the relatively esteemed position of American women compared with that of Europeans. British traveler Isabella Bird was impressed by the number of American men who leaped to their feet to offer her their chair. ha 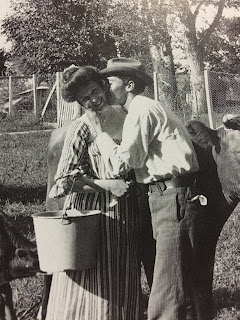 The fact was, single men depended upon women. Who else could fix rips in their clothing and bake bread? "Batching it" did not come easy for men. The bachelor's meal lacked variety, especially when the bachelor was working in the field. One man, by the name of Anderson, would cook up a large kettle of oatmeal in the morning, eat some of it at noon and if there was any left in the evening, finish it for supper. Bachelors longed for dinner invitations and would go to any extreme to sit down in an actual family setting.

You can read more about the life of bachelors in my new book, Mail-Order Bride Ink: Dear Mr. Comforts. Three brides. Three grooms. What can go wrong?

You can check out Dear Mr. Comforts on Amazon
Posted by Author Kit Morgan at 1:00 AM