A Day to Honor Veterans

World War I, which was known at the time as “The Great War”, officially ended when the Treaty of Versailles was signed on June 28, 1919, in the Palace of Versailles outside the town of Versailles, France. However, fighting ceased seven months earlier when an armistice, or temporary cessation of hostilities, between the Allied nations and Germany went into effect on the eleventh hour of the eleventh day of the eleventh month. 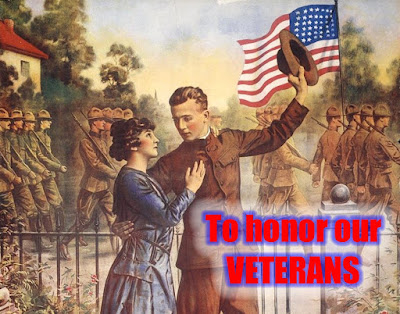 Veterans Day originated as “Armistice Day” on Nov. 11, 1919, the first anniversary of the end of World War I. It is still known by that name in many nations.

To read President Woodrow Wilson’s speech concerning this recognition, you may find it on Wikipedia by CLICKING HERE. Congress passed a resolution in 1926 for an annual observance, and Nov. 11 became a national holiday beginning in 1938. Unlike Memorial Day, Veterans Day pays tribute to all American veterans—living or dead—but especially gives thanks to living veterans who served their country honorably during war or peacetime.

The Uniform Holiday Bill was signed on June 28, 1968, and was intended to ensure three-day weekends for Federal employees by celebrating four national holidays on Mondays: Washington's Birthday, Memorial Day, Veterans Day, and Columbus Day. Including Veterans Day as a Monday holiday became unpopular, so it was changed to the actual day. Only, this year, with November 11th falling on Sunday, as a holiday, it is observed today, Monday the twelfth.

While the holiday is commonly printed as Veteran's Day or Veterans' Day in calendars and advertisements (spellings that are grammatically acceptable), the United States Department of Veterans Affairs website states that the attributive (no apostrophe) rather than the possessive case is the official spelling "because it is not a day that 'belongs' to veterans, it is a day for honoring all veterans." 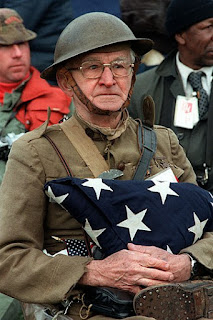 The military men and women who serve and protect the U.S. come from all walks of life; they are parents, children, grandparents, friends, neighbors and coworkers, and are an important part of their communities. Here are some facts about the veteran population of the United States: 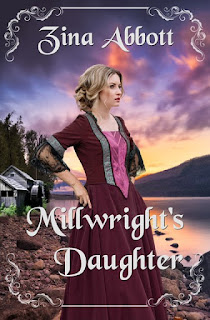 My Millwright’s Daughter as a single has gone live today. It is part of the anthology, Undera Mulberry Moon which is still available for a short time. If you read it as part of the anthology and would like to leave a review for it as a single, I would greatly appreciate it. You may view the book page on Amazon including the place to add your review by CLICKING HERE.

Here is the book description:

After the death of her mother in 1882, Eliza Wells goes to live with her grandmother, Caroline Arnold, whom her parents named as her guardian. Not long after her grandmother has a stroke, her uncle, Joseph Wells from Kerr’s Ferry, California, whom she has never met in person, arrives in Ohio and whisks her away for a visit with family while her grandmother recovers.

At first Eliza enjoyed visiting her cousins in California. Now she grows concerned at her uncle’s repeated refusals to arrange for her transportation home. Her grandmother has not replied to her letters, so Eliza can no longer look to her for help.

Joseph urges Eliza to spend time with his business associate, Daniel Irwin, almost fifteen years her senior. Unlike her cousin, Eliza does not care for Daniel. The only man for whom she feels an attraction is the new freight driver, Kit Halsey.

Startling details from the past come to light, and the only person Eliza can turn to for help is Kit—if he is willing to risk his future to save her.
Posted by Zina Abbott Author at 12:47 PM