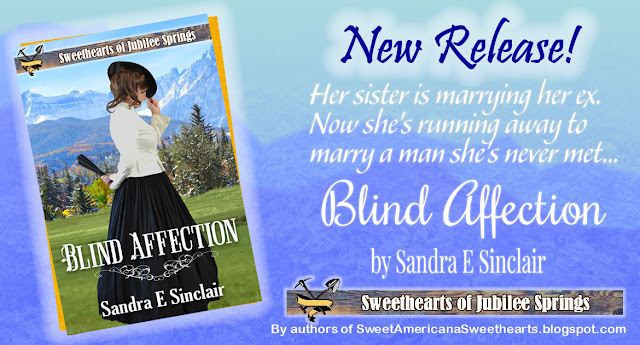 Lily Whitefield’s once prized debutante status, went unfulfilled, marred by a cruel, fateful accident. Now her sister is marrying the man she loves. Trapped by her imperfection, Lily decides to escape the prospect of spinsterhood by being a mail-order bride. She sneaks away, leaving her safe, cushioned existence behind and boarding a train to Colorado to marry a man she’s never met.
Uncertain if he’d ever find true love, or simply an honest woman who saw him as more than a purse, a financial wishing well, Wythe Radcliffe sought the advice and aid of a Matchmaker from a mail order bridal agency. But he already had the girl in mind. He’d been writing to her for the past two years. He just needed a little help.
Lily has her own money and flaws, she’ll make him the perfect wife. After all he wasn’t perfect either.
Broken and scarred by the tragic events in their past. Can Lily and Wythe heal and build a loving future together? 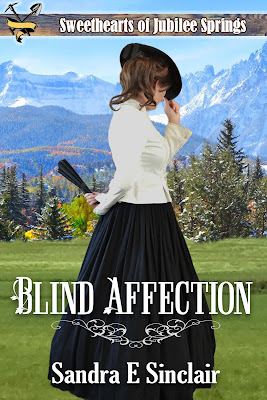 You may purchase Blind Affection on Amazon by CLICKING HERE.

You may learn more about the author, Sandra E. Sinclair, by clicking on the tab with her name at the top, or by CLICKING HERE.

To read and enjoy all the books in the Sweethearts of Jubilee Springs series, please sign up and follow us on Amazon by CLICKING HERE.

Also, if you are on Facebook, please join the Sweet Americana Book Club by CLICKINGHERE.