Back in the Day with Berries - Jelly Receipts from 1870s 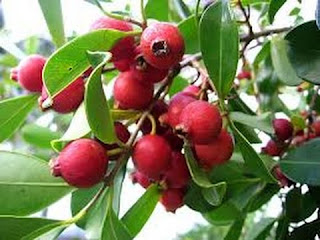 When I was a little girl our yard had a strawberry guava tree and in the summer months I would pick baskets and baskets of the tiny fruits that were between the size of a nickel and quarter. After I had a box full of the little things, we'd drive into town and take them to one of my great grandmother's friends, Mrs. Sato. And I'd sit in the kitchen with Mrs. Sato for hours while she made Strawberry Guava Jam or jelly. For the life of me, I can't remember how, but I remember the perfect head of silvery gray curls that crowned her head and the way the breeze would blow in through the glass slats from the direction of the mountains.
Today, as I sit in the stifling heat of my room, I came across some Jelly receipts in my Peterson's Ladies Magazine from 1878.

(necessary disclaimer... because I need you to know 1) I have NOT tested this receipts/recipes so if you want to try them out I can't say how they'll turn out or even if they are safe to try (these were from the late 1800s where things like asbestos were 'amazing' things and 2) receipts is an antiquated form of the word recipe and what it's called in these period books, so that's why I use that word to describe them) 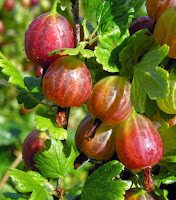 Gooseberry (Green). - Boil some carefully picked green gooseberries in water, three-quarters of a pint to each pound of fruit, reduce them to a pulp - it will take about half an hour - strain through a jelly bag, weigh the juice, and to every pound allow one pound of pounded sugar; boil up the juice quickly, add the sugar, boil till reduced to a jelly (about twenty minutes), skim and stir well; pour into pots.

Gooseberry (Red). - Make it in the same way as the green, but three-quarters of a pound of sugar will be sufficient for each pound of juice. In straining the juice, be careful not to press the fruit. The surplus fruit, with the addition of some currant juice, can be made into common jam for children and servant's pudding, etc.

Barberry. - Take ripe barberries, carefully reject any spotted or decays ones, wash, drain them, and strip off the stalks. Boil with a very little water till quite tender, press out and strain the juice, weigh it, and allow three-quarters pound of pounded sugar to every pound of juice; boil up the juice, add the sugar, and boil for ten minutes, skimming and stirring as above. 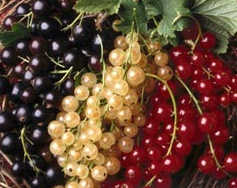 Currant (Red). - Pick the fruit and simmer it in water for about one hour, or until the juice flows freely; strain, weight and allow three-quarters of a pound of sugar to the pound of juice; boil up the juice, add the sugar, and boil again, skimming and stirring well for fifteen minutes. Put into small pots, and when cold and firm cover it.

Currant (Black). - Make it in the same way, but use rather a larger proportion of sugar.

Currant (White). - Pick the fruit carefully, weigh it, and put into the preserving pan equal quantities of fruit and sugar. Boil quickly for ten minutes, and strain the juice into the pots; when cold and stiff cover them.

I think receipts like this in Peterson's or Godey's magazines were valuable to ladies who lived in cities, but I can imagine how much the ladies in the west who were sometimes more isolated than others would use these to add to their own knowledge in preparing foods for their families. 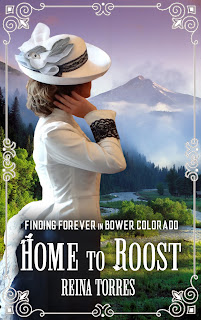 In my latest release, "Home to Roost," Brigid may need some of these helpful receipts in the near future after she meets and marries her husband...


She didn’t have a place to belong. He thought he was happy by his lonesome. When she stumbled into his life, everything changed.

In the whole wide world they managed to find each other. Would they walk away from their happiness, or would they bring their love home to roost?
Posted by Reina Torres at 12:00 AM