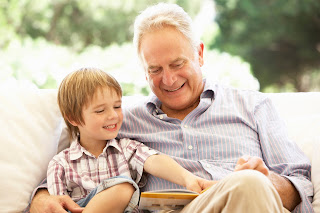 Have you ever read a book, or a series, and wondered what the characters would be like in the future?

Not just a few years down the road (although that thought dances around in my mind), but far into the future when that head full of rich, dark tresses is  peppered with gray or those big, brawny shoulders are now a little stooped.

One series I've had such fun writing is called Pendleton Petticoats. After releasing the eighth book a few months ago, the characters feel like close members of my family.  So, I can't help wondering from time to time what all those characters will be like in their golden years.

When I began writing my second World War II romance, and chose Pendleton for the setting based on the airfield that was once there, I knew I had to work in some of the Pendleton Petticoats characters. Although the World War II romance is in a separate series, it was fun for me to imagine what those fun folks from Pendleton might be like forty years into the future.

Surprisingly, I could easily picture them in my minds eye. So a handful of them have guest appearances in the story.

Here's a little snippet describing Kade Rawlings. In the Pendleton Petticoats series, he was a young, handsome deputy. This is how he looks in his golden years:

“Delaney Danvers! What in thunderation are you up to now, girl? Every time I turn around you’re in one fine mess or another,” Judge Kade Rawlings joked as he rose from his desk and stepped around it. Not quite seventy, the judge still had clear, arresting green eyes, a physique that made men half his age jealous, and a teasing smile that turned heads. Years spent as a deputy and then sheriff finally inspired him to go into another form of the law. He’d served Umatilla County as a judge for the last ten years with a firm hand and a jovial sense of humor.

“Judge Kade Rawlings, I’d like you to meet Sergeant Klayne Campbell,” Delaney said, then turned to the soldier beside her. “Klayne, Judge Rawlings has known my family for a long time. His wife is the one who started the Italian restaurant we ate at the other night.”

“The lasagna was the best I’ve ever eaten,” Klayne said, holding out a hand to Kade. The man appeared to be a gentle giant. In spite of his broad frame and towering height, he had deep laugh lines and the kind of engaging smile that said he was always ready for an adventure. The two men shook hands...

All he needed was a bride…
Who said anything about falling in love?

Orphaned at birth and a loner all his life, the last thing Sergeant Klayne Campbell needs is for feisty Delaney Danvers to entangle his thoughts.  Bravely volunteering for a top-secret mission almost certain to get him killed, Klayne can’t bear the thought of dying utterly alone. All he wants is to face death knowing his life meant something to at least one person. Offering Delaney a marriage of convenience, he plans to leave behind a war bride as his beneficiary. After just one night as her husband, Klayne realizes he’ll do anything to survive and return to her.

The moment she met handsome Sergeant Campbell at a holiday party, Delaney’s whole world shifted off kilter. Full of fun with an unquenchable zest for life, she isn’t afraid to go after what she wants. And what she wants is Klayne. When he prepares to join a hazardous mission, she seizes the opportunity to give him a reason to fight his way back home — to her heart.

A tender, sweet romance rich with history and enduring love, Home of Her Heart captures the era and emotions prevalent during America’s entry into World War II. 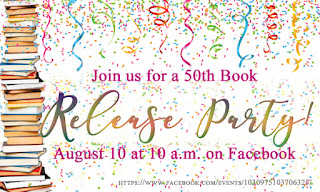 Also, you are invited to join us for a party today to celebrate the release of Home of Her Heart, my 50th book!  The party runs from 10 a.m. to 1 p.m. on Facebook. I hope to see you there!

A hopeless romantic with a bit of sarcasm thrown in for good measure, Shanna Hatfield is a USA Today best-selling author of sweet romantic fiction written with a healthy dose of humor. In addition to blogging and eating too much chocolate, this former farm girl is completely smitten with her husband, lovingly known as Captain Cavedweller.