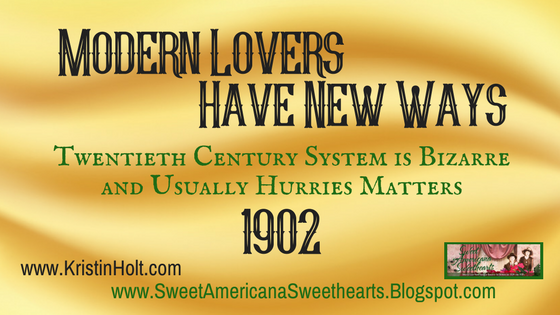 I love hearing about how couples met, the unique stories about their dating, and what brought them together. Must be the romance writer in me. But maybe not. I think I'm just a hopeless romantic. I found this treasure when searching my favorite vintage (Victorian-era) newspaper repository for "Correspondence Courtship" (as revealed by the yellow highlighter I forgot to turn off when saving the images). Such means of courting was considered quite proper...as long as it took long enough. Victorians liked to be certain.

This newspaper article, originally published in Chicago Daily Tribune on September 7, 1902, caught my attention. I find the more things change the more they stay the same. Two years into the Twentieth Century, folks thought young couples went about courtship and marriage the wrong way. I suspect that early in the twenty-first century, people thought young folks still went about courtship (dating? hanging out? living together?) the wrong way.

This article shares several short stories about how young couples met and married--and therein reveals unique slices of life at the Turn of the Century (as in 1900). I hope you enjoy these tales as much as I did!

Interesting, isn't it? Coney Island, an undertakers, divorce (gasp!) and immediate remarriage, a "newspaper bride" as a result of a correspondence courtship, and childhood sweethearts reunited. Even a bride-swap. Sigh. The stuff of dreams. Or romance novels.

What is the craziest wedding you ever heard of? Or the most unusual (perhaps rapid) courtship / dating story? Perhaps one that occurred "back in the day", such as your grandparents' (even if it's not crazy or rapid)? I LOVE the nineteenth and twentieth centuries and the courtships and commitments made by grandmas and grandpas. Please share! We hopeless romantics would love to know the juicy details. 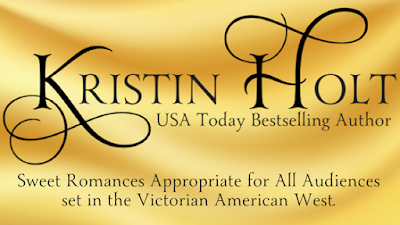