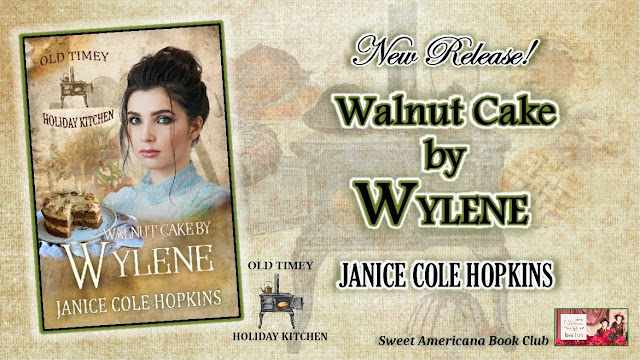 Today, we are excited to announce the release of

About Walnut Cake by Wylene: 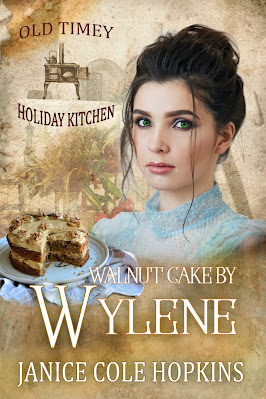 Jackson Young brings the woman he wants to marry home to Kentucky to meet his parents, but Helen doesn’t act like the same woman away from Boston. He’s stunned by her selfish, snobbish attitude and shrewish behavior. As he reacquaints with people he hasn’t seen in five years, he notices Wylene Ward and remembers the time he rescued her from a group of bullies when they were in school. She’s turned into an attractive, caring woman who bakes the best walnut cake in the world. Suddenly, Jackson finds himself courting one woman but thinking about another. How can he remedy the situation and find his place as a new lawyer? Will it be in Boston as he’d originally thought or in Green Knoll, Kentucky, the place that still feels like home?

Wylene Ward squeezed her eyes shut and wished she could close her ears.

“Sugar! Sugar! Give us some sugar,” the older boys taunted. Their laughter rumbled around her after each comment.

She didn’t look to see who said what. She wished she could run away, but they had her cornered.

She grimaced, and fear coursed through her as she listened to them move closer. They wouldn’t pull up her dress, would they?

“Go away. Leave me alone.” The words came out weak and shaky instead of commanding and firm the way she wanted.

How did they even know her mother had made her drawers from sugar sacks? The ones she had on were new, and the washing and scrubbing hadn’t bleached the black lettering from the cloth yet.

But she knew the answer as soon as the question ran through her mind. The stairs. The older students went to classes on the second floor of the schoolhouse, and the younger students sometimes played games on the outside steps designed as an escape in case of fire. Someone had no doubt hidden in the shadows beneath the open steps to look up the girls’ dresses.

When she sensed someone close enough to feel his breath upon her neck, she opened her eyes. She didn’t take time to figure out what he intended to do but opened her mouth to scream when hands jerked the bully away from her. She looked into the face of Jackson Young.

“What do you think you are doing picking on a young girl like this?” Jackson shook the bully a little with each phrase he spoke. “What is wrong with you?” The other boys had run for their lives, but Jackson held this one with a firm grip.

“We didn’t mean nothing by it, Jackson.” The boy almost whined. “We were just having a little fun.”

“And you think harassing a young girl is fun?” Jackson sounded completely disgusted. “You need to adjust your way of thinking, and if you bother Wylene or anyone like this again, I’ll give you an adjustment you won’t forget.”

Wylene almost gasped. Jackson knew her name. Did he remember her?

“Do you understand me?” Jackson gave the boy another good shake as if he could shake the answer from him.

Jackson looked as if he didn’t think that answered his question thoroughly, but he gave a decisive nod. “See that you don’t bother her again.”

He gave the bully a shove, and the boy took off running.

Jackson turned to her. “Are you all right?” The softness in his voice brought tears to her eyes.

Ugh. She hadn’t cried at all during the harassment, but now that it had ended, the tears flowed down her face. She didn’t want to cry in front of Jackson. At fifteen, he had the respect of teachers and students alike – unlike her. At ten, Wylene didn’t get much respect because her father had been killed in the war, and she and her mother barely scraped by. They were too poor to matter to most people.

“Ah, don’t cry.” Jackson kneeled beside her and wrapped her in his arms. “It’s going to be all right. I’ll see that no one bothers you again. Once it gets out that I took up for you, I’m hoping that no one will dare mistreat you.”

She burst into sobs and cried even more because it embarrassed her to be crying on Jackson’s shoulder. He held her gently and stroked her back as he tried to comfort her.

She wanted to stay in his arms forever, but she knew she couldn’t. She pulled back, hoping the water from her tears would disguise what ran from her nose.

“Here.” He gave her a tender smile as he handed her his handkerchief. “You keep that in case you need it later. I don’t need it back.”

“T-thank you.” She wished she had more words to tell him how much she appreciated his help. She wanted some eloquent, fancy words to let him know the emotions that warmed her heart, but she couldn’t locate any.

“You know, some people are jealous of you.”

“Of me?” She looked down at her faded, worn dress. What did he mean?

“I see you in church now and then, and I saw you in the schoolwide spelling bee. You’re a smart little thing – much smarter than most. I expect you’ll do great things when you grow up. Now, you’d better go. Your class has already gone inside.”

She nodded and turned to go, although she didn’t run the way she should have. Instead, she had to fight with her feet to get them to move in the right direction when they wanted to follow Jackson.

She didn’t look behind her because that would make leaving his side even more difficult. He’d made her feel so safe and protected in his arms, even more so than when Mama held her. Jackson Young had just become her hero.

Walnut Cake by Wylene is now available for sale and at no additional cost on Kindle Unlimited. To find the purchase link, please CLICK HERE. 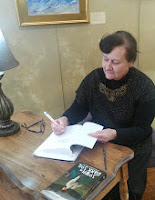 Janice Cole Hopkins is a prolific writer who has published thirty-six books in five years. She has a special affinity for the Appalachian Mountain region where she grew up but has traveled to all fifty states and lived in the West, too. She has three books that have been Amazon bestsellers and is always busy writing on her next one.

Posted by Zina Abbott Author at 9:19 AM