Dogs of the Old West

Dogs have been around for thousands of years, but did you know that hounds used by many frontier hunters and ranchers belong to a canine group called gaze hounds, or sight hounds? These dogs hunt by sight and speed rather than smell and endurance, as more familiar hound dogs (called scent hounds) do.

Sight hounds come in various sizes from the Whippet (25–40 pounds) to the Irish wolfhound (160 pounds). Gazehounds also share some common physical traits—deep chests, long legs and strong hindquarters. Three types of Sight Hounds (also known as gaze hounds) came to the American West in the 1800s. These were the Scottish deerhound, the greyhound and the Russian wolfhound, or borzoi. These breeds contributed to gazehound hybrids and evolved into the so-called American staghound. 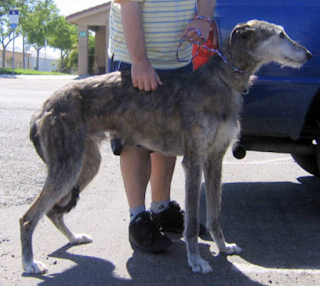 Like a blend of nationalities, this truly American dog was strong, incredibly fast and courageous. He could perform the hunting tasks necessary to settle the Wild West and had many names. Russian and Irish wolfhounds, deerhounds, shag dogs, long dogs, Celtic greyhounds, Highland greyhounds or wolfhounds, sight dogs, wolf dogs and shaggy greyhounds—but staghound was the general term used in the 19th century, and it remains in use today. American staghounds have been bred for years, the AKC (American Kennel Club) has yet to recognize the breed.

Custer used Scottish deerhounds to hunt. They were members of one of the tallest gazehound breeds, resembling greyhounds but larger (more than 30 inches at the shoulder), heavier boned (about 100 pounds on a muscular frame) and with rougher, longhaired coats. The deerhound was bred to hunt red deer, or stags, in Scotland and was one of the early arrivals on the Great Plains. Custer also used them to hunt deer, elk, antelope, foxes, coyotes and jackrabbits. 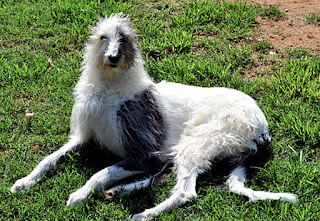 These dogs also proved valuable against predators. As settlers and ranchers moved onto the Great Plains, their cattle, hogs, and sheep often fell victim to wolves, coyotes, bobcats and even mountain lions. On more than a few ranches, hunting wolves and coyotes became a primary winter job. Once the rancher spotted a predator, he would release the hounds. The chase was “like watching a racehorse catch a pony,” according to one Nebraska coyote hunter.

So the next time you think about dogs in the old west, remember the Sight Hounds that helped settlers and frontiersmen alike.