How Some Holiday Traditions Got Their Start - by Kimberly Grist 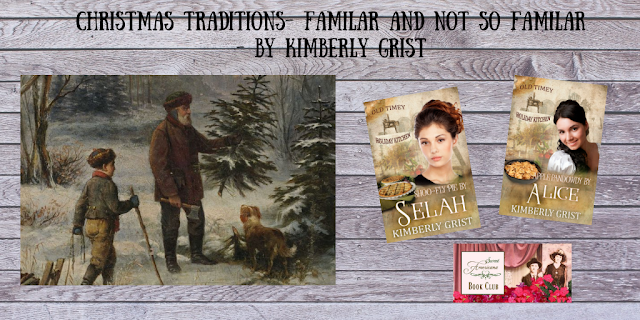 Many English traditions were forgotten after the Revolution, as Americans sought to establish their own beliefs and ways of doing things that fit with their unique identity.  It was only after the first half of the 19th century that Christmas customs were reinvented. Ancient traditions from previous generations were combined with modern American influences and slowly shaped Christmas into a unifying holiday.

Another tradition with origins in Germany and date back to 1670 in Cologne, one popular account is that a choirmaster wished to quiet the children in church and commissioned a candy maker to design the candy in the shape of a crook to remind them of the shepherds who came to visit baby Jesus at His birth. The candy was handed out to children as they watched plays concerning the nativity. 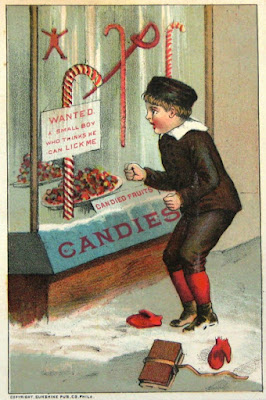 The first reference in America to the candy cane was in 1847. A German immigrant from Wooster, Ohio decorated his Christmas tree with candy canes.
The earliest patent for a candy cane was filed by the Bunte Brothers of Chicago, Illinois in 1920. 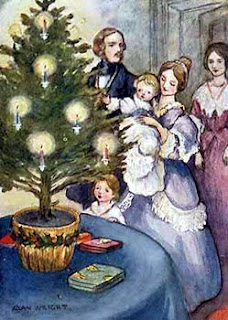 In 1834, Britain’s Queen Victoria brought her German husband, Prince Albert, into Windsor Castle, introducing the tradition of the Christmas tree and carols that were held in Europe to the British Empire. 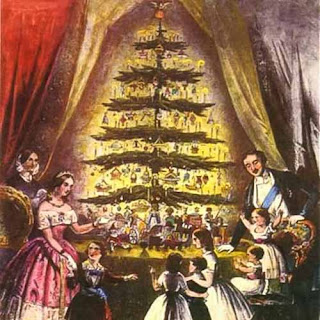 The above picture was based on an image of Queen Victoria and her decorated Christmas tree previously published in The Illustrated London News in December 1848. 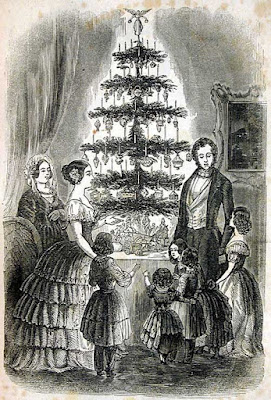 A revised version was copied in Godley's in 1850 and removed what was referred to as royal trappings from Victoria's tiara and Prince Albert's mustache to remake the picture into an American scene. It was the first widely circulated picture of a decorated evergreen Christmas tree in America and was reprinted in 1860. By the 1870s, a Christmas tree was common in the United States. 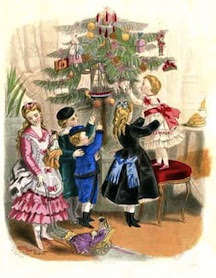 Superstitions and Folklore - Listen for the crow

While researching traditions in the 19th-century, I discovered some superstitions steeped in tradition, about Christmas and marriage.

From the land that introduced the Christmas tree, an old German superstition stated should a maiden wish to know if she'll be married in the year, she should go out to the chicken coop on Christmas Eve and knock on the door. If she hears a rooster crow, she will. But if she hears a hen instead she won't.

In the 19th century, Christmas cakes were often part of the celebration, although it was considered unlucky to cut into one before that day. A portion also had to be preserved until Christmas Day

Speaking of cake, one folktale suggested that if you place a piece of wedding cake under your pillow you will dream of your future spouse.

What's Cooking, It Must be Romance?

If you're like me, you find the highlight of our holiday meals isn't the roast beef or turkey, it's the desserts. From Figgy Pudding to Shoo-fly Pie, some of our favorite recipes have long family histories. 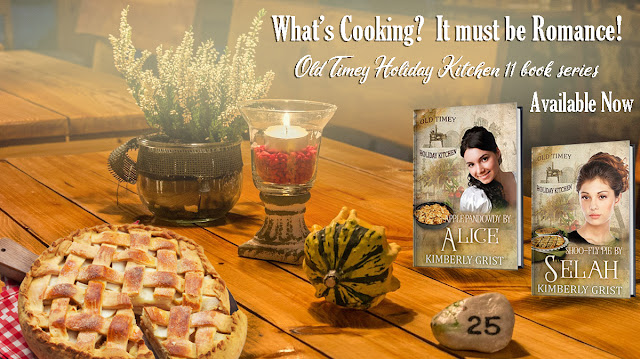 Shoo-fly Pie by Selah- Can this mail-order bride handle the diversity that comes with her husband’s dangerous vocation? Together will they blend their opposing desires to create a recipe for love?

Apple Pandowdy by Alice - Two men in competition to capture the heart of a cautious cook. Is this a recipe for disaster or true love?

Check Out The Entire Collection- Stories of romance including holiday recipes. 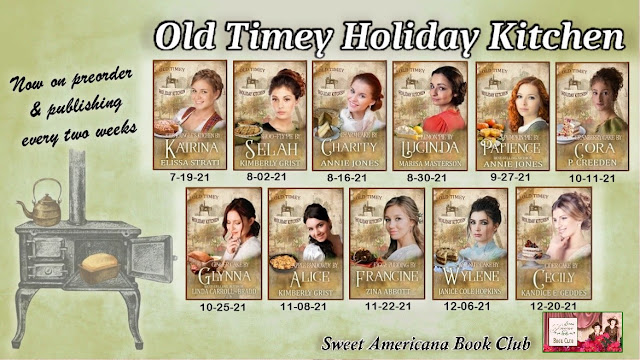 Posted by Kimberly Grist at 4:52 AM