AM I WEARING A BLOUSE? by Marisa Masterson

Shirt waist or blouse? When did women stop wearing shirt waists? After all, that is a term I use in many of my historical romances. Should I be calling the shirts actually blouses?

It's a hard question, As I started my research, I came to quickly see that the terms are interchangeable. Until the 1920s, stores advertised most every shirt or blouse as a shirt waist or simply a "waist".

By taking a close look at the clothing, I can see that none of these have buttons running down the front. That seems to be key to the difference. The soft look for a woman who wants something feminine to wear outside of work was popularized by the Gibson Girl. She not only wore the puffy updo but also sported at lovely blouse. 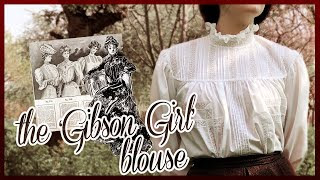 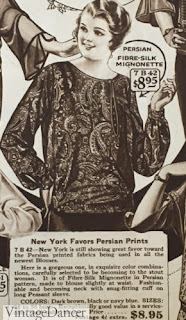 In the progessive era that was the 1920s, women's fashions changed. Stores began to advertise both shirts and blouses for ladies. The term "waist" was still used, sometimes interchageably for both shirts and blouses. This seems, though, to be the birth of our modern term "blouse". We have the softer look of blouses that hung untucked down a woman's body to soften her curves. Remember, during the Roaring Twenties, it was all about the straight look. 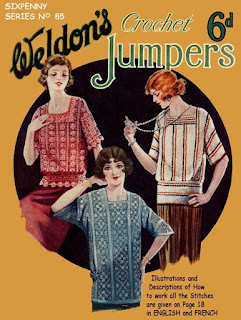 But what about the shirt waist? Buttoned up the front and looking like a man's shirt, it became a symbol at the beginning of the twentieth century for the freedom of women. It was especially associated with women in the workforce. Because women were ideally suited (it was believed) to operated typewriters, the way was opened for many young ladies to move to cities and find jobs somewhere other than merely a garment factory.

"The typewriter is especially adapted to feminine fingers. They seem to be made for typewriting. The typewriting involves no hard labour and no more skill than playing the piano," wrote John Harrison, in his 1888 Manual of the Typewriter. (https://www.bbc.com/news/magazine-23432653)

So, I look at what I am wearing. My blouse has buttons down the front. No, I can be sure I am not wearing a blouse.

Enjoy the flavor of 1900 in my turn of the century Christmas story Mail Order Lucy. 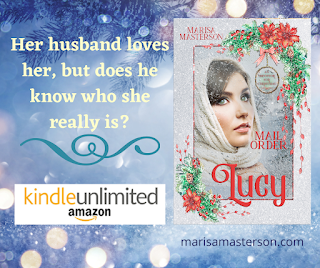 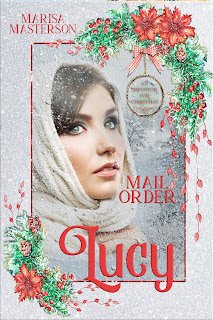 Disgraced and sent east to live with an old-maid aunt, Lucinda jumps at the chance to take Maggie's place. She'll marry a wealthy rancher, a dream come true.
A farmer and not a rich rancher waits for her. Anders Andersson expects a Swedish mail-order bride. Immediately, he senses that the beautiful woman who doesn't speak a word of Swedish hides more than one secret. No matter, he's anxious to marry her and desperately needs her help on the farm.
Isolated, will Lucinda discover who she really is as she pretends to be Maggie? What will happen when the real Maggie suddenly arrives at the farm?